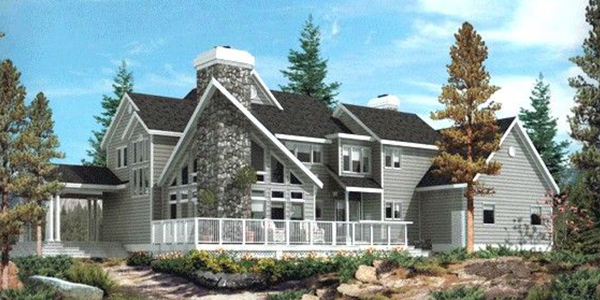 It was some 50 years ago that Gaylord Lindal figured out selling factory-designed and built homes was an economical approach with huge potential. With $50 he began to start a business that today sells $100 million (Canadian) in houses per year.

Today, Toronto-based Viceroy Homes is a leader in the design, engineering and manufacturing of exceptional custom-home packages for both owner/builder clients and
professional contractors. The company’s strength resides in the knowledge and experience of a dedicated team of professionals, and is reflected in the tens of thousands of homes it has manufactured to date.

The Viceroy building system is well suited for people seeking to bring their dream of a custom home to life. Viceroy’s architecture and engineering teams help a customer create a design that reflects personal tastes and ideas and then produce a high quality home package that is backed by a comprehensive support and warranty system.

The company has a well-deserved reputation for innovative designs, distinguished
by vaulted windows, soaring cathedral ceilings, lavish use of glass, dramatic rooflines and a sense of space rarely seen in custom homes. Customers can choose from more than 100 models, which can then be used to construct a superior home with quality materials in the most affordable way.

And the entire collection is available in its catalogue package.

“The advantage to the individual is that he receives customized services as well as design and engineering work that he would have to pay a substantial amount of money for if he went to an architect,” said Lindal.

A Home to Retire In
Lindal says the best overall description for the Viceroy structure would be a retirement home. That’s because the people buying them are often either intending to retire immediately or may build it now as a lakeside vacation home and move into it some years down the road. The system is designed to provide a comprehensive product offering that combines value, quality and secure pricing with ease of ordering. Starting in the design department, the company produces architectural drawings from which it then produces the exterior package, commonly referred to as the “shell to lock up” and an optional interior package of natural wood products.

Lindal first founded the company in Toronto as a vacation-home package supplier.
In the 1950s and 1960s, cottages were simple structures – small and flimsy and relatively do-it-yourself kits. At the time, Lindal had relatively no experience in the world of fabricated housing. He was working for a dealer for another packaged home company when he decided to use that $50 to take out a classified ad for custom-built cottages. He got a call and persuaded the customer to send a $200 down payment. With that, Lindal bought more classified ads and continued that way till he had 10 orders.

Over the years the country home business has evolved into the current stage in which every home is built to national housing standards and most country or retirement homes tend to be relatively luxurious. As the years went by, he branched out into residential homes. Ultimately, the company began exporting home packages, primarily to Japan. Now the majority of the business is in overseas exports.

Viceroy’s headquarters is in Toronto with factories in Port Hope, Ontario and Vancou-ver, which services its business on the West Coast and Japan. The company went public on the Toronto Stock Exchange in 1987.

Viceroy home packages are available through a wide network of sales offices and independent distributors throughout North America. With state-of-the-art manufacturing facilities on both the East and West Coast, Viceroy ships home packages to clients throughout the world. In fiscal year ending March 31, the company had revenues of $100 million. This year the company estimates revenues will be $110 million.

Exports
Viceroy’s special focus and primary export market is in Japan. In fact, Lindal’s son, Chris, who is the company’s chief operating officer, even learned Japanese to better serve this market. The company’s export business had been scattered throughout the years but really expanded with the advent of the closed container that made exporting more practical. At that point, Viceroy stepped up its export efforts, making a major move in the 1990s.

The ties with Japan began in 1993, when Lindal visited the country to give a series
of lectures to Japanese contractors about the merits of North American methods of
home construction.

“When I got back, I realized there was a huge potential market there, because the traditional Japanese home building methods were very archaic, inefficient, costly and time consuming.”

So he began to promote North American timber-frame construction and received a large boost following the Kobe earthquake in 1996. The significance there was that the Japanese style homes collapsed with great damage and loss of life whereas the relatively small number of North American style homes emerged with almost no damage whatsoever.

U.S. Expansion
Lindal having conquered the Japanese market, the company is now concentrating on aggressively expanding into the U.S. “We feel that there is a huge market right beside us,” he said. Americans and Canadians, he reasons, share similar goals, as well as have the same language and culture.” So through the factories on the East and West Coast, Viceroy is betting it can service the entire U.S. market.

Lindal points out that there are about 300 million affluent people in the U.S., many of whom are approaching retirement age. “We felt this was the best single market for increasing sales,” says Lindal. Beginning in the fall, the company plans to begin an aggressive campaign to recruit dealers in the northern states. In Seattle for example, the company is already doing about $6 million a year in business. Ultimately, it hopes to increase its sales by some $300 million. The bottom line for Viceroy’s success however is that it caters to a dream held by people around the world. “Ultimately, what everybody wants is to build their dream home in the country,” says Lindal. 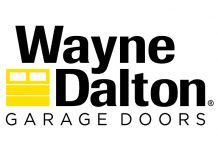