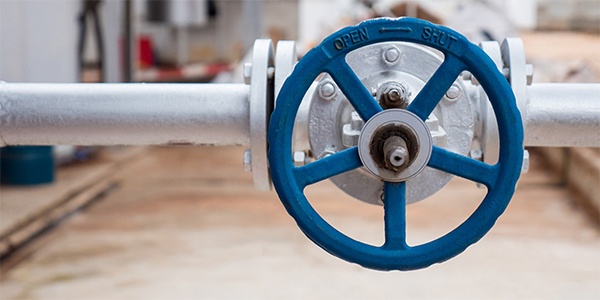 The Valve Manufacturers Association would like you to ponder this question: What is a valve? Well, a valve is many things; in its most ubiquitous form, it is a fire hydrant. In simple terms, a valve is a device that controls the flow of a fluid.

Today’s valves control not only the flow, but the rate, the volume, the pressure or the direction of liquids, gases, slurries or dry materials through a pipeline, chute or similar passageway. They can turn on and turn off, regulate, modulate, or isolate. They can range in size from a fraction of an inch to as large as 30 feet in diameter and can vary in complexity from a simple brass valve available at the local hardware store to a precision-designed, highly sophisticated coolant system control valve, made of an exotic metal alloy, in a nuclear reactor.

Keeping its finger on the pulse of this industry is the Valve Manufacturers Association (VMA), the leading voice of the flow control industry. VMA represents the interests of nearly 100 U.S. and Canadian valve and actuator manufacturers who account for approximately 80 percent of the total industrial valve shipments out of U.S. and Canadian facilities.

A valve for many uses
Statistically speaking, the American valve industry supplies approximately 35 percent of worldwide valve demand. VMA member companies employ 20,000 men and women directly in supporting jobs. VMA, founded in 1938, is the only organization exclusively serving U.S. and Canadian manufacturers of industrial valves and actuators. In order of importance, water/wastewater is the number one user of valves, followed by chemical, oil & gas and power.

According to an historical account on the VMA’s Web site, no one knows when the idea for the valve was born. The early Egyptian and Greek cultures devised several types of primitive valves to divert water for public consumption or crop irrigation. It is the Romans, however, who are generally recognized as the developers of comparatively sophisticated water systems. Their plumbing was advanced enough to deliver water into individual buildings, for which they developed the plug valve, or stopcock, and there is also evidence that the Romans used check valves to prevent back flow.

For centuries, throughout the Dark Ages, there were no advances in valve design. Then during the Renaissance, artist and inventor Leonardo DaVinci designed canals, irrigation projects, and other large hydraulic systems, which included valves for use in these projects.

The modern history of the valve industry parallels the Industrial Revolution, which began in 1705 when Thomas Newcomen invented the first industrial steam engine. Because steam built up pressures that had to be contained and regulated, valves acquired a new importance. And as Newcomen’s steam engine was improved upon by James Watt and other inventors, designers and manufacturers also improved the valves for these steam engines. Their interest, however, was in the whole project, and the manufacture of valves as a separate product was not undertaken on a large scale for a number of years.

That brings the industry to its current state and one that has enjoyed steady growth as the number of innovations in equipment triggers advances in the industry.

“Right now the industry is in good shape,” reports VMA President Bill Sandler. In particular, he notes, 2005 was a good year during which companies generally saw an increase in sales and profits, reaping the benefits from the heavy amount of construction occurring in emerging economies.

The association is active on legislative and regulatory issues, continually monitoring activities on Capitol Hill. Issues affecting the valve manufacturers are raw materials (steel) pricing, “but so far this hasn’t been too much of a hindrance,” Sandler says. Trends affecting the industry include the increased use of automation in processes to eliminate the need for systems to be run manually. In addition, with the rise in LNG use and the need for facilities to store and trucks to transport, the industry is seeing an increased need for valves.

“The industry looks good for the next 12 months,” Sandler says, adding that growth is expected to be at 5 percent for the $3.6 billion industry.

And that means that valves and their important function will continue remain useful to an array of industries and applications.