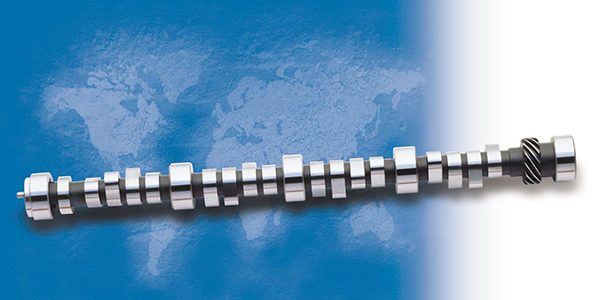 The gritty world of auto parts, especially engine components like camshafts and connecting rods, is a place where companies tend to grind it out – going for speed in the factory over style points.

But at Michigan-based Engine Power Components, Inc., company leaders have long thought outside the box. Instead of only wooing the Big Three automakers with high-speed production lines, executives at Engine Power Components seek out customers who want a team that will work closely with them on “strategic solutions” to engineering issues in constructing engines.

“We do work with the Big Three but it tends to be more peripheral work, such as specialized engine service parts or developmental prototypes,” said Peter Grose, vice president of sales. In addition, the company seeks to bolster its business by looking not just beyond the Big Three but also outside the auto industry for customers seeking innovation.

Moving toward Europe and Asia
The formula has been a highly successful one. As a privately held company, Engine Power Components doesn’t release specific sales figures, but Grose said the firm is closing in on the $100 million mark in annual sales.

Engine Power Components’ unusual approach to the engine parts industry may be in good measure due to the iconoclastic vision of its founder, Duane Quigg. At the end of World War II, Quigg was discharged from the U.S. Army and started looking for a job in the woods of northern Michigan, where he could indulge his hobbies of hunting and fishing.

He went to work in Muskegon, Mich., in a plant that made camshafts, and over the years he hooked up with a partner, Ray Stowers, to found his own company called Camshaft Specialties. In 1975, the two men sold their successful business to a British engineering firm, Weyburn-Bartel.

But Quigg couldn’t stay out of the business for long. Just three years later, in 1978, he started a new firm to manufacture camshafts – Engine Power Components. The original concept was to bypass the original equipment makers that had been customers of his first business and to focus on the aftermarket of repair shops and auto-supply stores. Today, the company’s president and CEO is his son, Mark Quigg.

“The aftermarket needed a good supplier – there was a demand there,” Grose said. Engine Power Components soon dominated the aftermarket, and so it started moving back into servicing those original equipment manufacturers. The firm is also a leading supplier to high-performance auto racing teams.

The senior Quigg located the company in Grand Haven, Mich., on the shores of Lake Michigan about 165 miles northwest of Chicago, and the firm’s love for its hometown comes through on its Web page, which boasts about the recreational opportunities for water sports and its many outdoor festivals. “It doesn’t matter what time of the year you are here,” the company enthuses on its Web site, “there is always something interesting and exciting to do.”

The product mission of Engine Power Components has evolved somewhat over the years. One major goal of the firm has been to diversify its product line beyond just camshafts. “Diversification of product is definitely one of our goals, and so we started looking at more precision components,” Grose said. “Balancer shafts is one that we started several years ago.”

Product diversity has gone hand-in-hand with global growth for Engine Power Components. “We were selling a lot of product in Europe, so we wanted a European presence,” Grose said. The company purchased a Spanish-based manufacturer of camshafts, and in 1998, it built a brand-new greenfield factory in the heart of the Basque region. The new plant in Elbar, Spain is 65,000 square feet. “They’re a manufacturer of connecting rods, so now we’re introducing that product in North America,” he said. Noting that the European automobile markets is as large as America’s, Grose said the growth potential overseas is strong.

Recently, Engine Power Components has been looking to establish a joint venture in Asia. The company already has some experience in partnering. It recently teamed up with industry leader Melling Auto Parts to make valve seats and cam bushings at a facility in Carson City, Nev., operated under the name of MEPC, for Melling Engine Power Components. The company has about 250 employees at its Grand Haven plant, 110 more in Spain, and some 60 working on the joint venture in Nevada.

As it grows, Engine Power Components is increasingly stressing its skills in specialized design work and its ability to work with customers on what it calls “strategic solutions.” Said Grose: “That’s how we get initial customers, by offering them design assistance and modification and knowledge. It’s something we did intentionally to differentiate ourselves, that rather than just a manufacturer, we would be a design partner.”

Diversity pays off
The timing was right. As engines became more sophisticated, more and more engine builders were turning to outsourcing because, as Grose said, “they may know engine design but don’t have manufacturing expertise in designing products for the lowest cost.” Working with a team of engineers in-house, Engine Power Components has aggressively sought these specialized products.

One positive aspect of the company’s growth, however, is that now it can take on a large contract to make one million camshafts a year, which would have dominated the company in earlier years. “Now when we’re taking on a big contract,” Grose said, “that’s just 20 or 30 percent, and the risk is a lot less.”

Indeed, Grose said the company has continued to see revenue growth on the order of 10 percent a year despite the sluggish American economy that has started to take its toll on auto manufacturing. “That’s because we’ve kept a diverse product line,” he said. “We’re in recreational, we’re in construction, we’re in trucks, and we’re in high-end automotive like the Chrysler Viper, and these types of products aren’t hurting the way that high-volume automotive is.”

In the meantime, Engine Power Components is funneling a lot of that revenue back into research and development, such as a new program to develop fracture-split connecting rods. Said Grose: “We consider ourselves an extension of the customer rather than a supplier.”