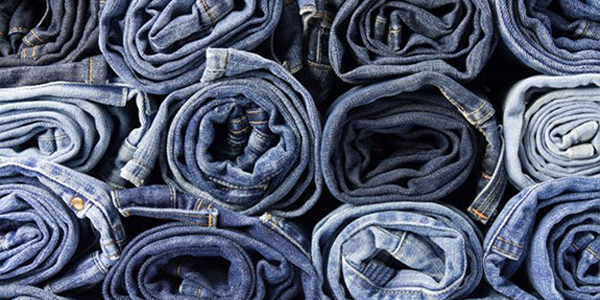 Denim dungarees have come a long way in three centuries, from heavy-duty work wear on cotton plantations in the 18th century to today’s high-fashion runways in Paris and Hollywood.

Helping lead the way toward the high end of the spectrum over the past several years is UCO Fabrics in North Carolina. “And we hope to keep it that way in the years to come,” says President and CEO Bart Van de Woestyne.

Changes in the global denim market promise to shake things up this year. After 40 years of limited access to the United States market, Chinese cotton and denim producers are gearing up to take advantage of new opportunities. In 1964, the United States, worried by an influx of inexpensive Chinese goods, placed a restrictive quota system on the importation of more than 2,000 items, including cotton shirts and denim. The quota regulations expired Dec. 31 last year and the doors are now open.

“These next few years in the textile world will be interesting,” Van de Woestyne says. “We think we’re in a pretty good position, though, perhaps better than some of the competition. We’ll continue to build on our strengths, which are responding quickly to market changes and developing new products.”

Most of the Chinese denim entering the U.S. market will be on the mass-market, commodity end of the spectrum, Van de Woestyne predicts.

“The Chinese have been preparing for this for several years and in the U.S., even before the Chinese quota ended, textile companies have had a hard time. I think something like 30 percent of the textile producers in North Carolina are gone – out of business. And in the next few years I wouldn’t be surprised if that number went to 50 percent.”

Van de Woestyne does not expect UCO Fabrics to be among the departed. “In fact, if anything, our position in the marketplace may get stronger.”

High-end fashion denim
UCO Fabrics Inc. designs, spins, dyes and weaves denim fabrics at its plant in Rockingham, N.C. as well as in a new plant in Snyder, Texas. UCO sells to fashion jeans producers with labels like Yanuk, 7 and Joe’s Jeans. UCO’s products rarely find their way into work clothes and you’re not likely to see them in Wal-Mart or Target. A Yanuk special edition six-pocket class sells at Solis for $242. At Nordstrom, 7 for All Mankind “Caribbean” jeans are priced at $267. Joe’s Jeans Socialite goes for $174 a pair at Revolve Clothing.

“We consider ourselves in a specialty niche operating more on the European model,” Van de Woestyne says. “We’re not volume-driven. We make what we can sell in contrast to larger, commodity textile producers that try to sell what they make. It’s a fundamentally different approach.”

Founded in 1998, the company is part of UCO Textiles of Belgium, one of the largest producers of denim in Europe with roots 200 years deep. Two textile family businesses started in the 18th century merged in 1968 under the acronym UCO, for “Union Cotonieres,” or “union of cotton producers.” The U.S. offspring, UCO Fabrics, has been aimed at the high end of the denim market since the day it opened.

“We’re certainly competing with some U.S. denim producers but actually we consider Italian and Japanese producers our main competition,” Van de Woestyne says. “They sell more to the kinds of markets we sell to.”

Spinning a yarn
UCO Fabrics prides itself on responding quickly to market changes and customer desires.

“If new colors, or new finishes become fashionable, or if the fabric is supposed to have artfully torn holes in it, we can respond,” Van de Woestyne says. “That’s our strength. And now we’re spinning our own yarn at our plant in Texas and that gives us even more ability to respond quickly. ”

UCO also uses pure indigo dyes, the blue in blue je ans. Actually, some solutions of indigo, depending on the concentration and how they’re applied, can produce a slightly red cast to denim, Van de Woestyne says. “The color is brighter and only slightly faded,” he adds.

Some of the current favorites in high fashion jeans include a 10-ounce denim woven with finer yarns and a little elastic fiber for stretch. Other denims are woven with uneven yarns to give a vintage look. Along with cotton, there are blends with yarns and fabric including Kevlar, Tencel and naturally colored FoxFibre cotton.

Fashion reinvented
Although most design and fashion experts agree that denim has never been completely out of style, it definitely has gone in and out of fashion.

In the late 1980s and 1990s, blue jeans were not generally favored by the youth market anywhere in the world, mostly because parents, the “generation born in blue” were still wearing them. And mostly they were wearing the famous 501s, the flagship of Levi Strauss & Co., the number-one producer of jeans and the “single most potent symbol of American style on planet earth,” according to the Los Angeles Times.

Kids turned to other fabrics and other styles of casual pants, such as khakis, chinos, combat and carpenters and branded sportswear pants. When they did start appreciating denim, they did it differently, looking for different finishes, new cuts, shapes and styles. Or they hunted for aged, authentic, vintage jeans, discovered in second-hand and thrift stores. They didn’t buy conventional jeans and Levi Straus felt it. Levi closed 11 North American denim factories in rapid succession. Whatever the next wrinkle is in the denim fashion world, UCO Fabrics expects to be there with the right dyes, the right yarns, the right finishes to satisfy designers and fashion-conscious buyers.

“Things are moving very fast in this market now,” Van de Woestyne says. “Changes are coming faster and more frequently than ever and we have to be ready to react.”