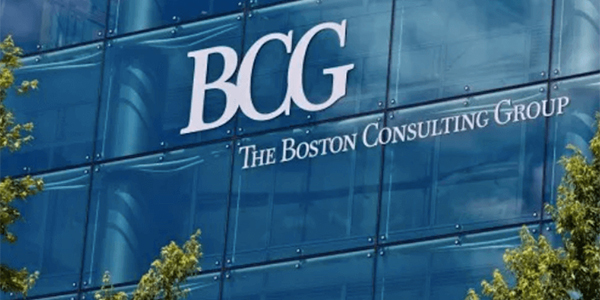 Anti-lock brakes stem from innovation. The computer mouse and Starbuck’s and Coca-Cola’s use of their brands to get into music sales come from creativity.

The upshot: Leaders need to wake up their right brains – the creative side – and learn to perceive the world in different ways. To keep up with the world and the economy, innovation isn’t enough; creativity is also required. Innovation is survival in the perceived world – making something new in the existing system. To be creative is to think about a new system.

Changing reality – innovation, that is – is a continuous process, whereas changing perception – creativity – is essentially sporadic. Leaders must internalize that much of the future isn’t covered by continuity and should take steps to make perception change a bit less sporadic and a lot more frequent. They should know that if they want to take big steps that really count and pay off, they need to change twice – systems and process – and then how they think and see the world. The left, ‘here and now,’ side of the business brain is alive and well; the right side needs to be awakened and given room to roam.

Look to our philosophers and artists – Heraclites, Francis Bacon, Victor Hugo and Michelangelo, for instance – to make the case for creativity through perception change.

Creativity & innovation are indispensable
The business world needs both halves of the brain. Creativity at Xerox many years ago led to the computer mouse, but a lack of systems for innovation let it lay there. A lack of creativity – rather, an inability to look beyond a personal conception of information technology – prompted the CEO of Digital Equipment to say in 1977, “There is no reason that people should one day have a computer at home.” A lot of bad decisions are not due to a lack of information – but rather to the way our mind works. To remedy this, we need more divergent thinking.

Creativity can pay off in big and small ways. For instance, thinking of and calling an office table or desk a “computer hardware support” might allow one to switch budgets and move from the furniture budget line to the IT line, therefore enabling one to get a new desk.

It’s Hard to Keep the Right Brain Awake
Remember that white space is a difficult focal point. Life in most companies doesn’t leave much time to step back and reflect. This is because a specific case or a precise example is easier to deal with than a more general problem or generic one. We must remember that the brain is a two-stroke engine. The second stroke is the familiar one. It’s the moment when the brain selects, compares, sorts, plans – the moment of decision. But the first stroke of the engine is the one that deserves attention – in which the brain imagines, dreams, suggests, and opens horizons. It’s the time of exploration that presages real change.

Just as becoming bilingual is an effort that may require years of work, becoming ‘bicerebral’ is a long adventure, during which you discover the art of creating innovative teams, developing methods to spark imaginations and even creating an ideas bank.

Paths to Follow
There are several approaches to changing perception and unleashing business creativity in the new economy, such as:
• Focus on questions, not just answers. If your car is stuck behind a herd of sheep, don’t just ask how do I get around these sheep; also ask how I get the sheep behind the car.
• Remember that vast knowledge is good – as is a clean slate. When it comes to being inventive, vast multidisciplinary knowledge is a plus. So is the total absence of knowledge.
• Remember that creativity comes from individuals or small groups – not group-think. There is more in two heads than in one, and more in three heads than in two. But, at some point, the effect is reversed. A crowd doesn’t invent anything.
• Pay attention to weak signals in the marketplace, not just strong ones. Paradoxes, serendipity, dissonance, boredom and minor defects shouldn’t be ignored; embrace them and run with them.
• Don’t try to correct ambiguity and oxymorons. Analyze them and use them. (As Victor Hugo said, “Melancholy is happiness at being sad.”)

Rigor is Good
These steps require thinking that’s more free ranging and less shackled, yet this process still should be disciplined and managed, especially in the business context. Creativity and ideas need to be managed. An absence of creativity may lead a company to catastrophe; an excess may bring it to disaster. The future is at the intersection between rigorous creativity and creative rigor.

To enable this process consider the following:
• Leaders should take advantage of the constant “feedback” – data, ability to listen – that the digital economy offers.
• Even as uncertainty increases, one still needs to anticipate and prepare by organizing feedback.
• When there’s no data to analyze, create criteria. For instance, if you have no instruments to measure whether a pond’s water quality is improving, check for more fish.
• New ideas don’t need new resources, and hardship is the fertile soil of creativity. As Michelangelo said, “Art is born of constraint – and dies from freedom.”
• It’s important to use the right words. “Philosophy makes numerous contributions to management. One of these could be the need to use the right word in the day-to-day language of the company, as the philosopher is concerned with well-defined concepts.

Luc de Brabandere is a partner in the Paris office of The Boston Consulting Group. A self-described “corporate philosopher,” he specializes in creativity applied to business. The author or co-author of nine books and a number of regular columns, his current, The Forgotten Half of Change: Achieving Greater Creativity Through Changes in Perception is available through Dearborn Trade Publishing.

The Boston Consulting Group (BCG) is a management consulting firm that has served companies in all major industries and developed countries and also has offices and clients in several developing countries. Visit: www.bcg.com.