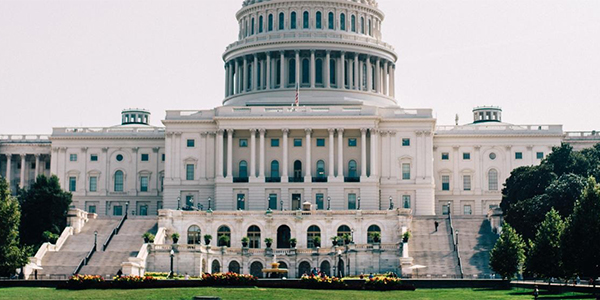 So President George Bush begins his second term cleaning house, from the Commerce Department to the Council of Economic Advisers. The common wisdom is that the emphasis of the new Bush team is the twin task of reforming Social Security and the federal income tax system, both of which are badly out of kilter.

Yet in just a year, on January 30th, 2006 to be exact, a vastly more important regime change takes place in Washington. On that day Alan Greenspan, the legendary head of the Federal Reserve Board of Governors, will come to the end of his 14-year term as the world’s premier central bank governor.

This will be a truly world changing event. Greenspan’s retirement (he will be 80 by then) signals the end of a remarkable 25-year supervision of the global monetary system conducted by two of the most able, most remarkable, most controversial central bankers ever to dominate the whispered corridors of financial power. Greenspan and his immediate predecessor, Paul Volcker have been such dominant world figures that other chancellors and central bank chiefs for the past quarter century define their own careers by how they interacted with Volcker and Greenspan.

If you don’t think central bankers make a difference in the world just think back a bit. In 1979 the OPEC oil cartel jacked up world petroleum prices for a second time. Much of the world’s activity contracted sharply. The American economy went into stagflation; business activity flat-lined and inflation soared to 13 percent, the highest point since the American Civil War. The stock market tanked to 800 on the Dow, and in Iran, the first of the Islamic Fundamentalist regimes had toppled the Shah and taken 90 American hostages. History shows that President Jimmy Carter made a good choice when he put in the toweringly tall civil servant and central banker Paul Volcker. But interest rates of 20 percent didn’t feel good to most Americans at the time.

To say that Volcker constricted inflation back to manageable levels is like saying a python gives his prey a nice hug. But it worked. The inflation rate was down to 3.2 percent by 1983 and the economy was back to full employment shortly thereafter. From 1987 until now Greenspan has followed the same tactics of working gently against the cycles of boom and bust through debt crises in Asia and Russia, the dot-com bubble, the Bill Clinton recession and the 9/11/ terrorist attack.

What set Volcker and Greenspan apart from other chancellors and central bankers is that while they were small “C” conservatives by nature, they were not driven by political partisanship and they did not try to fine tune the marketplace. Their twin goals were to achieve overall stability in the world and to constrict inflation at home. While inflation does make debts cheaper over the short run, it ultimately is a regressive tax against the poorest of a nation’s citizens because prices rise that much more on the basic necessities of food, clothing and especially housing.

A Fed vs. White House Battle?
It is because of this personal commitment against inflation that I predict Greenspan will come into increasing conflict with the goals of President Bush. The Bush team will remain focused on their sizable domestic economic reforms.

But Greenspan has begun to warn that running a trade deficit equal to 6 percent of gross domestic product and a federal budget deficit that is equal to another 5 percent of GDP risks a crash of the dollar that could produce a domestic recession and a sharp spike in interest rates and inflation at the same time, the dreaded stagflation of the 1980s.

So far, foreign investors have been reluctantly providing $3 billion a day in purchases of U.S. government securities to prop up these deficits. The New York Fed recently reported that while the dollar has fallen by more than 20 percent since the end of 2002, the amount of dollar foreign exchange reserves held by our trading partners has swollen by $600 billion to $3 trillion, more than double their level in 1995.

Put another way the United States now absorbs more than the recorded net saving of the rest of the world combined. For the moment, of the five major reserve currencies, the dollar accounts for roughly 70 percent of the total, the euro another 20 percent; the balance in pounds, yen and Swiss francs.

For the Bush planners this is just dandy and there are signs that a bit more devaluation of the dollar this coming spring would not be amiss. Part of this is payback against the French, Germans and other Europeans for their opposition to our Iraq policies.

But our friends are being punished too. Britain’s pound sterling now trades at nearly $1.95. The fragile economies of Asia have purchased $582 billion of Treasury securities since 1999, with another $375 billion bought by Japan. How long can we continue to beggar our closest suppliers and customers before they turn elsewhere to secure their own wealth?

The final question is: Who will succeed Greenspan in a year’s time? The frontrunner is a Harvard-Oxford trained economist named Martin Feldstein. Feldstein is one of the most creative theorists around on taxes and money. But Feldstein is a big “C” conservative: He was Ronald Reagan’s chief economic adviser and President Bush’s leading campaign guru. He’s bright enough, but can he expand his horizon to take in the damage being done to the dollar? And, is he tough enough to face down the President? We have a year and counting to find out.