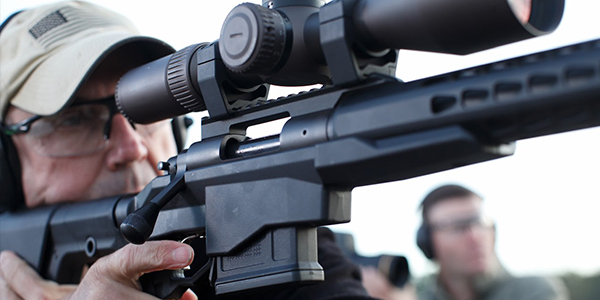 The Remington Arms Company, Inc., America’s oldest gunmaker, has embarked on a course of revitalization which includes substantial investment in plant modernization and research and development. Since becoming a freestanding company in 1993, when DuPont sold its controlling assets to the New York investment firm Clayton Dubilier and Rice, Remington has been afforded more opportunities to invest in its future.

According to Chief Executive Officer and President Thomas Millner, “The company has focused on lowering manufacturing costs through significant capital investments, and married that to innovation to bring new products to a business where they didn’t exist before. Having great products at low costs with our reputable brand has been a winning strategy.”

Remington’s recent investment of more than $80 million covers the modernization of two plants, including the original site in Ilion, N.Y., and the enhancement of its research and development operations with an annual $8 million budget.

Through the years, Remington has built a solid reputation as a leading firearms manufacturer. However, as is typical in the traditional gun industry, most of the company’s best-selling products were introduced at least 50 years ago. While this fact attests to the company’s commitment to manufacturing excellence, it also points to a weak financial commitment to research and development. Understandably focused on its main business, DuPont was not always in an expansive mood when it thought of this subsidiary.

After separating from DuPont, Remington has been in a position to lay out more capital for R&D. “We were a well-run company during DuPont’s ownership,” says Millner. “They nurtured our brand and made reasonable investments in our factories, but it was no substitute for the advantage of being a freestanding company where the owners have their net worth tied up in the future of the business.”

Today, after spending $10 million to purchase and equip its Elizabethtown, Ky., site, Remington has the only freestanding R&D facility in the industry. With an $8 million annual budget more than double, as percent of revenue, its competitor’s expenditure, the facility employs 50 engineers, and features such sophisticated appointments as Micron B microscopes and ballistics equipment.

More than $35 million has been spent on research and development since 1995. “In an industry where other companies spend hardly anything on R&D, it was a big risk and a big opportunity,” says Millner. “And, it’s paying off big time.”

Indeed, Remington now offers the most revolutionary line-up of new firearms, ammunition and related products ever to hit the market. It is shaping industry trends with such groundbreaking products as its Model 700™ EtronX™ rifle, the industry’s first electronically fired rifle. The EtronX features a new ignition technology which delivers near-zero lock time and significantly increased accuracy. The EtronX system uses patented technology to electronically discharge a round, resulting in nearly instant ignition. A standard 9-volt battery sends current through a special contact in the bolt face and to the specially designed electronic primer. There are no moving parts to delay ignition. For safety purposes, a key switch, located in the bottom of the grip, acts as an enabler, powering the system.

Sight On the Future

Remington has set out to revolutionize its manufacturing operations. Recent significant capital improvements have enabled the company to turn out innovative products, while lowering the cost to produce them. The company manufactures rifles, ammunition and clay targets and sources its accessories and its top-selling Stren fishing line, which is produced by DuPont under a long-term exclusive agreement.

In the past three years, Remington has laid out more than $25 million to modernize its original site in Ilion, N.Y. Built 102 years ago on the sight where the company was founded 184 years ago by Eliphalet Remington II, the 1 million-square-foot plant employs 900 people and produces 95 percent of Remington’s gun products.

“Our first focus was on the gun barrels, which account for the major cost component in shotguns or rifles,” says Millner. With the help of an Austrian gunmaker, GFM, Remington introduced the more economical cold forging process at its New York plant. Next, Remington updated the secondary machining processes required to bring the gun barrel to its finished state. Prior to improvements, a barrel traveled 2.5 miles and took nearly 40 days to be processed, according to Millner. Now, it travels 250 feet and takes three days from start to finish, resulting in a drastic cost reduction.

In October 1999, Remington’s powdered metal products business located at the New York site was awarded the ISO 9002 certification, in recognition of the company’s compliance with international quality standards.

Another site to benefit from the company’s investment plan is the 900,000-square-foot ammunition facility in Lonoke, Ark. More than $20 million has been spent to modernize processes as this 1,000-employee site, including the addition of a fully automated packaging system and updated costand waste-reducing machinery to produce shotgun shells. This, and other new machinery, has resulted in an 80 percent reduction of scrap in the last five years, says Millner.

Remington has three other manufacturing facilities: a 40,000-square-foot plant in Mayfield, Ky. where rimfire, 22-caliber rifles are produced; and two clay target facilities in Findlay, Ohio, and Ada, Okla.

In keeping with the current business trend of conducting bidding events online, last year Remington retained Free Markets, a company which creates bidding events for products Remington purchases for manufacturing purposes, such as steel, wood and plastics. “This Web-based technology demands that our suppliers compete against each other in real time for big blocks of our business,” says Millner. “This translates to a savings for the purchasing side of our business.”

A Tradition of Excellence

The Remington Arms Company has come a long way since 1816 when founder Eliphalet Remington II handcrafted his first flintlock rifle on his father’s Ilion Gulph, N.Y., forge. Since that time, the arms company has embarked on numerous ventures, including the production of typewriters, sewing machines, cash registers, cutlery, household utensils, clothing and traps. Through its many acquisitions and divestitures, however, the company has maintained its tradition of manufacturing excellence. The high standards that drew the attention of the United States government during World War II, when it asked Remington to collaborate on a plan for ammunition production, are the same standards the company applies to its activities today.

Revitalized by its recent capital investments, Remington Arms Company approaches the next century with optimism. “We’ve had four years of consecutive profit increases that exceeded 15 percent,” says Millner. “That’s quite a feat for a mature business.”