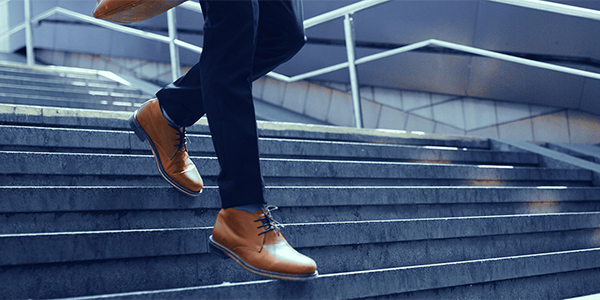 Say what you want, but Ameri-cans like their clothes, and their shoes, and it shows. Not on the runways with the beautiful models and their chic ensembles, but at the retail stores where more than $287 billion in apparel sales were rung up last year. In fact, the average U.S. consumer bought 19 cotton knit shirts and nine pairs of cotton pants in 2005
And that doesn’t even get to the shoes: over 2.2 billion pairs sold in the United States in 2005. That means that every single man, woman and child in the United States bought, on average, the equivalent of 7.7 pairs of shoes in 2005 alone.

The bottom line is that despite whatever economic pressures face us, we still buy new things to wear. Even this year as energy prices skyrocketed, August 2006 retail sales at clothing and footwear stores were 6.6 percent higher than August 2005.

So, it would seem that the industry that produces all of that clothing and all of those shoes is booming. True, sales are up, but U.S. consumers continue to demand an ever-wider variety of higher quality clothing at reasonable prices. As a result, apparel and footwear retail prices have declined some 10 percent since 1998, despite a 20 percent increase in overall retail prices.

U.S. apparel and footwear companies have responded to these changes by transforming themselves from manufacturers into brands. Instead of manufacturing clothes and shoes, today’s U.S. apparel and footwear “brands” focus on activities such as brand research and development, design, management, sourcing, marketing, distribution, logistics and sales – whatever it takes to provide their consumers the best brands at the best prices, while still making a profit.

As a result, the source of the clothes and shoes sold in the United States has changed dramatically. Today, imports supply well-over 90 percent of all the apparel and footwear sold in the United States. While China is by far the largest source of those clothes and shoes, U.S. apparel and footwear firms source from a wide variety of countries, including Central America, Mexico, Bangladesh, Vietnam, Cambodia, Pakistan, India, Sri Lanka and Jordan.

U.S. apparel and footwear firms have also come to recognize that 95 percent of the world’s population lives outside the United States. Some of their fastest growing markets are no longer in the United States or Europe, but in China, or India or Brazil. U.S. apparel and footwear firms are now truly global – they buy and sell clothes and shoes all over the world.

Helping the industry navigate through these massive changes is the American Apparel & Foot-wear Association (AAFA), the national trade association that represents apparel, footwear and other sewn products companies and their suppliers.

`We Dress the World!’ is AAFA’s slogan, and given the nature of today’s industry, that is no exaggeration. Today, our marketplace is, indeed, the world. Suppliers, manufacturers, distributors and retailers around the globe work together to form an incredible supply chain that meets the needs and desires of consumers worldwide.

TRADE & YOUR BOTTOM LINE
Trade policies established by nations around the world have a huge impact on the industry. AAFA is actively engaged in efforts to minimize the impact of quotas, tariffs and other trade barriers on the ability of U.S. apparel and footwear firms to compete in the global marketplace.

As a result, the association supports trade agreements, like the U.S./Central America-Dominican Republic Free Trade Agreement (CAFTA-DR), that enable U.S. apparel and footwear firms to compete by eliminating these barriers.

While quotas continue to be a concern, so are duties – including the average 10-13 percent duties imposed on U.S. imports of clothes and shoes. Last year, U.S. apparel and footwear firms paid over $11 billion in duties, or almost half of all duties collected by the U.S. government, even though apparel, footwear and textiles represent less than 8 percent of all U.S. imports. Often, duties imposed by developing countries like China and India are double or triple those imposed by the United States.

In addition, many of these countries maintain non-tariff barriers, such as labeling requirements, customs measures, product standards or distribution restrictions that inhibit the ability of U.S. brands to sell into those markets.

All of these limitations – quotas, tariffs and non-tariff barriers – are why we are working so hard to open the doors worldwide to trade. An open market enables U.S. apparel and footwear firms to provide what every consumer around the world wants: a wider variety of high-quality, reasonably-priced clothes and shoes while still making a profit.

SUPPORTING THE armed FORCES
Many AAFA member companies produce uniforms, boots and other products for the U.S. military. The association continually works to protect the vital partnership that exists between these firms and the U.S. military. AAFA remains committed to ensuring that our nation’s armed forces are supported by a warm industrial base here in the United States that is ready to serve at a moment’s notice.

There are many challenges facing our industry, but there are many opportunities as well, and the future is bright. At AAFA, we are determined to help our member companies survive and prosper, and to cope with changing policies and influences worldwide. Our mission is to promote and enhance our members’ competitiveness, productivity and profitability in the global market by minimizing regulatory, legal, commercial, political and trade restraints. We take our mission seriously.

Kevin M. Burke is the President & Chief Executive Officer of the American Apparel & Footwear Association (AAFA), headquartered in Arlington, Va. AAFA is the national trade association representing apparel, footwear and other sewn products companies and their suppliers, which compete in the global market and whose combined industries account for more than $225 billion in yearly retail sales. Visit: www.apparelandfootwear.org.