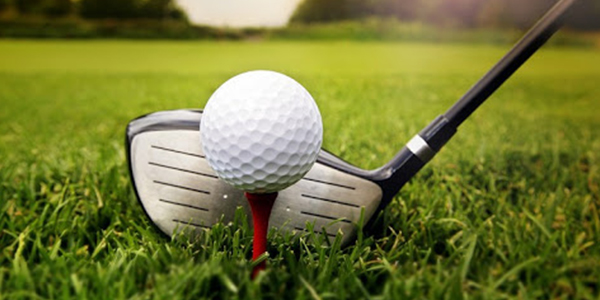 Metal wood – now there’s an oxymoron for you. But it’s a phrase that’s been worth millions of dollars to TaylorMade Golf, one of the nation’s leading makers and marketers of golf clubs, balls, and other equipment.

In 1979, an Illinois man named Gary Adams – the son of a club golf pro and a sporting-goods salesman – started Taylor-Made as an effort to market the newfangled “metal wood.” These were drivers with metal heads that could whack a golf ball straighter and farther than the persimmon drivers that were considered the sport’s standard for decades.

It took three years to break into the tradition-bound sport, but when a tour player named Ron Streck used a metal wood for the first time on national TV at the Tournament of Champions and Jim Simons won the Crosby tournament at Pebble Beach a few weeks later, the game of golf was never be quite the same. Recently, CBS Sportline’s Golf Web named the metal wood as one of the eight greatest innovations in the history of the sport.

The legendary Adams died three years ago, but his successors at TaylorMade – which is now based in Carlsbad, Calif., near San Diego – are hoping to continue his spirit of innovation.

‘Pyramid of influence’
Indeed, TaylorMade’s marketing philosophy has long been based on a principle subscribed to by founder Adams that he called “the pyramid of influence,” an idea that Director of Communications John Steinbach said has since been applied to many consumer product companies from sporting goods to automobiles. The concept is that the path to success is to convince the very top athletes in your sport to begin using the product. Adams believed that once this mindset was achieved with TaylorMade’s metal wood, the new clubs would be taken up by the top amateurs and by club professionals, and then by rank and file golfers, relates Steinbach.

The company’s rocket fizzled somewhat when, in 1984, Adams decided to sell the company – which by then had moved from Illinois to California – to Salomon, the French-based sporting goods firm that specialized in ski-related equipment. The firm began to struggle in the 1990s, after its leading rival – and Carlsbad neighbor – Calloway Golf introduced an oversized metal driver called Big Bertha that took the world of weekend duffers by storm.

But it would only be a short time before TaylorMade was once again a major industry player. This occurred in 1998, when German-based sneaker giant Adidas bought out Salomon, whereupon TaylorMade returned to its “pyramid of influence” strategy and began to produce the absolute top-line equipment for leading PGA Tour players.

Over the last several years this renewed emphasis has paid off, making TaylorMade one of the two largest marketers of drivers and fairway woods. The company sells about 16 percent of all units purchased in the United States. Its annual revenue of about $600 million represents a staggering growth rate since the Adidas purchase in 1998 of about 100 percent. Last year, TaylorMade registered across-the-board growth with the largest gains in the European and Japanese markets. The company employs about 750 people here in the United States.

TaylorMade officials and industry sources also attribute much of the company’s success to its aggressive marketing efforts on the pro tours. All of TaylorMade’s print and video advertisements tout its tour successes. TaylorMade even has custom vans following the men’s, women’s and seniors’ tours to repair clubs for the pros. Success also is borne out in current rankings. For example: TaylorMade’s 300 series driver has been ranked No. 1 on the pro tour. Company officials say about 60 TaylorMade drivers are in use at the typical PGA tournament, while the next closest competitor has about 35. And TaylorMade is also No. 1 on the European and Japanese tours. TaylorMade also produces the No. 1 irons and fairway clubs used on the PGA Tour.

Having the leading position is not taken lightly at TaylorMade; the approach to product development is based on a well-mapped strategy to provide solutions. “Our approach is to look at a certain segment of the market – the player, the category. What are the problems? What equipment isn’t satisfying the needs of the golfer?” Steinbach says. “Our philosophy is the world doesn’t need a better mousetrap. We try to provide equipment that will solve problems.”

Winning series
In the pursuit of making products that make a difference – rather than merely providing equipment – TaylorMade last year introduced its R500 Series. The 500 Series comes in three models: 510, 540 and 560. The drivers have a thin titanium alloy face that feature inverted cone technology and retail for $499. Since their introduction on tour 12 months ago, they have become the most played drivers on the PGA tour in the United States, Europe and Asia.

These new clubs are meant to capitalize on the new face technology that expands the COR zone by more than 40 percent, over most competitive drivers. Basically, this means the “trampoline effect” of a ball rebounding off the face of a driver is expanded, providing increased distance on off-center hits. The standard for all drivers under the ruling body of the United States Golf Association is 0.83.

TaylorMade is also making a major move into the golf-ball market. Earlier this year, the company announced that it had exercised an option to purchase the Maxfi brand of golf ball. A licensing deal to sell the Maxfi brand had significantly boosted Taylor-Made’s revenue in 2002.

The company now is poised to introduce two new drivers to the market in addition to the recently introduced R510 TP; the R540 XD and the R580 XD represent further evidence that TaylorMade stays true to its founder’s vision of developing and marketing top-line products that deliver.