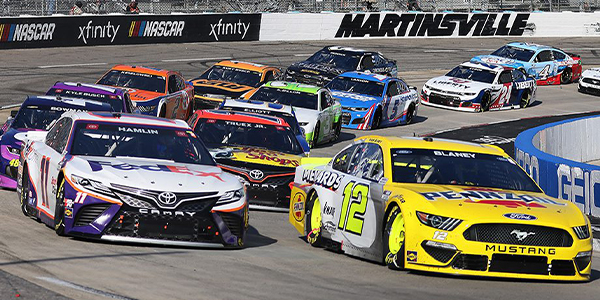 On a clear September night in North Carolina, the Concord High Spiders worked into the early evening correcting the last week’s mistakes and preparing for the next week’s opponent. Routes were run. Schemes were implemented. It was practice as usual. Well, except for the fact that a newspaper reporter, a local television news crew, NASCAR employees and a Phoenix-based production company surrounded the coaches and players, making the practice field workout look and feel like the set of MTV’s “Two A Days.”

But for Coach Peacock, his players and the hundreds of thousands of people that have seen or been touched by “NASCAR Angels,” a new nationally syndicated reality television show, this was much more than high school parties, teen crushes and college acceptance letters. And for NASCAR, which started out on the sands of Daytona Beach in 1948, a “Pimp My Ride” meets “Extreme Makeover: Home Edition” reality show is just further proof of how big and how successful the sport has become in just its first 58 years.

Success can be measured in a number of ways and NASCAR’s highlight reel of stats and research is proof of just that. Number two sport on television; $2.1 billion in licensed product sales; more Fortune 500 companies financially involved in the sport than any other sport worldwide; 17 of the top 20 top attended sporting events in America last year; average television households up 83 percent since 1995.

And the list goes on. But maybe the best way to measure NASCAR’s success is through its crossover appeal into American pop culture.

In addition to the launch of “NASCAR Angels,” a show in which deserving people are rewarded with full car maintenance work and a behind-the-scenes look at NASCAR, 2006 exposed the ever-growing relationship between NASCAR and Hollywood. From “Talladega Nights: The Ballad of Ricky Bobby,” a NASCAR comedy starring Will Ferrell that debuted as the number two nonsequel comedy of all time and now has grossed $150 million, to the launch of NASCAR Harlequin romance novels and Mario Batali NASCAR tailgating cookbooks, this year was proof that this uniquely American sport has exploded from a regional phenomenon into a national sensation that can live, and thrive, on the big screen, in paperbacks and on television shows in every market of the country.

“NASCAR Angels,” hosted by NASCAR legend Rusty Wallace and NASCAR.com reporter Shannon Wiseman, is almost validation that the sport has arrived onto America’s mainstream, pop-culture stage. But it’s the fact that NASCAR has penetrated conversations in corporate boardrooms all across the country that has even the sport’s critics acknowledging that NASCAR has arrived. And arrived in a big way.

NASCAR, once the haven of tobacco, beer and motor oil brands, is ingrained in every segment of corporate America with tech-oriented companies like Sprint Nextel, AMD and DirecTV. International brands like Tissot have even entered the sport and thrived because of their partnerships.