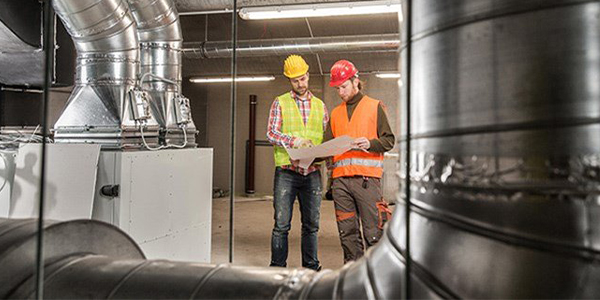 Deserts are among the driest places on earth but their low humidity levels are no match for the dehumidification systems produced by Munters Industrial Division whose goal it is to rid the air of water vapor, the enemy in industries such as food and pharmaceutical processing where high humidity levels can result in unsanitary manufacturing environments or adversely affect product quality.

The company was founded as Cargocaire Engineering Corporation in 1939 by Oliver Colvin, a merchant marine who had noticed that, in the ship’s stores, cans containing food products were rotting and corroding because of moisture build up. “These were the effects of material sweating in holds of ships below the water line,” says General Manager Derrick Drohan. From 1939 to the mid-1950s the company produced systems that utilized bulk solid and liquid desiccants. Desiccants are materials known for their ability to absorb large amounts of water vapor.

Nearly at the same time, Swedish inventor Carl Munters (referred to as the Edison of Sweden and whose name appears on more than 1,000 patents) was developing dehumidification and evaporative cooling media based upon a patent for corrugated extended surface media. “Colvin recognized the benefits of this technology for desiccant dehumidification and Cargocaire was given a license to supply the Honeycombe(r) wheel technology in North America,” Drohan continues. This technology, he adds, nearly half a century later, “remains the most efficient way to get desiccant material into an air stream that needs to be dried.”

Prior to the Honeycombe(r) wheel, desiccant dehumidification was performed by using two large tanks of solid desiccant; one dried the air while the other regenerated the desiccant. These machines were rather large and inefficient with limited performance, Drohan explains. “The process did not deliver a consistent dry air stream due to the switching between the two tanks of desiccant. Using the wheel resulted in a steady discharge condition with the additional benefit of a reduction in energy costs.”

Carl Munters retired from active management in the early 1970s, whereupon Munters was acquired by the Incentive Group. During the 1970s, the expansion was continued into new markets through subsidiaries and licensees. The company changed its strategy at the end of the 1970s as some of the patents began to expire. The range of products and applications was gradually extended and distribution was expanded to most parts of Europe, North America and Japan, largely through licensing arrangements with third parties

“A unique benefit with our company,” explains Drohan, “is that Munters is the only global company with manufacturing locations worldwide that not only builds the system but has the core technology of the Honeycombe(r). No one else does this on a global scale.”
Another benefit of Munters Corporation is Munters Moisture Control Services (MCS). MCS provides temporary humidity control systems. This equipment is often used to help customers who have an immediate need for humidity control or to show the benefits of Munters dehumidification technology for a specific application.

In addition to desiccant technology, the company has developed an Integrated Custom Air-handling system (ICA) that advances air handling for the marketplace; proof, adds Drohan, “that we’re not just building another box.”

In particular, as Marketing Manager Jeff Siemasko points out, “In the food industry there’s a high level of awareness regarding cleanliness, sanitation and product quality. Processing problems like overhead condensation can be easily solved with a Munters ICA dehumidification system.” For example, he adds: “In poultry, beef and pork processing facilities a large volume of water is used for sanitation purposes, but the use of fans and other forms of ventilation are not the solution, especially in the South where they experience high humidity levels.” Traditionally, he notes, a dozen people or more would be employed to combat moisture by wiping down walls and ceilings and to replace plastic sheeting that is used to keep the moisture away from the product being processed.

“In places where you have spickets and hoses and water on the floor, the goal can’t be to merely dry the room,” Drohan adds. “It takes application know how and a method to deliver air to achieve a dry ceiling.”

Pop, crackle…drip
Take the case of Cracker Jack, a part of the American snacking tradition for more than 100 years. More than 30 years ago, Borden had approached Munters with a plant humidity problem involving its instant drink powder; in 1997, when the drink powder was replaced with Cracker Jack production, the moisture load inside the plant increased considerably and the humidity left uncontrolled at the manufacturing facility slowed production and impacted product quality. Who wants to dig into a box of Cracker Jack and find a sticky mess or worse yet, an unbreakable block? Adding to the problem were the inherent characteristics of caramel, which is hygroscopic in that it absorbs moisture from the air, which would make the surface sticky after the caramel coating cools inside the package.

In 1972, Munters had installed Cargocaire dehumidifiers at the company’s Northbrook plant; in 1997, when the quality of Cracker Jack was at stake, the company replaced the original units with two Cargocaire HCE-30,000 dehumidifiers. These new dehumidifiers were able to remove more than 2,200 pounds of water vapor from the air per hour – the equivalent of five 50-gallon drums of water every hour of the day. This allowed a 300-percent increase in production and a 50-percent reduction in manufacturing costs.

Munters comes to the rescue in other food production areas as well, such as in the prevention of frost. “Many food products go through freezers before being shipped to the store, and moisture can get into these freezers and cause problems. Frost buildup damages products.” In addition, one of the world’s largest breweries has tapped Munters’ technology to prevent condensation in fermentation cellars. With an air temperature of 40 degrees Fahrenheit, coupled with the heavy use of water to keep the cellars clean, mold can easily be produced in these environments without humidity control.

“HCU combines cooling and desiccant to reduce energy consumption,” says Drohan, “because we use waste heat from the cooling process to dry the desiccant. It allows you to control humidity and temperature at the same time.”

Munters products service a wide variety of industrial and military applications; for example, Munters dehumidifiers are used in the production of lithium batteries. “Lithium is flammable and if it comes close to water vapor it could explode,” Siemasko says. These batteries, he adds, are manufactured in dry rooms at a temperature of 72 degrees Fahrenheit with 1-2 percent relatively humidity; this means that Munters’ systems can literally remove all the water vapor. Such expertise also comes in handy in the testing of aircraft engines, in which it is essential to have dry rooms for emissions standards and to create varying climactic conditions to test emissions.

Munters’ concise and detailed development of new technologies and products goes hand in hand with its own meticulous growth strategy. The first goal, notes Drohan, is to take care of the customer, “and as the customer grows, we grow. This is what we call rewarded growth.”

Next comes created growth, in which the company itself identifies new needs within the industries it serves and makes new products in line with these needs. The third level is acquired growth. Adds Drohan, “We don’t have an acquisition strategy. We don’t just want appendages; we find companies working in the same areas we are, and put the emphasis on having a quality operation.”