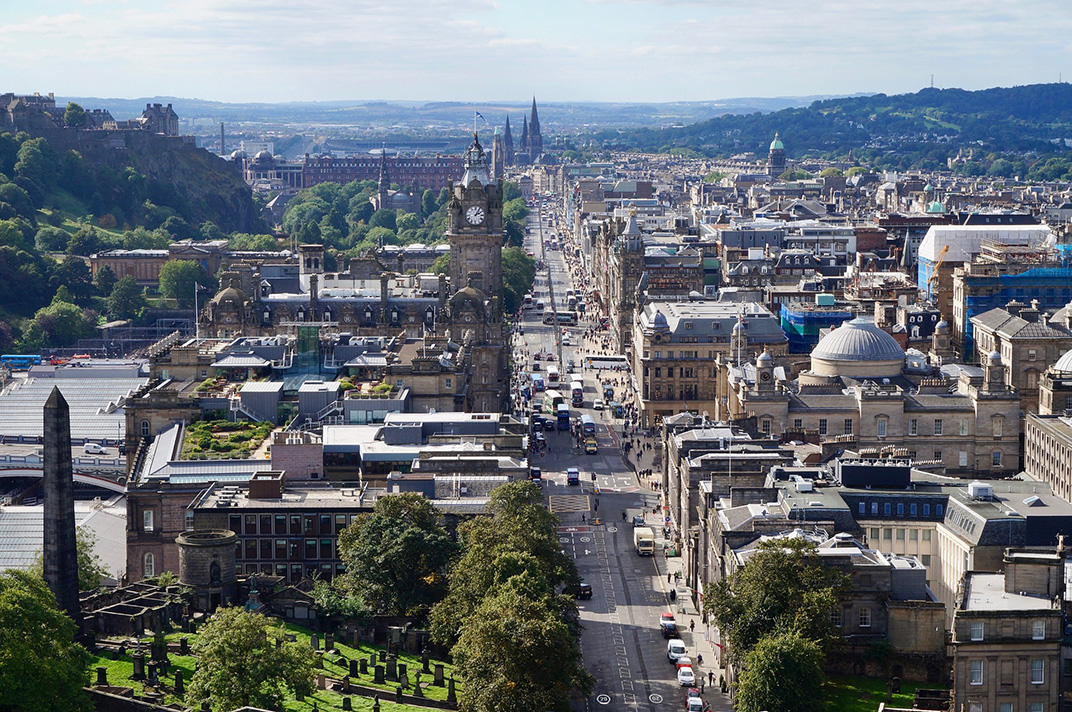 Dubbed the Athens of the North because of its catalyzing role in the intellectual renaissance between the 15th and 17th Centuries and a contemporary cultural hub of global caliber, Edinburgh has long been a capital of the mind as well as the Scottish nation.

With main thoroughfare Princes Street set against the backdrop of neat public gardens contrasted with an iconic castle perched atop a craggy extinct volcano, and an elegant Neoclassical Georgian New Town to boot, it’s also arguably Britain’s most beautiful city and ample green spaces make it a wonderful place to live in.

But it’s also a buzzing commercial centre, with a vibrant financial sector only eclipsed by London, creative and cultural tourism that generates billions and world-class universities and many medical research hubs.

If you’re considering investing in Edinburgh, there are several reasons it’s a wise choice – with that in mind, here are three reasons Edinburgh’s open for business.

When it comes to creative industries, Edinburgh punches well above its weight.

For starters, it was the world’s first UNESCO City of Literature and has inspired authors as diverse as Robert Louis Stevenson, Alexander McCall Smith, JK Rowling and Irvine Welsh to put pen to paper and create stories that have enchanted the world.

But it’s also home to games gurus Rockstar North, whose Grand Theft Auto V generated sales of $1 billion within 24 hours of release and is the fastest selling title in video game history, and every summer the world’s largest arts festival, The Edinburgh Festival Fringe, attracts visitors from around the world and pumps about £1 billion into Scotland’s economy according to Cebr research.

Edinburgh’s no slouch when it comes to tech either – in fact, a recent Tech Nation report confirms that Edinburgh is the UK’s number two for earnings in the tech sector, contributed £4 billion to the economy in 2018 and employs more than 60,000 people.

And this entrepreneurial excellence is backed by solid academic support – the University of Edinburgh has launched a program whereby it’s committed to 100,000 data scientists over a decade and its acclaimed School of Informatics has engendered partnerships with global players like Amazon and Microsoft.

With many organizations doing business across borders, a terrific transport infrastructure is essential, and Edinburgh’s own has won plenty of accolades.

In 2017, the capital’s transport network was named one of the best in the world in the Arcadis Sustainable Cities Mobility Index, with criteria like low commuting times and safety praised in particular, and its extensive and efficient bus and tram system is popular with locals and visitors alike.

How to Make a Readable Resume