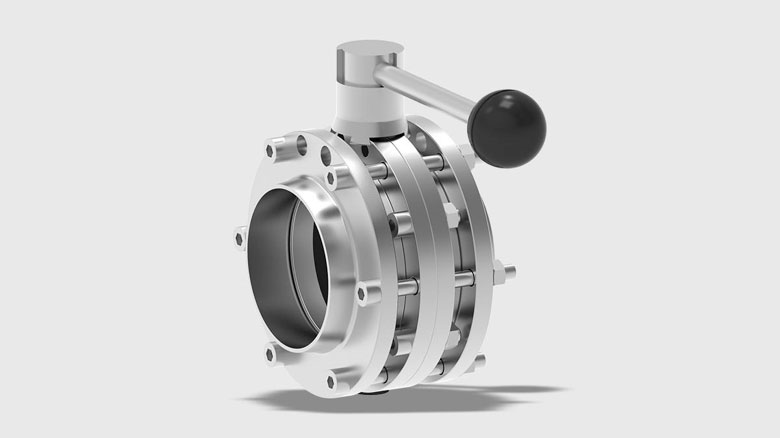 Valves are an integral part of industrial machinery. They are used widely in all types of industries. The main function of a valve is to facilitate the controlled flow of different substances. A valve contains an inner layer that can be opened and closed. With the introduction of new mechanical technologies, industrial valves have also evolved. Right now, the efficiency of industrial valves is better than ever before.

There are many new types of industrial valves being introduced, varying in functionality. Back in the day, steel was the predominantly used material for manufacturing of valves, but now other materials are also used. The choice of material is chosen according to the application of the valve. This blog will provide you an insight into different types of industrial valves.

Ball valves are a popular choice for residential usage, but they are extensively used in industries as well. The ball valves have got this name due to the presence of a disk inside it that is shaped like a ball. The disk covers the opening of the valve to stop the flow and vice versa. The ball valves are used for controlling the flow of different states of substances like gas, liquid, semi-liquid.

One of the biggest advantages of ball valves is that they can be operated at both very high and low temperatures. Ball valves also have an excellent sealing making them an ideal choice for controlling gaseous flow.

A toggle valve is similar to a ball valve in appearance but with a slight difference in design. The better ability to regulate flow distinguishes the toggle valve from a ball valve. It is mainly used to facilitate a smooth flow of liquid by controlling its internal pressure. Different sizes and shapes of toggle valves are available according to their application.

Unlike ball valves, the gate valves are more popular for industrial usage than residential usage. A gate valve is bigger than a ball valve and is commonly used for liquids. It uses a vertically lifted knob that is used for controlling the fluid flow. They have an inner lid that opens and closes to manage the flow. These valves have a metallic inner membrane to contain liquids of high density. But some of the gate valves used to contain lighter fluids use plastic inner lids.

Globe valves are extensively used in different kinds of industries due to their wide scope. They resemble to gate valves in shape, but their mechanism is slightly different. There is a vertical shaft inside a globe valve that is connected to a pivot that can be swiveled by rotating the rod. The pivot is sandwiched between two overlapping horizontal rods. Due to this overlapping, there is a cushion available in the mechanism for regulating the flow.

One big reason for the industrial popularity of globe valves is their simple mechanism and convenient usage. The friction between the parts in gate valves is lesser compared to other types making them ideal for frequent usage. Also, the gate valves are made up of durable material contributing to their sturdiness. However, the time consumed for opening and closing a gate valve is not the quickest.

Check valves have a limited scope in a way that they only allow the liquid to flow unidirectionally. That is the reason why they are also commonly called Non-return Valves (NRV). They are generally used in the mechanisms where the reverse flow of a fluid results in unfavorable conditions. That is why they are extensively used in the petrochemical industry and water management.

Check valves has a tremendous ability to withstand pressure. They use heavy-duty metallic stoppers to block the backward flow of the liquid. The quality of the check valve manufacture also determines the pressure threshold of a check valve.

The butterfly valves have got this name due to their appearance. They usually have a double-branched shaft that can be rotated to allow and block the flow of the liquid. Although butterfly valves also regulate flow, they have limited capabilities compared to globe valves. The metallic disc inside a butterfly valves is placed at 90-degree angle with the flowing material. Butterfly valves are used for regulating liquids and gases.

One of the biggest issues with a purge valve is that it does not close completely. Due to this reason, many false alarms are activated in different engines.

A pinch valve is usually used in low-pressure situations. That is why it is the ideal choice for controlling the flow of semi-solids. The pinch valves contain a plastic hose that works as a cushion between the metallic parts and the fluid. Due to this reason, pinch valves are at lesser risk of corrosion.

Every type of valve has its pros and cons. Due to this reason; it is hard to pick the most efficient out of all of them. All the types of valves mentioned above are the most popular in the industrial world.