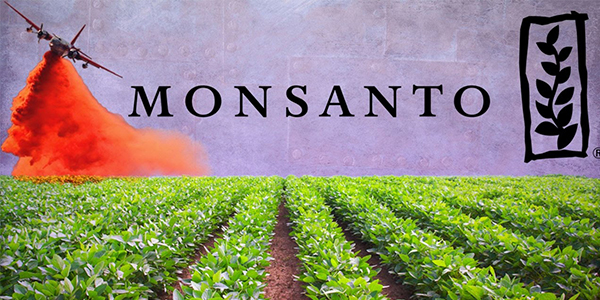 Monsanto’s elemental phosphorus facility is an impressive operation. Located in Soda Springs, Idaho, the main production site occupies 1,600 acres. Three huge electric arc furnaces, the largest of which stands nine stories high, run continuously and create within them temperatures up to 11,000 degrees Fahrenheit – close to the temperature on the outer surface of the sun.

In another part of the site, a 325-foot-long kiln, the largest phosphate kiln in the world, reaches temperatures of 2,500 degrees Fahrenheit to prepare the ore. The conveyor belt that transports kilned materials to the furnaces is one of the largest in the country.

Supporting the plant are other operating sites in the Gem State, including the Rasmussen Ridge Mine, Enoch Valley Mine, and a silica quarry. An associated coal calciner site also is located some 200 miles away in neighboring Wyoming.

The total operation employs 400 people, some who work at multiple sites and most of whom have expertise in phosphorus production. Among those specialists are third-generation family members in the business. As many as 200 contract workers also work at the various sites.

Equally impressive is the product that results from this operation – elemental phosphorus that is more than 99.99
percent pure.

Creating Elemental Phosphorous
As the only producer of elemental phosphorus in North America, Monsanto Soda Springs uses huge quantities of raw materials in an ISO-certified process to meet customer quality requirements. According to Trent L. Clark, plant communications specialist, over one million tons of phosphate ore are brought to the site annually for use in the process along with nearly 200,000 tons of coke, and 300,000 tons of silica.

Clark explains that, “The basic process at this plant is to add electricity – a lot of electricity – to a mix of phosphate ore, silica, and coke.” A lot of electricity, he notes, translates annually into over 160 megawatts, or enough to sustain the residential use in Kansas City. “We’re always looking for ways to be more energy efficient. Our plant is the sole survivor on this continent because we are determined to become ever more efficient and environmentally sustainable.”

The phosphate gas produced in this process is then cooled to a liquid that looks like honey and has the same consistency. This “liquid” is moved via pipes to storage vessels and then to tank cars for transport. Highly combustible as a liquid in the open air, the phosphorus is contained under a blanket of water. Considering its freezing point, 54 degrees Fahrenheit, and the cold climate of Soda Springs, the phosphorus is often frozen and less combustible as it leaves for delivery to downstream customers.

Big Supply, Big Demand
Output from this process comes in impressive numbers: over 200 million pounds of elemental phosphorus annually, 75 percent of which is used in the United States. International sales to Brazil, Canada, and Japan account for the remainder.

Clark says that the bulk of domestically sold output is used in another Monsanto product, Roundup®, which is the top-selling agricultural herbicide in the world. He says that growing elemental phosphorus sales are linked to the worldwide increase in Roundup usage. This increase is driven in part by newly developed Monsanto seed products that are resistant to the active ingredient in Roundup. This ingredient, glyphosate, breaks down into fertilizer to nourish remaining plants after it kills weeds.

Additional applications of Soda Springs elemental phosphorus include the manufacture of Skydrol® hydraulic fluids for airplanes, Phos-Chek® fire retardant for fighting forest fires, and Dequest® water purifier. Other uses are in food phosphates as leavening agents and preservatives, and phosphoric acid used to give soft drinks a “tart and tangy” taste. Past applications included cleaning/whitening agents in toothpaste and laundry detergents.

Safety and the Environment
In addition to being North America’s only supplier of elemental phosphorus, the Monsanto Soda Springs plant has earned impressive safety and environmental credentials:
• ISO-9002 certification
• Recognition as an OSHA Star facility
• Certification by the Wildlife Habitat Enhancement Council
• A Pollution Prevention Award from the Idaho Department of Environmental Quality
• The Idaho Governor’s Award for Corporate Achievement in Environmental Excellence.

Safety initiatives at Monsanto Soda Springs are dedicated to creating and maintaining an accident-free facility. “If you can’t do it safely…don’t do it” is both a motto and an admonition that underpins total quality and continuous improvement programs.
Environmental initiatives divide into two categories: production emissions and land use. Plant emissions are controlled through the use of state-of-the art technology such as air scrubbers, water treatment facilities and hydrosonic equipment that treats byproducts of the production process.

Responsible land use and land reclamation are achieved in two ways: through environmentally sensitive mining practices and through reclamation of mined areas. Regarding mining practices, Clark states, “We strive to make sure our effect on the land is as beneficial as possible.” The Monsanto environmental program includes:
• A multi-million dollar research and management program to ensure excessive levels of selenium, which harm animals and plants, are not reached in mining areas. As a measure of the program’s success, some wildlife organizations have noted that the elk herd in the formerly mined area is one of the healthiest in the West.
• Reclamation projects include backfilling and revegetating mined areas. In one program, using landscaping technology to reforest the area with mature trees is seeing a healthy rate of success. In another, local Boy Scout troops help plant thousands of pine seedlings. And in a third, the first artificial bat rookery in a soft rock mine has been created at a former excavation site.

Clark emphasizes that Monsanto Soda Springs will continue to develop safety and environmental programs as the facility continues to mine and process phosphate ore for new applications. He says, “We believe the future of our society will rely on nature’s best energy carriers more and more. And phosphorus is that element.”

Monsanto Soda Springs is part of Monsanto Company, the agricultural products company that started 100 years ago as a maker of saccharine. The company is scheduled to be spun off this year after being re-focused as a wholly owned subsidiary of Pharmacia Corporation, a pharmaceuticals firm.