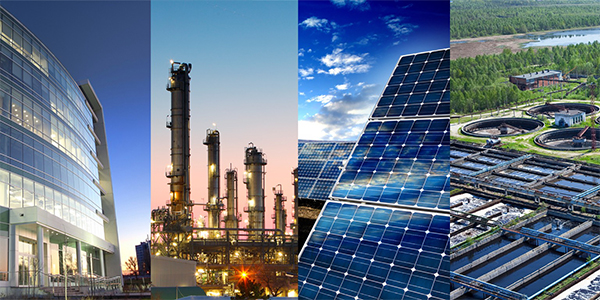 Oliver Hammond started the company in 1917 originally to build foundry tools, but his growing interest in nascent radio broadcasting technology led to a focus on tube radio sets and battery chargers. Interestingly, a company that 88 years later is a leader in electrical products initially powered its shop with steam.

In 1927 the company decided to specialize primarily on components used in broadcast transmitters and radios – the transformer – instead of making the complete box, and eventually expanded to design and manufacture higher voltage transformers, military communications and radar. In the latter part of the century, the company diversified to build electronic and electrical enclosures to meet growing industrial needs. But in leaving an early 20th century “state-of-the-art” technology behind, Hammond continued to honor its origins, One of the original founders’ sons started what became the Hammond Radio Museum in the early 1970s, which today remains one of the premier facilities of its kind.

At the dawn of the next century, Hammond transformed itself again by splitting into two separate companies. Hammond Manufacturing continues to focus on the electrical enclosures, racks, electronic transformers and outlet strips that built the business. Another group was spun off in 2000 to become Hammond Power Solutions to manufacture dry-type transformers.

“One of our strengths is that we are still a family-owned company – Bill Hammond is chairman and CEO of Power Solutions – with the longstanding tradition of excellence and quality,” says Todd McDonald, marketing manager. “We still adhere to the philosophy Oliver Hammond established: Build the product as if you were building it for yourself.”

“The plant in California was established specifically to support the growing market in the area. Wisconsin is a centrally located facility to house our U.S. operations that’s still close to us here in Ontario,” he adds. “Of course, the facility in Mexico is to take advantage of low-cost labor to make price sensitive general purpose distribution transformers.”

McDonald emphasizes that while offshore sourcing is a necessary business decision, and certainly one that is a growing manufacturing trend, it is a limited one. “You can only do it for certain standardized, high-volume situations. While much of our manufacturing operations are automated, there is still a lot of time-consuming manual winding of wire that has to be done. The larger the transformer the more winding you have to do. For non-standard custom applications and specialized features where you need engineering expertise and certain kinds of technical experience, and to be close to your customers, the work is going to be done domestically.”

The company currently runs with 400 employees. While a direct sales force works within Canada, sales representatives are used below the border. It is here, McDonald feels, where Hammond can capitalize on a high-potential new market that, over the last four years, has shown a growth rate of 10 to 20 percent annually. “Currently our biggest sales in the U.S. are to the mining industry; other major segments include the crane industry, steel mills and utilities. Our goal for this year is to increase sales by 15 to 25 percent. In contrast, Canada is a more mature market for us and consequently more difficult to grow. However, by opening up new distribution channels and working closely with some key OEMs, we’ve still managed to grow by 8 to 10 percent here.”

While it has no plans to venture beyond North American territory because “the size of large transformers makes ship-ping overseas with any degree of cost-efficiency impractical,” McDonald believes that in a few years Mexico could become a significant new market. “They have a growing industrial base, and as more companies look to Mexico to base their manufacturing operations, the more there is a need for our products to run in them. With more people having jobs, increasing affluence in turn stimulates growth of businesses and services that have rising power management needs.”

The Shock of Competition
Returning to the subject of his southern neighbor, McDonald says, “Most of our growth is coming from the U.S. for a number of reasons. To begin with, we offer the broadest range of any of our competitors, from the smallest transformer to the largest. Most everyone else is a niche player, but instead of a customer having to deal with multiple vendors for multiple applications, they can instead deal with a single provider capable of meeting all their needs.”

An additional advantage is that the chief competitor that comes closest to Hammond in size and product offerings is unaccustomed to a marketplace where it is no longer the only dominant player. “Customers are telling us that they’re very pleased to finally have an alternative,” McDonald notes.

He touts as Hammond’s strengths its longstanding reputation for quality, design and engineering experience and innovation, ability to customize and, moreover, short lead-time turnaround. “Typical lead-time in this industry is four to six weeks. We have a premium offering in which we can get product out the door in one week. This is particularly important to customers if they have a large transformer that goes down and are losing money for every day that transformer isn’t working.”

These days, price considerations are on everyone’s minds, both from sales and supply viewpoints. “Performance, functionality and quality are still the primary considerations, particularly when you’re dealing with customized applications,” McDonald says. “But within the last two years, price is becoming a larger consideration than it used to be. While it’s not the main decision-point, all our customers are more cost-conscious these days.”

And, of course, Hammond is both as cost-conscious and cost-sensitive as everyone else. “Raw material prices are going through the roof. Steel is up something like 75 percent, copper has doubled. These metals are integral to making transformers. You just can’t pass all these increases off to the customer. So, one thing we’re constantly looking at is where we can replace a metal with a less expensive one, or use less of the metal without affecting performance and safety. This plays to our engineering strength, so again another advantage we have is the ability to achieve certain cost-efficiencies through better design that smaller competitors with limited engineering resources can’t.”

Hammond is also a bit squeezed by the changes in the value of the Canadian dollar. “It’s the proverbial two-edge sword,” McDonald says. “On the one hand it makes our products more competitive in the U.S., but at the same time it makes us less competitive here in Canada against U.S. competitors.”

The charge towards Solutions
So what’s next in the evolution of Hammond Power Solutions as a technology leader and innovator? McDonald says it will be to live up to the name it adopted five years ago. “Technology has gotten more complex, more integrated into other technical and corporate business systems than ever before. It’s not a matter anymore of getting a box and plugging it in. It’s putting that box in the context of the overall operational efficiencies and business objectives where it works best. Or, if it doesn’t, designing better boxes that will fit customer-specific needs. It’s not enough to be a technology provider. We want to be a solutions provider.”

Towards that end, Hammond Power Solutions is developing what it calls a “power quality focus.” Says McDonald, “We’re looking at not only how a particular kind of transformer works in an electrical system, but how it can save the company money, what are the environmental considerations, how it fits into long-term planning considerations. We want to be able to do energy audits for customers, analyze their problems, and offer solutions that could include our products, but also focus on customer objectives to improve business objectives. It’s a more consultative role, but it’s something our customers frequently don’t have their own internal expertise in and are really looking for someone they can work with. We haven’t fully defined the shape of how we’re going to this, but it’s the direction we’re moving towards.”

It’s a powerful move for Hammond Power Solutions to make to further transform itself. The strategy is likely to be widely broadcast here in the states.