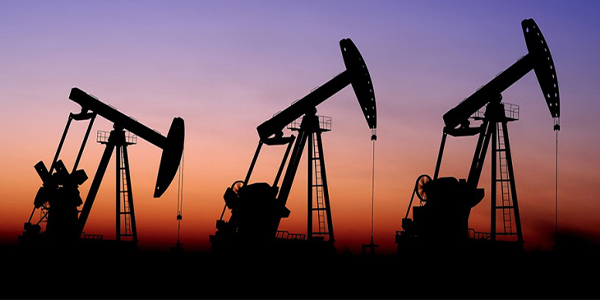 Know Which Way the Wind Blows… Bob Dylan was right; it doesn’t take a Weatherman to know which way the wind blows.Gov. John Engler is right too. It shouldn’t take hurricanes like Katrina and Rita to tell us a very chill wind indeed is blowing through our energy infrastructure.

It does seem, in the wake of third quarter economic data that the American economy is remarkably resilient, turning out a 3.8 percent annual growth rate after the 3.3 percent expansion of the previous three-month period. Here we sit on the cusp of a new year with a robust economic pace that (according to the forecasters) wasn’t supposed to be so healthy, but which still has visible cracks developing for all to see. As we head into this winter ask yourself, would we be better off if gasoline was 50 cents cheaper, if consumers did not have to pay 48 percent more for natural gas, or nearly a third more for home heating oil? Of course we would.

Continue the exercise, will we be better off if our manufacturers (our core constituency, by the way), are faced with such upward spirals in energy costs that even with double digit gains in efficiency they are forced to match with double digit cuts in their workforce? Of course not. It’s a recipe for disaster.

Now, it seems to us, it’s time to starting reviving our own domestic energy resources and upgrading the capacity to provide safe, affordable energy for our homes, our industries, and our society. We agree with Gov. Engler that it appears our own government is the main roadblock.

As he points out, we have not built a hydrocarbon refinery since 1976 and the last nuclear plant was approved in 1979. On a global scale, of the 120 large chemical plants being built, only one is sited in the United States. Even though we were pioneers in getting electricity from nuclear power, and still get a hefty proportion, we have fallen behind countries such as France, which gets more than three-fourths of its electricity from reactors. Or China where a $50 billion project will build 30 nuclear plants by 2020.

According to the National Association of Manufacturers that Engler heads, it is not business economics that has hamstrung our development of energy producing and enhancing infrastructure over the last 30 years. It is the government bureaucratic process that sets up the hurdles that are more responsive to the demands of environmental Luddites than to the needs of American workers and entrepreneurs.

If there is a shortage of supplies of natural gas this winter put the blame on an approval process that will stymie all but a handful of the 60 proposals for new liquefied natural gas terminals. The same goes for bureaucratic barriers to develop our oil and gas resources under the Outer Continental Shelf; what kind of energy policy makes 85 percent of all federally controlled coastal waters off-limits to energy exploration and development?
Because we lack domestic capacity to pump and process natural gas the price which was $2 per million BTUs six years ago rose to $10 before the hurricane disasters and then topped $14; a twentieth of what the price for gas is in Saudi Arabia and all because of our own straightened domestic capacity.

So it goes. Whether one talks about the development of our largest single untapped oil field – the Arctic National Wildlife Refuge – or the permitting barriers that keep petroleum and natural gas refineries from being erected, let alone new nuclear plants from coming on line, we are facing the same race with the disaster that our hurricane victims did. Our need for electricity is expected to grow by 50 percent in 15 years; without energy sources and generating capacity on hand we face a storm of even more destructive power.