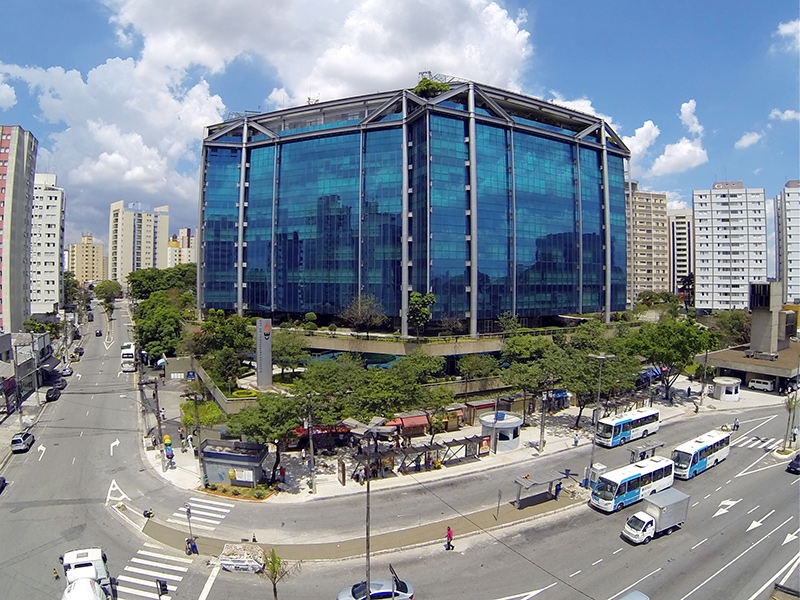 Only a few years ago, Brazil’s construction sector was living through an unprecedented boom. That was before the country was plunged into one of the worst recessions in modern times. Brazil’s economic crisis has been accompanied by the onset of Operation Car Wash – the ongoing investigation into a corruption scandal of epic proportions that has engulfed governing figures from all Brazil’s political parties as well as a handful of mega-construction companies accused of bribing officials.

Stoked by uncertain presidential election outcomes later this year, political and economic instability shows no sign of abating – at least for now. Amid such turmoil, what’s a Brazilian engineering and construction company to do? If you’re a leading provider of complex solutions that has been a pioneering presence in the marketplace for 45 years, you embark upon a “new phase.”

The words are uttered by Victor Penchiari, business development and marketing manager of Método Engenharia. An architecture and urban studies major with post-graduate degrees in business administration and marketing, during his eight years at the São Paulo-based company, Penchiari has weathered Brazil’s most recent – and extreme – highs and lows.

“Like the majority of businesses in this segment, Método suffered from the last three years’ very real lack of opportunities,” he confesses. “Many projects were developed long before this hostile period began. Even so, we still experienced a very large decline in terms of demand and investment.”

In order to survive, let alone thrive, in this new context, Método has had to reinvent itself. It has done so by adopting a more proactive commercial stance: generating new business, forging new partnerships, and integrating its separate business units under the umbrella of a singular business culture that emphasizes the activities that contribute most to its overall growth.

“It’s a radical transformation that’s still very much underway,” admits Penchiari. “I understand that we’ve won some battles, but the scenario in Brazil is still very uncertain, with many variables in play, and this has forced us to be very cautious with respect to decision-making. The decline of business opportunities combined with the fall-out from Operation Car Wash has forced Brazil’s construction market into a new configuration. We believe that companies that adapt to such transformations will be able to fill new market demands. Método is more than prepared to be at the forefront of such changes.”

It wouldn’t be the first time. Since it was founded in 1973 by current president Hugo Marques da Rosa, Método has undergone multiple transformations, many of which saw the company playing a pioneering role. Dedicated to providing clients with the best engineering, construction and maintenance integrated solutions available for high complexity projects, from the outset the company set out to be a reference in terms of technology and innovation.

“Our corporate vision sees innovation as not only necessary to maintain marketplace leadership, but fundamental in a sector that has traditionally been lacking in terms of workplace health and safety, environmental impact, productivity and management processes,” declares Penchiari. “Since 1973, Método’s history has been defined by a succession of pioneering initiatives that have allowed us to deliver differentiated projects and buildings that respect clients as well as partners, suppliers and collaborators.”

There are abundant examples of such initiatives. In the early 1990s, Método was the first Brazilian company to bring drywall technology to Brazil, creating the first vertical project, a residential complex in São Paulo, at a time when the market was leery of this new process. At the forefront of sustainable culture, it was also the first company in the construction sector to become a member of the international council of Green Buildings. A co-founder of the institution in Brazil, Método possesses one of Brazil’s largest portfolios of environmentally certified large-scale delivered projects.

More recently, it’s also been one of the first companies in the civil construction industry to implant BIM (Building Information Modeling) technology into its management process. In doing so, the company faced many challenges, ranging from marketplace resistance to difficulties in choosing partners and project engineers, training them in new technologies, and creating a corporate culture favorable to the widespread integration of such technology into its project management.

“It took some time,” confesses Penchiari. “But today one of the biggest factors that sets us apart from our competitors is our ability to dominate new technology, extracting its benefits to the maximum throughout the entire life cycle of a product; from conception, development, projection and planning to execution and maintenance.”

A Trio of Units

Currently, Método operates in three distinct segments: Building, Fast Track Construction, and Industrial Building. The Building Unit is able to take on all types of large-scale construction projects, including hospitals, hotels, shopping centers, office towers and large commercial spaces. The Industrial Building Unit provides services electromechanical assembly, maintenance and EPC for industrial sectors such as oil and gas and energy. This unit was originally an autonomous company, Potencial Engenharia, specializing in the oil and gas sector that was purchased by Método in 2009 and merged with the company in 2014.

Reflecting its name, the Fast Track Unit focuses on quick projects that Método doesn’t actually execute, but for which it provides integrated engineering services, with an emphasis on agility. “This unit is quite unique in that it caters to large Brazilian retailers, major players that include the pharmaceutical, education, financial and fast food sectors.” explains Penchiari.

“What our clients have in common is the need for a vast service network so they can reach their final customers. Creating such a network is challenging in a country whose territory is so vast. These large-scale networks have to be standardized and ongoing expansion entails many simultaneous activities; we offer them quality engineering solutions that allow them to integrate their activities.”

Método Fast is an example of the company’s “new phase,” a consequence of an unstable market that has spurred the company to seek out intelligent solutions while many of its competitors, formerly accustomed to working in distinctive niches, increasingly find themselves having to share and fight over the same – reduced – marketplace.

“Such competition can be detrimental to the sector because often companies eager for new contracts seek to increase their competitiveness by diminishing their profits,” warns Penchiari. “At Método, however, we’ve learned that there are other ways to offer clients added benefits, one of which is providing services for the steps taken prior a project’s execution. In doing so, we become partners with our clients, helping them to make decisions about a product’s concept.”

With this goal in mind, the company launched a service known as Pre-Construction: offering critical analysis of projects, suggesting constructive alternatives, tweaking execution methodologies, and evaluation a project’s execution, operations and maintenance. In doing so, engineers involve themselves in every possible aspect of a given project. The ultimate goal is viability without sacrificing or diminishing a project’s scope or architecture.

The service has been such a success that it has been a significant factor in Método landing new contracts. “It really offers clients security,” explains Penchiari. “Aside from reducing the capital expenditures of their projects, clients come to see us as co-responsible for projects that we’re developing together. It becomes a more transparent operation in which everybody emerges a winner.”

In today’s unstable climate, Método views partnerships as more fundamental than ever. Aside from partnerships with clients, it seeks to create them with its team of 2,000 employees as well. Currently, the company has an incentive program for employees seeking PMP certification. To date, over 200 of its engineers have graduated from the Project Management Institute, ensuring a team that is increasingly competent – and competitive.

Método has also sought to forge commercial partnerships with businesses that provide complementary services, with the goal of offering added value solutions to its clients. One such partnership is with the Saint-Gobain Group, with whom Método has recently developed many new projects. The company has also just teamed up with China’s Kerui Petroleum to build the largest natural gas production unit (UPGN) in Latin America for Comperj and with Passarelli Construction to renovate and expand Fortaleza’s international airport for Fraport.

“We recognize that we need partners in order to carve out our own space in the marketplace and fortunately we can count on some excellent references,” confesses Penchiari. “The consequence is high-profile contracts and a presence on the national scene that is certain to leave a legacy.”