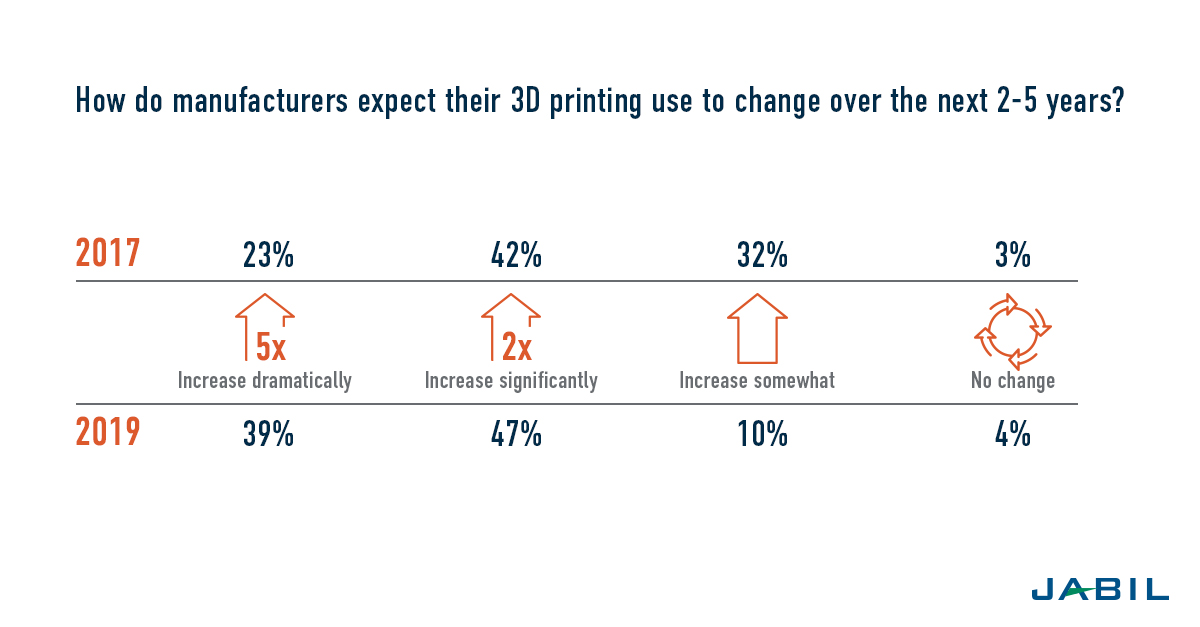 As more companies embark on their digital transformation, they are increasingly reevaluating their manufacturing processes. For one, they’re exploring how 3D printing can enhance and augment traditional manufacturing methods.

That continued growth is reflected in the findings of a new survey conducted by Jabil on “The Current State of Additive Materials and 3D Printing.” The company surveyed more than 300 manufacturing decision-makers around their use of additive manufacturing and the results indicate explosive growth expected for 3D printing, compared to the 2017 survey.

The upward trajectory of the popularity and applications of additive manufacturing point to growing opportunity, particularly when it comes to materials. Although 3D printing potential and capabilities are at an all-time high, many companies are still struggling to procure necessary materials – whether because the price is too high or the materials are not certified for 3D printing.

Nevertheless, indications are that 3D printing utilization will continue to grow and manufacturing stakeholders are very excited about the plethora of opportunities it offers. Following are some of the key findings from the survey:

Expected growth rates for the use of 3D printing have skyrocketed since 2017. Most additive manufacturing stakeholders (96%) do predict that their company’s use of 3D printing will grow over the next few years. The majority expect this growth to be significant, including 39% that report that it will increase at least five times and 47% that think it will at least double.

2. The Impact of 3D Printing is Expanding

According to respondents to our survey, the impact of 3D printing on the overall manufacturing industry is up notably. In fact, almost all manufacturing stakeholders (97%) report that it will transform the way they think and operate. Most remarkably, for almost two-thirds (59%), this impact has already happened. The remaining 38% believe it will come and is only a matter of time.

3. Most 3D Printing Use Cases Are Up Dramatically

Use of 3D printing is up significantly across nearly all use cases in the 2019 survey compared to 2017, including production parts; bridge production; repair; and jigs, fixtures and tooling, with the most dramatic increases seen in production parts (up 25% since 2017) and repair (up 24%). Only one option – prototyping – decreased in popularity (66% from 69%), which is perhaps inevitable given how much usage has increased in every other category.

4. 3D Printing for Functional or End-Use Parts is Growing Significantly

Using 3D printing to produce functional or end-use parts is an application that has grown significantly over the last year, from 80% in fall 2017 to 96% in the beginning of 2019. About two-thirds of companies use 3D printing to make at least 10% of these parts.

One possible concern in using 3D printing to create these parts could be that they won’t have the strength such a vital component requires, but as we can deduce from the fact that usage of 3D printing has already risen significantly in this area, it seems likely that as manufacturers become more accustomed to utilizing 3D printers for this task, they will use them more for functional or end-use parts. 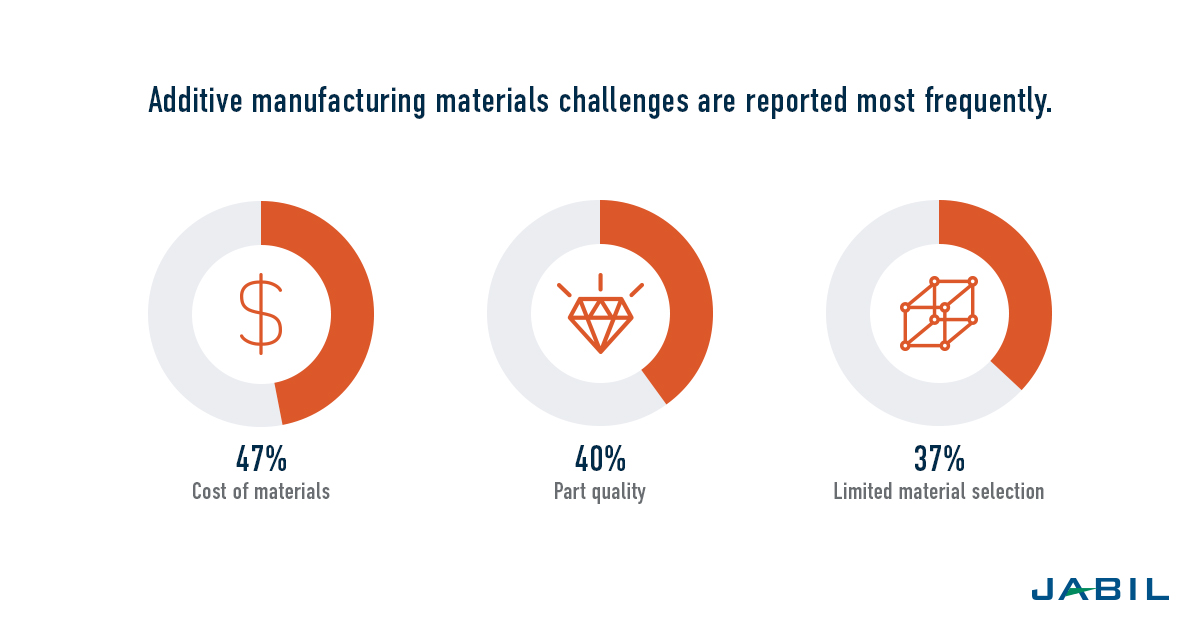 Some of the most dramatic innovation in recent years has been the evolution in the materials available for 3D printing. Researchers, designers and engineers are using a wide variety of materials: human tissue, pizza dough, even lunar dust. The ability to work with metals, ceramics, and composites in addition to plastic opens a world of
potential. This represents an opportunity for materials around lower costs, better parts quality, and a broader selection of materials, given that survey respondents cited these types of materials-related challenges as some of the most difficult for them to overcome, (47%, 40%, and 37% respectively).

A Bright Future for 3D Printing

The future of additive manufacturing looks bright with 3D printing continuing to position itself more prominently in the manufacturing landscape. And as costs continue to reduce and processes become increasingly more efficient, the possibilities for use-cases will expand considerably. 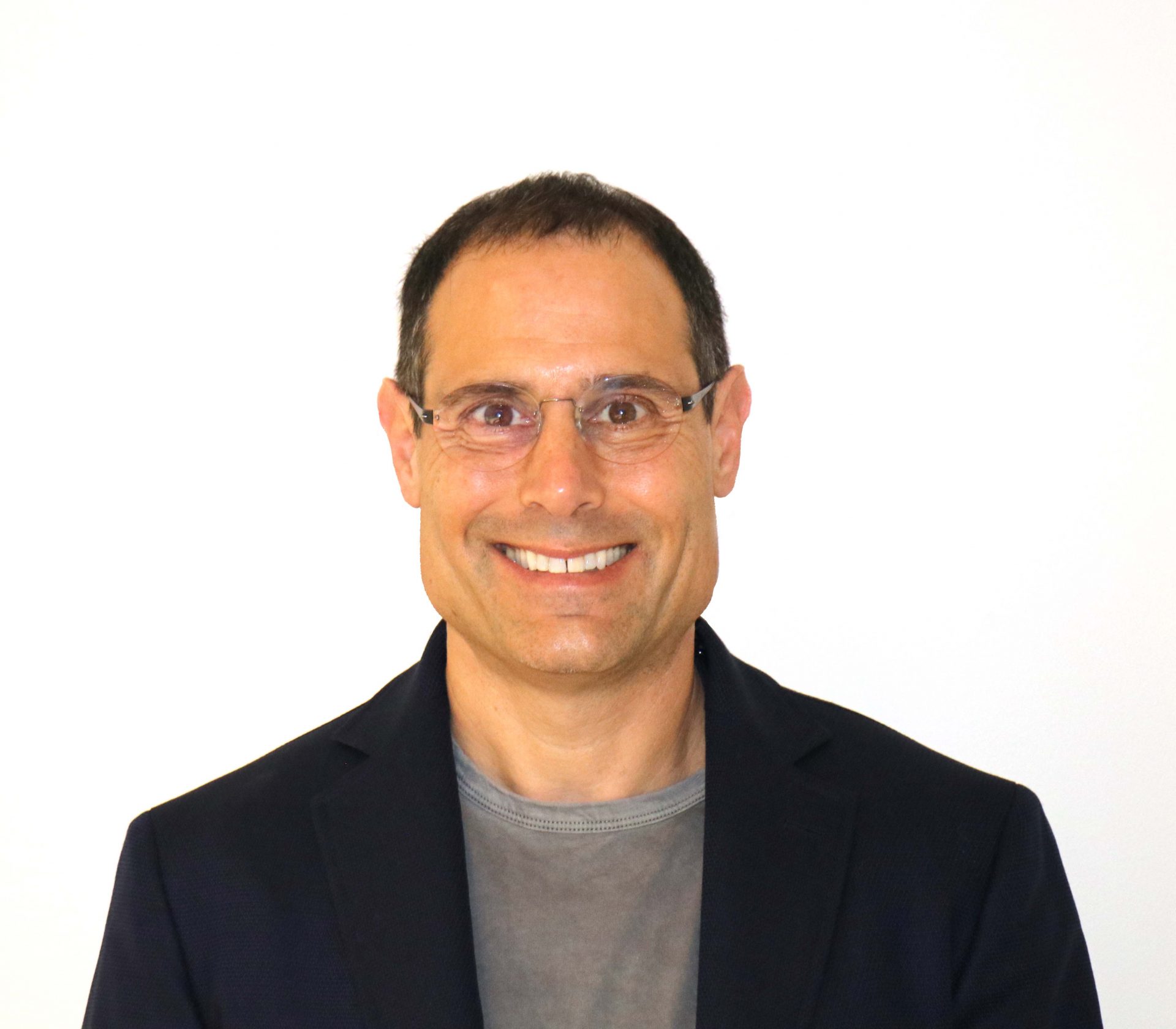 John Dulchinos is Vice President, Digital Manufacturing at Jabil, Inc. where he is responsible for leading the company’s digital manufacturing strategy including robotics, 3D printing, M2M communications and automation. Mr. Dulchinos is an active member of the robotics industry, serving as President of Silicon Valley Robotics, a member of the board of directors of the Robotics Industry Association (RIA) and the International Federation of Robotics (IFR). He appeared in the 60 Minutes documentary “March of the Machines” and in the New York Times story “The Robot Factory Future”. He also contributed to the United States long-term robotics roadmap. Mr. Dulchinos holds both a Bachelor’s and a Master’s degree in Mechanical Engineering from Rensselaer Polytechnic Institute with a concentration in robotics.