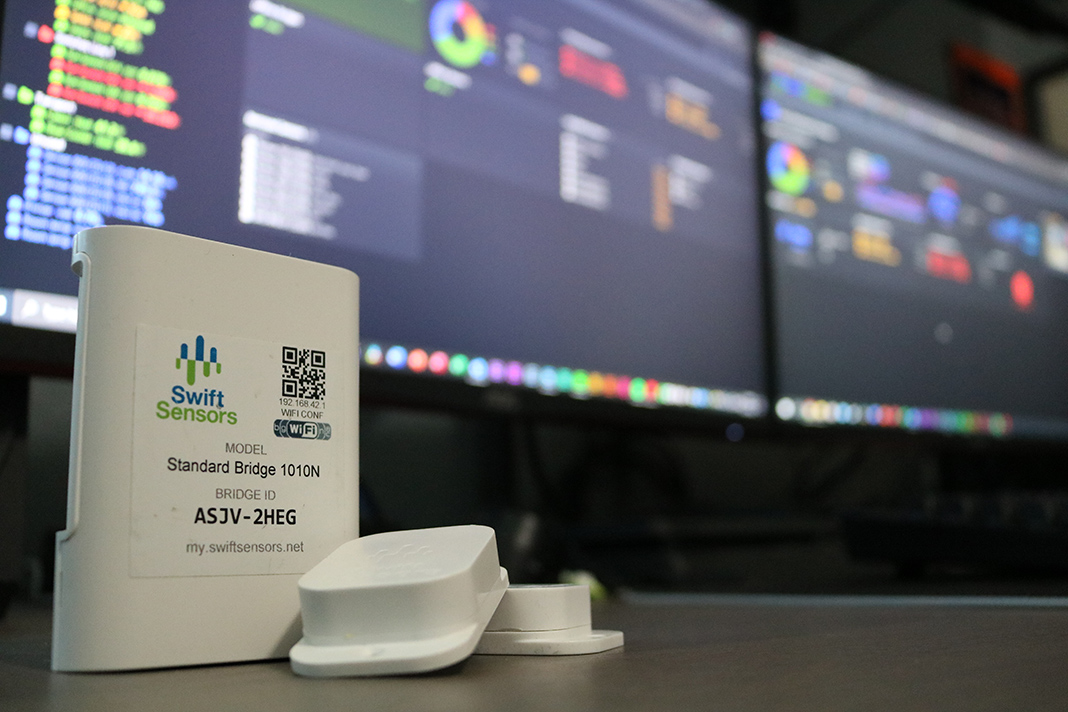 In today’s new normal, manufacturers can maximize the value of their existing machinery through IoT-enabled predictive maintenance (PdM).

Every manufacturer wants to get the most value from their equipment investment because replacing machinery is expensive and disruptive. However, downtime and production errors caused by aging equipment failures are costly, too. Unplanned downtime costs industrial manufacturers an estimated $50 billion per year. To avoid replacement expenses and unplanned downtime costs, a growing number of manufacturers are adopting IoT-enabled predictive maintenance (PdM) to extend the life of their existing equipment.

However, those spending plans were made before the Covid-19 pandemic dramatically altered the global economy. Postponing new equipment purchases for as long as possible without sacrificing uptime or production quality can be a wise strategy at various times. In today’s abruptly changed market, where 78% of manufacturers expect the pandemic to negatively affect their finances, it may be a survival strategy for some companies.

It’s also important to keep in mind that replacing equipment involves more than just the cost of the new machinery. There’s also the cost of downtime while old equipment is removed, and new equipment is installed. Typically, this process takes much longer than the downtime needed for maintenance and repairs on existing equipment. In addition, new equipment almost always requires an investment in employee training to get operators up to speed.

The desire to extend equipment life is one of the factors fueling this trend in industrial manufacturing. By retrofitting existing equipment with an IoT-connected sensor network that has data analytics and machine learning capabilities, manufacturers can improve their maintenance processes, save money and maximize the value of their current machinery.

How the IoT supports predictive maintenance

Installing small wireless temperature sensors and remote vibration sensors on older equipment can start making a factory floor “smarter” in just a few hours. As these devices securely feed a continuous stream of data to a bridge for cloud storage and analysis, the system’s machine-learning engine develops the insights that managers need to optimize equipment maintenance.

By combining this sensor data with other information about the equipment, such as

the system can determine when a piece of equipment is likely to fail. And it can do this in advance of when even an experienced equipment operator could detect changes in sound or temperature. This allows the plant to implement predictive maintenance—maintenance only when it’s needed, before there’s a failure or downtime.

How PdM can extend equipment life and reduce costs

Inadequate maintenance strategies can cut plant productivity by as much as 20% according to Deloitte, but predictive maintenance allows manufacturers to maximize equipment value in several ways. The most obvious is that PdM’s ability to deliver advance warning of problems can reduce unplanned downtime. A 2018 survey by PWC of EU-based manufacturers, logistics firms and other companies found that PdM improved 60% of participants’ uptime by an average of 9%. Some individual companies had uptime gains of 30%.

AI-driven PdM can also help assess the risk a piece of equipment will fail so that maintenance can be scheduled as needed and carried out at optimal times. This approach to maintenance typically costs less than calendar- or usage-based preventive maintenance, because of the need for fewer service calls, less frequent parts replacements and less downtime. PdM reduced costs for 45% of the PWC participants by an average of 12%.

Fewer equipment breakdowns and as-needed maintenance can extend equipment life. In the PWC survey, 46% of the participating manufacturers said they were able to extend the life of aging equipment by an average of 20%.

Other benefits of predictive maintenance

Knowing when equipment is likely to fail—and being able to prevent that failure through optimally timed maintenance—has benefits beyond maintenance cost savings and increased uptime. Unexpected equipment failures can lead to worker injuries, product defects and—in some cases—spills, leaks or fires that cause plant damage and environmental contamination. However, more than half of the participants in the PWC survey reported an average 14% reduction in risks related to safety, health, environment and quality because of their PdM programs.

Predictive maintenance also frees up working capital that would otherwise be tied up in a stockpile of spare parts for equipment that might or might not need them. These parts stashes also require storage and transportation, and they might be obsolete by the time they’re needed. With PdM, plant managers can order the replacement parts they need based on data analytics that show when those parts will be needed.

Those upsides are clearly related to the optimized maintenance that PdM delivers. But there can be other benefits to PdM, too. PWC’s survey found a “surprisingly high” number of companies experienced improvements that most of us don’t think of when we consider what PdM can do for manufacturers. Forty percent of the companies said PdM implementation led to better customer satisfaction, while 37% said it led to better product design and 36% reported energy savings.

The fact that PdM delivers many types of cost savings is valuable, but helping equipment last longer may be the most important benefit right now. Extending equipment life could save the average manufacturer thousands, or hundreds of thousands, of dollars in a given year. These savings create a competitive advantage in any economy. In this newly uncertain economy, it could be a lifeline.

Ray Almgren is the Chief Operating Officer at Swift Sensors, a developer of cloud-based wireless sensor systems for industrial applications. Prior to his role at Swift Sensors Ray was the Vice President of Marketing at National Instruments. Ray received his BS in Electrical Engineering from the University of Texas at Austin. Ray is the founder and current board member of FIRST in Texas, a member of the National FIRST Executive Advisory Board, and has served on several engineering advisory boards including The University of Texas at Austin, Southern Methodist University, and Tufts University.