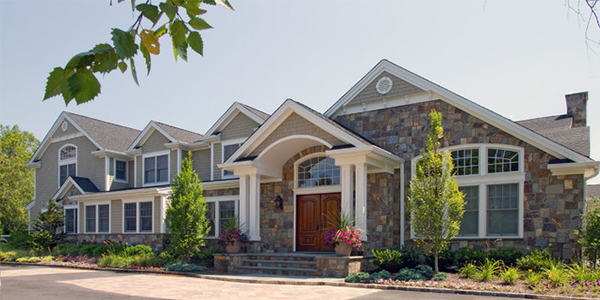 A major supplier to the buildings materials industry, with a solid reputation that transcends international borders, Wixom, Mich.-based Tapco Group provides contractors and homeowners what they need to beautify a home’s exterior. They are recognized for their superior quality products, reliability and operational excellence.

The Tapco Group assembled the spokes of its all-encompassing umbrella through strategic acquisitions that brought a combined 45 years of experience into the organization. Further, the canopy that tops this methodically built umbrella was woven by organic growth and product innovation that targeted the major trends within the industry it serves.

“We are the leader in designing and supplying innovative home exterior products,” says Roan DelVero, The Tapco Group’s vice president of marketing. “We’ve listened to the requests of contractors and homeowners and positioned ourselves accordingly.”

A major trend is the move toward low- and no-maintenance exterior products. “People are seeking more options in home exterior products,” says DelVero. “We allow the individuality of the homeowner to come into play.” Further, for the sake of the contractor, they’ve designed the products to be installer friendly. “Our products cut down on installation time which, in turn, lowers costs for homeowners,” DelVero points out. “As a result, everyone is happy.”

Accelerated Growth
DelVero indicates that company growth kicked into high gear during the 1980s, when Tapco purchased Metamora Products, of Metamora, Mich. Previously, the company performed Tapco’s injection molding, but Tapco decided to purchase the company to bring all of the manufacturing, financials, sales and marketing pieces together. To further the growth of its injected molded plastics business, the company bought a second facility, located in Elkland, Pa. Its aggressive efforts helped Tapco advance the product growth of the plastic, decorative shutters. “We could produce great volumes at reasonable costs,” states DelVero.

Company growth continued in 1991 when Tapco formed Builders Edge, a move designed to offer exterior building products to the retail marketplace. Today, Builders Edge, located in Wixom, is a leader in that niche.

All the while, Tapco was developing an increasing presence in global markets. As such, in 1992, its name was changed to Tapco International Corporation, to reflect this development. In 1999, the company established the Tapco Offshore Group to service markets outside of North America. Today, now known as Tapco Europe Limited, it services distributors across Europe from the United Kingdom headquarters.

Moving into Acquisition Mode
In the early part the new century, Tapco went on an acquisition spree. At this time, DelVero relates, the use of wood, as a raw material for any type of building product, continually decreased for home exteriors, mainly due to the maintenance involved. “Home owners and historical societies wanted an authentic look, but they didn’t want to use wood,” he says. “Every two to three years, you have to pull off the shutters and sand, scrape and repaint them.”

In 2001, Tapco acquired Atlantic Shutter Systems, of Latta, S.C., to provide composite shutters as an alternative to wood. “They’re made of fiberglass and proprietary composite materials to make a shutter that looks exactly like wood,” describes DelVero. “They function like wood shutters but they last a lifetime. They won’t rot, split or warp.”

Only a year after it acquired Atlantic, Tapco bought Vantage to offer an additional shutter option in the retail marketplace. Today, Vantage, located in Wixom, has established a strong presence in that market.

In 2003, Tapco expanded its product offering to specialty vinyl siding when it acquired Miami Foundry. This siding replicates the look and feel of real cedar shake and shingles. The company name was later changed to The Foundry, and it offers shakes, staggered shakes, shingles and shapes that are as elegant as hand-split cedar siding, yet more durable, in a larger selection of colors. “It has the ease of installation of traditional vinyl siding, but looks like authentic cedar siding,” comments DelVero.

He adds that the company employs a unique design process. “The Foundry doesn’t use a computer generated design, which is what everyone else does,” he says. “Rather, we use actual cedar shakes and shingles to create the molds for our siding. All the natural flaws and beauty in the original piece of cedar show up when we generate each course of Foundry product,” explains DelVero. “We don’t even like to call it vinyl siding, because it doesn’t have that vinyl siding look.”

In early 2005, Tapco launched a new brand, Home Defense, which features products made with innovative clear panels designed to protect windows from hurricanes and storms. That same year, Tapco acquired Max-Slate of Albion, Mich., to extend its product offerings to composite slate roofing materials. The brand name was later changed to InSpire Roofing Products. InSpire composite slate is made using a compression mold and is comprised of resin and natural materials. “For many people, it looks better than real slate,” says DelVero.

InSpire Roofing Products is an important piece for Tapco, because it provides a snug fit in the company’s overall picture. “This represents a very fast growing segment of the roofing market,” says DelVero. “Granted, it’s a small niche in an $8 billion market, but it’s one of the fastest growing, because it uses modern technology to create an old-substance look and make it even better.”

Moreover, it’s easy to install with a nail gun. “Installation of natural slate can be time consuming and expensive, requiring a lot of skill,” says DelVero. “Previously, that prevented people from selecting it for their roof. Now, they can have the authentic look of natural slate at a fraction of the cost.”

Recognized Leader
The Tapco Group markets and sells its products to customers in North America and throughout the world, utilizing the wholesale and retail distribution channels. Tapco sells many of its products to distributors and dealers who, in turn, sell them to contractors, remodelers, installers and builders. “The contractors end up doing the final selling of our products to homeowners or for commercial projects,” says DelVero.

Major players along these supply chains recognize The Tapco Group as the leader when it comes to innovation and product quality. As far as the company is concerned, Tapco considers itself a work in progress. It fully intends to continue growing through more product development and acquisitions.