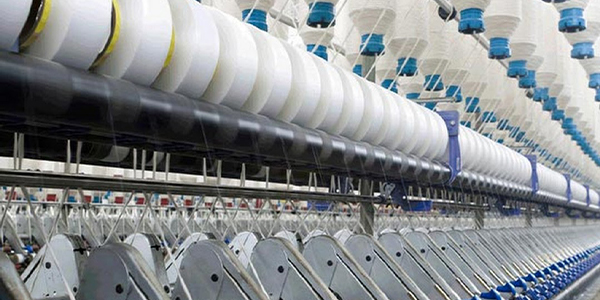 Although Spintex S.A. de C.V. was founded only five years ago, the company was born under the umbrella of a group owned by the Pachalami Nassif brothers for 20 years. The company belongs to a vertical group that produces yarn, circular knitting fabric, fabric dyes, and cuts, sews, print and pack t-shirts and fashionable women’s clothing.

“Our company has advanced in the fashion business due to five factors: the systems we have in place, our products’ quality, our very competitive prices, fast response to orders, and the precision in details from beginning to end,” said Vicenzo Petrozzino,
engineer and general director.

According to Petrozzino, since China entered the North American market, competition dragged down many companies because they could not keep up with low pricing. China and India’s textile industries have been favored by the globalization process because they offer cheap and intensive labor. Since 2001, when China joined the WTO, sales to the United States doubled. Last year, in addition, all quotas to sell to the American market ended, so that competition is now open.

With a workforce of 18 million people, against 900,000 in Mexico, China has taken over many segments of industries that were traditional in the Spanish-speaking North American country including the textile and apparel industry. However, Petrozzino thinks there are strong reasons why Spintex is a long-term player in the American market. “We are 18 hours away from Laredo, Texas. Delivery is fast, and closeness to the United States market is definitely a plus,” he said. China might take months between the time an order is placed and its actual delivery, and in an industry that is so dynamic and changing, the delay could cost the company more than lost time and money.

Proximity to the United Stated is instrumental for the clothing business, explained Petrozzino, because fashion and seasonal changes push for a dynamic process. Forty percent of the clothing imports into the American market is directly affected by changes in trends, design, new fabrics or technology. Companies like Spintex offering full-package services need to transform patterns and specs in samples in a matter of days to get order approval and guarantee order delivery, or clients go elsewhere.

HOW THINGS HAVE CHANGED
“Between 1989 and 1991, before signing the NAFTA agreement between Mexico, Canada and the United States, Mexico wanted the American market but the country was not ready. Today, things have changed and companies that stayed on top of the market’s transformation, making the necessary decisions to stay competitive, are not only ready but also ahead. We can provide the best quality garments with the best materials at the best price, and deliver in eight to 10 weeks to the point of sales,” he said.

Certainly, things have changed since 1998, when Mexican exports to the American market increased 120 percent in three years, topping textile exports from Hong Kong, China, South Korea and other nations from Southeast Asia. Also in 1998, the United States bought Mexican apparel in the amount of $6 billion with a record high of $9.4 billion in 2000, and Mexico was positioned at the top of apparel exporting countries to the United States and second in textile exports.

With over 200,000 workers in the textile industry and more than 800 registered plants, Mexico saw the debacle coming that started with the fall of the United States market in 2001 and the rise of Asian competition. Today, three out of four textile companies either have closed their doors or are working at under 50 percent of their installed capacity. However, Petrozzino believes there has been a shift in commitment between Mexican and American companies. “Long-term commitment came from companies when we showed increased integration of operations and improved production sophistication,” he assured.

Spintex diminished costs sensibly when deciding to integrate vertically, from producing its own yarn to packaging the product. The company’s program Partners for Profit stresses the fact that by integrating the different stages of production, the company can budget one price for the whole process of a finished garment instead of several prices that add up to the final cost. “We pay a lot of attention to detail from our design and pre-production stages, to fabric development,” he added. Spintex develops new fabrics with different textures and smoothness such as “dry relief,” a fabric that was recently developed for Nordstrom.

FACILITIES
Spintex’s knitting operation consists of 78 circular knitting machines of different diameters and gauges. The total installed capacity of the operation for these fabrics is in excess of 1,650,000 pounds or 750,000 kilos per month. Fabrics are made of 100 percent cotton, blends of cotton-lycra containing up to 10 percent elastomeric fibers, 100 percent Tencel (Lyocel), blends of poly-rayon-lycra, 100 percent polyester and blends, and 100 percent acrylics and blends.

The dye-house facility is fully automated. A central host computer controls micro processors on the jets, the liquid chemical dispensing and the dye dissolving and dispensing to the dyeing machines. The liquid chemicals are grouped in a tank farm and dispensed by means of pumps through a Correlli based measuring system to the individual dyeing machines, all of which is controlled by micros and the master host which eliminate human error.

After dyeing, Spintex finishes the fabric in either tubular or open width. The tubular side includes three Tubetex detwisters, spreader, extraction pad and finish applicator. This operation un-twists the rope coming from the dye jet, spreads out the fabric to its width in tubular form, extracts the excess water contained in the fabric and applies a finish or softener on the fabric.

Next, two tubular dryers dry the fabric on a continuous conveyor belt, which provides relaxation to the fabric. Two Tubetex and one Calator Ruckh AB compactors, by means of a differential belt or roll speed, compact the fabric thus in this operation it is finished to its final weight per square yard and final width.

The open-width side includes two detwisters and slitter-opener where the fabric is detwisted from its rope form coming from the dye jet. Also, the fabric is slit open by means of a rotating knife, after which it is flat folded onto push trucks. Two stenter frames, a five section Bruckner and a nine section Krantz, apply a finish to the fabric. Finally, the fabric runs through the stenter frame in order to bring out the desired width and length, and to dry and/or thermo-set the fabric.

INTEGRATION
The vertical group includes facilities of 300,000 square feet, a cutting area with 11 tables of more that 100 feet each to provide sufficient cutting space for the different sewing plants. The sewing operation employs directly or sub-contracts 1,500 people. To finish the garment, it goes through the embellishment process that can include garment screen printing, with a production of up to 80,000 units per day; garment washing, with up to 40,000 units per day, and embroidery, up to 8,000 units per day with Tajima machines.

The company is capable of producing more than two million garments per month, although it is not working at full capacity. Spintex exports all its production to the United States. It is now starting to introduce its products to the European market indirectly through other companies. “We recently produced some fabric samples for G-Star, a European company that offers a range of clothing for men that consists of many jean styles, tees, shirts, sweats and accessories,” Petrozzino informed. The company also produces for Wal Mart directly in Mexico, and indirectly for the American market through its subsidiaries.

The general director also knows that competition will become tougher with Central American maquiladoras, but he is confident that Spintex has a strong financial structure to support the brunt. “Overall, medium-sized companies such as ours focusing on full-package service have addressed training at all levels, not just in production but also in management issues. We built credibility by focusing on quality and consistency, and we constantly chase new business that would challenge our capabilities,” he concluded.