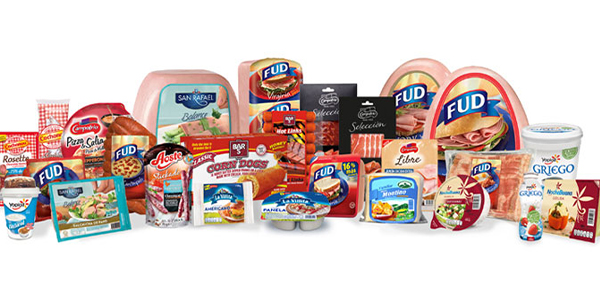 Healthy eating habits aren’t only confined to the United States, where diet-conscious consumers have an almost obsessive compulsion concerning all matters relating to fitness and beauty.

The trend has spread beyond the U.S. southern border, where Mexican citizens have become much more aware of what they put into their stomachs. Very well does Sigma Alimentos comprehend this trend. “Healthier eating has become one of our customers’ biggest concerns,” says Ricardo Doehner, spokesperson for the Monterrey, Mexico-headquartered company. “Today, they’re much more health-literate.”

Sigma has become the recognized leader in Mexico when it comes to refrigerated and frozen foods, processed meats and dairy products. The company is maintaining this position, as well as expanding its reach, by responding to new consumer needs, modifying its product line and developing nutritional innovations when and however appropriate. As far as cold cuts, this translates into a stronger focus on poultry meats such as turkey hams and sausages. In the dairy products segment, it has led to new products such as probiotic yogurt, soy-protein juices and milk.

In Mexico’s emerging health-conscious market climate, innovation and product modification goes beyond simply fortifying existing product with added vitamins. “Consumers not only want to know if the food is healthy enough, but if it will help them in other areas, like physical activities or reducing stress,” indicates Doehner. “Therefore, they not only want the products to be healthy, they want them to be more readily available and easy to prepare and eat.”

Convenience food, stress reduction, healthy eating? It seems like such a U.S. mindset. But it is not, and Sigma’s ability to adapt to changing market needs is one of the factors that is helping keep the company at the top.

Organizational Strengths
Sigma Alimentos, a subsidiary of Grupo Alfa, employs more than 20,000 workers and has recorded sales beyond the billion-dollar mark in recent years. Its main activities include the production, distribution and sale of processed meat, yogurts, cheeses and prepared meals. In Mexico, Sigma products can be found in all major supermarkets as well as “mom and pop” outlets under such highly visible brand names as Fud, San Rafael, Chalet, Nochebuena, Chen, La Villita, El Cazo Mexicano, Solé, among many others. The company is also the exclusive franchisee in Mexico of Yoplait yogurts, and it has exclusive rights to distribute Oscar Mayer products in Mexico.

Sigma creates its fare in 29 food producing plants, which include 12 for processed meats, 13 more for dairy products, three for prepared meals and one for beverages. Products are channeled through more than 100 distribution centers.

All food production facilities are certified by ISO: 9002, TIF (for Mexico), some by the USDA (for the United States), and the European Union. Moreover, Sigma utilizes HACCP (Hazard Analysis Critical Point), a globally recognized process control system designed to identify “critical” points in the production process and reduce safety hazard incidents.
Also, all plants have their own water treatment facilities to provide a safer and cleaner environment.

Along with a dominant market presence and strong brand recognition, Sigma benefits by owning one of Mexico’s largest refrigerated distribution networks. “That’s one of our biggest competitive advantages,” comments Doehner. “We have more than 3,000 refrigerated units for distribution, and that accounts for 300,000 points-of-sale per week.”

Conquering Market Segments
In its major focus areas – processed meats, yogurts, cheeses and processed foods – Sigma is at the top of the market, or at least banging on the penthouse door “We’ve achieved the top position for all of our product categories except for yogurt, where we’re a strong second,” reports Doehner. “But with processed meats, we’re definitely number one with roughly 49 percent of the market.”

That percentage appears even more impressive when you consider the figure is three times larger than its closest competitor’s. Indeed, processed meat, or cold cuts, is Sigma’s major business, accounting for 64 percent of total sales. With an annual production capacity of more than 400,000 tons, the company is Mexico’s leading processed meat producer. Its labels are the most familiar to Mexican consumers. “Our brand recognition is quite impressive,” remarks Doehner.

Sigma also ranks at the top in cheese products, which is a remarkable accomplishment in a quite large and rather fragmented market. In Mexico, Sigma has pretty much conquered the market by catering to diverse tastes and needs. “Cheeses are mainly regional products, and tastes and brands have very much to do with which part of Mexico they are produced and sold,” says Doehner. “Our cheese products account for roughly a third of the entire market share.”

Sigma is now engaging in an aggressive growth strategy that involves exporting authentic Mexican fresh cheeses and cold cuts to Hispanic markets in the United States. “Growth has been at double digits the past three years,” reveals Doehner. He attributes this rate to organic growth via market penetration.

At present, Sigma is Mexico’s second largest yogurt producer, and its Yoplait brand is second in sales. But the company is still developing this segment, and it has managed to achieve double-digit growth (around 17 percent) over the last four years.

In the prepared and frozen foods segment, Sigma’s El Cazo Mexicano brand, which offers a variety of authentic Mexican frozen food, is a market leader. Also popular is the Sugerencias del Chef brand, which includes offerings such as frozen burritos, flautas and tamales.

Acquisitions are a major part of a long-term strategy designed to solidify Sigma’s market positions and to expand its international reach. Sigma recently entered into a merger agreement with Grupo Chen, the dairy leader in the Northeast region of Mexico for more than 40 years, and it also acquired New Zealand Milk Mexico.

Sigma is currently reproducing its Mexican business model in Central America and the Caribbean. Recently it acquired Embutidos Zar, Costa Rica’s leading producer and distributor of processed meats. This will provide an operational base from which it can expand throughout Central America. Other acquisitions include Inlatec, a Costa Rican dairy product producer; Productos Cárnicos, El Salvador’s market leader in processed meats; Productos Checo, a processed meat company in the Dominican Republic; and Sosúa, a processed meat and dairy company also based in the Dominican Republic.

“We started exporting into the United States about two years ago,” reports Doehner. “Right now, we’re primarily supporting cold cuts under the FUD brand name and we’re exporting Mexican cheese under the brand names of Chen and La Villita.”

As a sales strategy, Sigma is marketing a “Mexican shopping experience” to Hispanic consumers already familiar with its brands and products. “We will be pushing for more dramatic growth over the next couple of years by working on a business plan that will build a base for next to three to five years,” says Doehner. “To do this, we’re utilizing brands that Mexican-Americans already know. We are using consumer knowledge about the tastes they like and they way like to buy.”

In the U.S., Sigma is currently servicing more than 3,000 stores, including “mom and pop” stores and independent supermarkets.

Sigma’s intention is to be nothing less than the leading refrigerated and processed food company in the Mexican, Central American and U.S. Hispanic markets and to achieve the top position in each of its market segments. The competition should soon find the company a force to be reckoned with, due to Sigma’s well developed insight into consumer trends and needs.