With almost 30 percent of the Brazilian market share Valtra tractors is a force to be reckoned with. The recent acquisition of the company by the ACGO Corporation united the brand with three important names in the industry: Massey Ferguson, Challenger and Fendt. Since the purchase in 2004, Valtra has gone from strength to strength, to become the second best selling tractor producer after Massey Ferguson and a part of one of the world’s leading agricultural equipment specialists. “Together Valtra and Massey Ferguson have more than a 55 percent share of the market, clearly making AGCO the leading manufacturer,” says Jak Torretta Marketing Director of Valtra Brasil.
Strengthened by the acquisition, Valtra was always a major player. Present in 60 countries before 2004, the company has manufactured more than 330,000 tractors since its launch in Brazil. When it first arrived in the country, in 1960, the Finnish state-owned brand was called Valmet. The first tractor assembly company in Brazil, Valtra brand was a creditable success in the field. The landscape truly changed for the company in the late 1980s when it was privatized. With the know-how and equipment from Valmet, the new brand, Valtra (Valmet Tractors) was established and quickly extended its market overseas, and even before the acquisition tractors exported from the Brazilian company were present in 60 countries worldwide.

TRACTOR TECHNOLOGY
The changes and growth in Valtra’s history also extended the company’s product line beyond the original tractors. Also producing other farming equipment such as combine harvesters, and constantly developing its range of tractors has resulted in an extensive product portfolio that caters to the every need of modern agribusiness. “With the number of accessories and options available through our customer ordering system, there are more than 14,000 variations of the traditional tractor,” explains Torretta. The precision with which each piece of equipment is assembled allows the client to select exact configurations: including weight, tires and mechanical extras. “The clients put together their own tractor from a list of specifications, mixing and matching extras to suit individual needs, and then Valtra produces the equipment exclusively, for them,” he continues.

Of course, there are certain configurations that are standard in the industry and some of the tractors can be produced and sold directly without involving the personalized process. In fact, the 150 standard models are responsible for around 60 percent of the company’s sales, whereas, the ‘client-assembled’ projects account for 40 percent. The tractors can be ordered directly by the client, but 95 percent are handled by the dealerships.

The top-selling model is the BH 180, a heavy duty tractor developed for high performance and low operating costs. The main characteristic of the model is simple and easy systems, including diesel engine, heavy duty gear box and specialized hydraulics, which ensure low maintenance and excellent performance in tough operations. The BH range also has a strong structure and ideal weight distribution for agricultural applications with superior comfort and ergonomics. Valtra also produces special, light and medium duty tractors for diverse agricultural uses.

In recent years the boom in the sugar cane farming industry has shifted the focus to machines destined for this sector, and Valtra has a number of options and extras that facilitate the use of its tractors on cane plantations. The brand is the clear leader in this industry, with a 60 percent market share and fast growing equipment range.

TEAMWORK
“Our technology is the result of more than 60 years of innovation. We have developed and bought new techniques, parts and systems always with one solitary aim: to reduce the production costs for the farmer,” says Torreta. Since the very beginning Valtra’s first engine was designed and built with these factors in mind. The motors were developed especially for farm machinery, rather than adapted from vehicle engines. “We were the first company to launch the turbo tractor engine, the first to apply the use of intercoolers and the first to install automatic transmission. It is little surprise that economizing time and energy for the farmers won Valtra pioneer status and critical acclaim for its engineering solutions.

The strategy certainly seems to be simple. Research and development is a democratic process in which all levels of staff are involved. “Our approach is important because our engineers develop real products for the real market. New lines are created based on present and future market needs,” emphasizes Torretta. The process involves not only the staff but clients and the network of distributors. In addition to the 1,300 employees they are encouraged to contribute by suggesting improvements and identifying new opportunities. All of the research is studied by an internal committee and assessed for its market viability before being approved and manufactured.

The process which effectively works ‘from the outside in’ culminates in the production of the tractors and equipment at Valtra’s 140,000-square-meter plant in Mogi das Cruzes, São Paulo. The facility assembles the machines, producing the cabins, engines and extras on-site and buying transmission systems and other parts (such as tires) made according to Valtra’s design, from third parties.

The factory has also been the focus of recent investment projects. In 2009, the company completed the last phase of its $5 million refurbishment, which modernized all procedures and greatly increased the production capacity. The boost to the industrial plant has shot Valtra even further ahead of competitors, and seen growth statistics rise. “Following the instability in the market that was caused by the crisis in Brazil in 2005 and 2006, we have experienced more than satisfactory growth, increasing our market share from 23 percent to 25 percent and expanding our product range,” Torretta says.

SEEDS OF SUCCESS
In addition to the many different varieties of tractor, Valtra also has three models of combines. The harvesters, which were added to the line after the acquisition, have made an important difference to the rhythm of business for Valtra as Torretta explains: “The sale of tractors is historically seasonal; falling from October to April when they are in little use at the nation’s farms. The introduction of the combines provided an important support to this sales structure as they sell exactly in the periods that tractor sales fall.” The expansion of the line also allowed valued customers to purchase more equipment from the brand they trust rather than turning to competitors for other needs.

The superiority of the products is not Valtra’s only differential. An extensive network of distributors all over the world and years of experience give the company a distinct competitive advantage. The technical assistance and support from the factory is also a contributing factor to the brand’s long-lived success. “Our machines are robust, and are excellent value for money considering the network of support and operational costs,” Torretta confirms. The combination of lower fuel consumption, cheaper replacement parts, and durability help Valtra keep its lead.

With agriculture in Brazil bumping up the country’s economy, Valtra is happily meeting growing demand. Ironically, the sudden fall in the cost of grain in 2006 created a deficit, which subsequently took the agricultural equipment sector to greater heights. The reason was the increase in credit available to small farmers. The financing plans allowed the farmers to purchase new equipment and improve operations, increasing equipment sales. Nevertheless, not all suppliers were able to assume the payment plans and it is a credit to Valtra that the company has supported those that produce food for the world.

With clients that range from the family company to the industrial farming cooperatives, Valtra is a trusted partner and team player in Brazilian agribusiness and the future looks bright. In 2008 and 2009 the government incentive ‘Programa Mais Alimentos’ (More Food Program) offers ten-year loans for farming equipment at 2 percent interest, with nothing to pay for three years. The plan has inspired a new range of small duty tractors aimed at the participants, and provides even further opportunity. “We have launched five models in four months, to satisfy the nation’s demand for more food,” concludes Torretta. The response is representative of Valtra Brasil’s unfaltering, straight forward approach and practical solutions for essential needs. 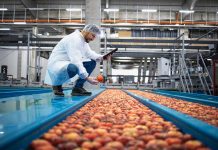 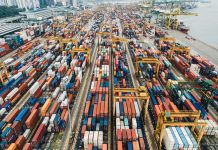 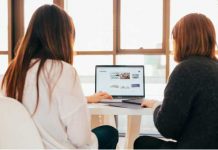 Where are the Female Tech Leaders?