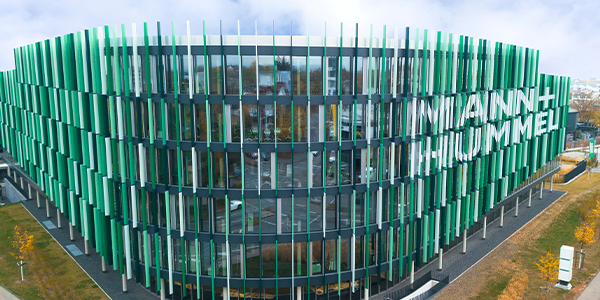 In today’s high-tech times, it’s sometimes easy to overlook the fact that a company’s most valuable asset isn’t its technology, but rather the people who make the technology work. MANN+HUMMEL Brasil Ltda is a case study of what happens when a business focuses foremost on its talent – this South American filter systems maker boasts 95 percent coverage in the automotive aftermarket and claims that at least one of its products is in almost any vehicle operated in Brazil. At the same time, it boasts selection as one of the best 150 companies to work for in Brazil.

“We recognize that what’s absolutely key to our success is our people,” says CEO Francisco Gomes Neto. “We constantly strive to have the best players who are best-suited to an internal team function and to develop each one to excel in what he/she does. In 2006, for example, we will exceed 120 hours per employee of training in technical and leadership competencies.” He adds that, “While other companies have a human resources function, we have a `human talents’ department. This isn’t just something we did to be different, or to sound like we’re being different. This truly reflects our recognition that it takes talented people to do what we do and our commitment to cultivating our talent so we can continue to be successful at what we do.”

What MANN+HUMMEL Brasil does is develop, manufacture and market technically complex filtering components, such as air filter systems, intake manifold systems, liquid filter systems and cabin filters. While its primary market comprises the OEM and aftermarket segments of the automotive industry, the company also sells filter elements for agricultural vehicles and equipment as well as other industrial applications. OEM sales account for about 70 percent of revenues. It produces about 25 million filter systems, elements and intake manifold systems every year, which it markets primarily in Latin America, but also to Europe and North America. And, Neto says, that with two-digit annual sales growth rate over the past four years, a pace that the company expects to maintain, in two years time the company will be geared up to produce 30 million pieces.

Neto points out how the company emphasizes a culture that values open-ended communications in which top management is easily accessible to everyone in the company. “We do much more in addition to the traditional communication tools, such as newsletters and bulletin boards and motivational posters. Once a month, every month, there’s a `Breakfast with the CEO’ where 20 employees meet directly with me. Also once a month, there’s a 20-minute meeting in the plant with all employees where the COO and myself discuss the latest sales results and quality performance achieved as well as future goals and expectations. I’ve got an open door policy where anyone who works here can submit a suggestion or a critique directly to me; if it makes the employee feel more comfortable, these comments can be submitted anonymously.”

Indeed, Neto emphasizes that continuous feedback at all levels is important. “Coaching is encouraged throughout the organization and teams are given responsibility to fully manage their areas of responsibility. We line up our people to the company’s and a functional area’s targets and processes: all are involved in their achievement without leaving the duties in the hands of the management only. That way responsibility is rightly given to those who actually execute the tasks, not someone far-removed making decisions based on reading reports.” Hand in hand with encouraging responsibility is fostering team spirit. “We hold celebrations for teams when they reach their targets,” Neto notes.

MANN+HUMMEL Brasil also fosters a culture of customer-orientation. “We encourage teams to search for new opportunities that will lead to bringing fast and effective solutions to our customers. One example is our highly successful `Passion for Sales’ campaign in our aftermarket division. The ability of the division to identify and respond to opportunities quickly without bureaucratic interference is an important part of our success.”

Three Pillars
Indeed, Neto stresses that the goal for everyone at MANN+HUMMEL Brasil is to align efforts with the customer goal for filtration applications that improve performance and reduce costs. To that end, Neto says the company pursues a three-legged strategy. “The pillar is to be innovative, to provide solutions that set higher performance standards that address multi-requirements. Second is administrative operational excellence to provide the best possible service with the greatest efficiency; we are big advocates of lean manufacturing, which we’ve been practicing for a number of years now. Third, is to integrate as closely as possible with our customers to understand their needs and deliver what they need, when they need it with the highest quality.”

One example of the execution of this strategy is the recent introduction of the multi-filter application. “This is a revolutionary product that not only makes things more convenient for end-users, but reduces the inventory costs of our aftermarket customers,” Neto notes. “What we’ve done is to develop five types of oil filters that fit over 150 passenger car applications, without compromising OEM performance and quality. The potential is to reduce inventory levels by as much as 50 percent by only having to stock five types of filters. Workflows are also simplified for lube service workers who have a single product to fit as many as 40 different applications, instead of having to search out one of 40 products for a specific application. It also greatly reduces the potential loss of sale because one particular part number may not be in stock.”

Neto points out that the MANN+HUMMEL brand name is well recognized as a preferred choice by all the major automakers that have operations in Brazil, which includes leading U.S. (e.g., Ford and GM), European (e.g. Volkswagen and Mercedes Benz) and Japanese (e.g., Honda and Toyota) manufacturers. In the aftermarket segment, filters are sold under the MANN+HUMMEL MANN-FILTER brand, which also enjoys high brand recognition among consumers.

Other product innovations include the recent launch of flex filters, which perform equally well with both ethanol and gasoline fuels and a flexible modular air system for commercial vehicles featuring metal-free filter elements. The company also manufactures intake manifolds that perform a multitude of functions beyond the mere routing air flow, such as dynamic supercharging, swirl and tumble control, positive crankcase ventilation and exhaust gas recirculation. “These intake systems make a considerable contribution to support the primary aims of the motor manufacturers – lower consumption, reduced emissions, increased performance and torque,” Neto says.

Precise Origins
The company’s commitment to engineering innovation is perhaps not surprising given that it is a subsidiary of the MANN+HUMMEL Group headquartered in Germany, a country that is synonymous with precision and technical elegance. MANN+HUMMEL Brasil Ltda. was founded in 1954 and operated through a licensee in Sao Paulo until it was acquired back in 1965 by the MANN+HUMMEL Group. The company then became known as “Filtros Mann,” but, in 2002, the name became MANN+HUMMEL Brasil Ltda. and today is the group’s largest unit outside Europe, with manufacturing and operations totaling 165,000 square meters headquartered in Indaiatuba, located just outside of Sao Paulo. Sales are conducted through a distributor network, with direct account teams assigned to key OEM accounts.

With some 22 million vehicles in Brazil alone, the company would seem to have a captive market for its products. But Neto says that MANN+HUMMEL Brasil will never be content to rest on its filtering laurels. “We are constantly looking to improve, to innovate, to exceed customer expectations, and to encourage our best people to become even better.”