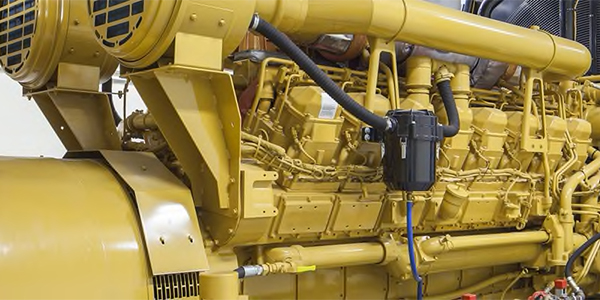 The relatively brief history of Racor is datelined by a steady stream of innovations that earned the Modesto, Calif. enterprise international renown and has placed it at the vanguard of the biodiesel revolution.

It only took a little more than 30 years for Racor, a division of Parker Hannifin Corporation, to become a recognized leader across the world when it comes to engine protection. Through its advanced engineering and technology, the division has developed an extensive product line that includes fuel, oil, engine-air, water, transmission, crankcase ventilation and hydraulic filtration solutions designed for every flow rate and any application. In addition, Racor also offers coolant system products and specially formulated diesel and gasoline additives.

Business-building Advancements
Racor, which was purchased by Parker Hannifin in 1985, boasts 34 years of diesel fuel filter/water separator media development experience. The company began supplying separators to the highway and marine markets in 1972.

“What initially launched the company was the turbine series, which could capture small particles of contaminants and separate water from diesel fuel,” recalls Steve Hardison, Racor’s fuel products manager, “but mostly they separated water from the fuel, protecting the fuel system, which represented a big advancement over previous filters, which were just spin-on devices that really didn’t have the ability to capture and hold water.”

The innovation quickly enhanced Racor’s standing. At the time, the trucking industry was experiencing significant trouble related to water mixed in fuel. “Nothing had yet been designed that could remove water from diesel fuel,” Hardison points out.

Racor proceeded to build variations of the turbine series and then, in the early 1980s, it developed its Aquablocr media. “That was another big leap forward for us, as it provided a means to repel water, in one step” informs Hardison. “You could break an emulsion out of diesel and water that had been finely emulsified through a pump and remove it before it got to the engine. That coincided with the emergence of electronically controlled, high-pressure corrections injection engines that, unlike its mechanical cousins, required much finer filtration and couldn’t tolerate water.”

He says that in subsequent years, as injection pressures and fuel flows have increased, Racor R&D kept pace with new media developments: “We went from simple cellulose to cellulose with hydrophobic (water repelling) resin binder systems, and later added multi-layer meltblown synthetics with amazing performance. Beginning in 2003 Racor began experimenting with multilayered meltblown co-pleated custom composites. These media offer maximum flexibility and can be tailored to fit a range of filtration parameters with attention to very specific OEM requirements. Each layer or material has a special function, whether it is to lengthen life or repel water, or even coalesce water out of fuel as it travels though several layers of special media.”

As Racor continued evolving, its technology became increasingly sophisticated and its offerings more versatile. “What has happened is that, as we move beyond the simple in-out fuel filters, not only has the media become more sophisticated to deal with higher flow and smaller spaces, but also we have become a packager of systems. We began with adding hoses and heaters, then pressure and temperature sensors, as well as other major related components. We have gone from a single-point fuel filter hanging on the frame rail to being integrated on the engine with some OEMS.”

Today, Racor’s operations have an international scope, as it manufactures products all over the world. In addition to its global headquarters in Modesto, the company has U.S. manufacturing locations in Holly Springs, Miss. (air filtration systems) and Beaufort, S.C. (oil filtration systems), as well as production facilities in Dewsbury, U.K.; Shanghai, China; Seoul, South Korea, and Sao Paulo, Brazil. “We also have some manufacturing going on in Finland, Thailand, Brazil and South Africa. They are all considered part of Racor manufacturing under the umbrella of Parker Hannifin,” says Hardison.

Heaters and Pumps
Highlights of Racor’s product line include its heavy-duty In-Fuel-Line Diesel Heater, which replaces the fuel line between tank and primary filter, and a coolant heater, which is plumbed into the fuel upstream from filters.

As far as filters, Racor’s current filter pump offerings are highlighted by its “Filter-Pump” Series, which includes the RKP1912 and RKP1924 kits that can be retrofitted to many of the company’s original Turbine series fuel filters already in service, especially in the marine market. The kits are pre-assembled systems manufactured with premium materials installed into a die cast and powder painted housing.

Racor’s filter pump is an innovative and proprietary system consisting of a pre-screen filter, a flow bypass circuit and a roller cell pump powered by a 12VDC brushed motor or a 24VDC brushless motor. According to the company, when the switch is activated the fuel is drawn into the pre-screen and then pumped through the housing, refilling the unit with fuel. When the system is not in use, it is bypassed and the Racor fuel filter/water separator functions normally. “No one else in the industry offers a pump like ours,” says Hardison.

Enabling Biodiesel Usage
Keeping pace with the current trend toward biodiesel, Racor tested and revised its product line to insure biodiesel compatibility and high filtration performance. Biodiesel is a diesel fuel typically produced by chemical refinement of vegetable oils into fatty acid methyl esters, or FAME. During the refining process, glycerin is removed, which lowers the oil viscosity to match diesel fuel. Pure biodiesel is most often added to diesel fuel in a 2 percent, 5 percent, or 20 percent blend (B2, B5, or B20, respectively). Hardison notes that “Some people skip the refinement process and simply burn the filtered raw or “straight” vegetable oils and recycled greases. These biofuels are usually used only in older diesel engines with elaborate system modifications, and are not suitable for the newer high pressure injection diesel engines.”

“Biodiesel is the big buzzword in the industry right now,” says Hardison. “But it has some negatives that go with its positives.”

The positives, he indicates, include lower emissions, renewability, biodegradability and the potential to reduce the United State’s dependence on foreign oil. Biodiesel is also a popular lubricity additive to the new ultra-low-sulfur diesel fuels. On the negative side, high percentage biodiesel blends require extra heat and a higher level of filtration to reliably burn in diesel engines. Biodiesel also presents logistical challenges, such as degradation and the promotion of bacterial growth. “Biodiesel doesn’t contain natural antioxidants, so if it is exposed to heat and air, it can break down and form gummy deposits which can prematurely plug fuel filters,” says Hardison. “Biodiesel may also promote the growth of naturally occurring bacteria, whose dead bodies and wastes are another source of filter clogging and acidic corrosion of fuel system components.”

Solvency is another challenge. As biodiesel is somewhat solvent, it tends to dissolve the natural fuel “tar” deposits coating the inside of diesel tanks, piping, and hoses. The dissolved deposits are carried to fuel filters, causing shortened fuel filter life. Further, biodiesel is hydroscopic. “Water often enters the fuel system through condensation and poor handling. Once water gets mixed with biodiesel, it usually resists removal by normal filtration means,” explains Hardison. “So getting water out of the biodiesel becomes a problem, but it can be done with the proper application of our filter systems.”

Also, high percentage biodiesel blends can be problematic in cold weather. “It may have a much higher waxing temperature compared to regular winterized diesel. Our additives can help, but people using biodiesel often find they need to add heat to the fuel system,” says Hardison. “That’s especially true for users of straight vegetable oil and recycled grease.”

As such, Racor has reevaluated its fuel filters and heaters to ensure that they suit the unique requirements for water removal and filtering biodiesel for use in diesel engines. “Currently, we’re educating the public that we do have cooling heated and electric heated and return fuel heated products and devices that can help with the use of biodiesel,” reports Hardison. “Our message is that we have an expanding product line ranging from high-flow fuel dispensing to onboard filters that work great with biodiesel fuel.”

Trucking Forward
Racor reports that from day one, when the company started out in a small building located on a side street, it has always used only the highest quality fields and materials. That approach led to its rapid development through innovative products. Now, the company is determined that the markets it serves can successfully navigate the transition to biodiesel.