Fintech stands for financial technology, which is the development of apps and systems to help banks and individuals communicate better. There is a multitude of fintech app ideas that are introduced by startups, who are disrupting traditional financial models and larger corporations who tend to use less technology.

However, larger financial institutions are interested in creating finance apps to enhance their offerings. For instance, Citibank, American Bank, Banco Santander, UBS AG are some of the big players who invested in fintech maintenance and software development.

As stated by a report by Capgemini in 2018, about 90% of Fintech firms are trying to improve their customer service experience. And 76% of them stated that they have to invest in fintech software developers to make financially viable business models and scale-up.

They report that Fintech has raised over $110 billion USD since 2009. However, the industry might fail if they don’t create an effective partnership between traditional financial institutions and disruptive fintech startups.

While Fintech is a multi-billion dollar industry, collaboration is required to enhance customer experience.

Why Are People Gravitating Towards Fintech Software Development

Behind each upsurge, there is stimulation that creates an outbreak or upsurge. For the rise of the fintech industry, the stress of building finance apps for any business has some solid reasons behind it:

Why Build a Fintech App?

Fintech apps have leveled the market for people, giving them access to services that were previously owned by people of economic stature or wealthy individuals.

Say for technology, its investments, and data, fintech makes it easier to deliver investment advice to the masses. This indicates that fintech software development is an asset that is open to anyone.

Think of the lending industry. Previously, there was a limited amount of data while underwriters assessed the risk. This resulted in people being charged a higher premium for loans and caused people to turn down lending altogether. But this fintech relied on different data while underwriting. They give people more business capital and personal access. Thank data scientists for making business lending easier.

To conclude, fintech software developers are in high demand. As fintech apps become more prevalent in society, we’ll see a change from traditional banking practices to a more efficient framework. Utilize fintech to your advantage so you can improve your financial health in the long run.

Steven Sanders is a writer, and blogger. He lives in Los Angeles, California and enjoys spending time with his family and on his motorcycle when not writing. He can be reached at steven.sanders@gmail.com 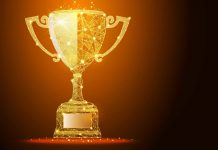