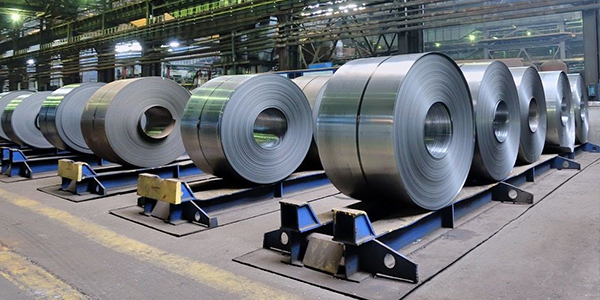 A company that built the frames for Henry Ford’s Model Ts maintains its distinctive edge in the medium and heavy duty truck market.

In other words, says Bernie Baka, vice president of sales and marketing, you cannot build a truck without a frame rail. And that takes a lot of know-how. And that’s where Midland Steel comes in.

What Makes Midland Unique in the Industry

One of the processes that makes the company’s frame rails tough and durable is known as heat-treat. For example, Midland Steel will take a 55,000 psi minimum yield strength rail heat, “then quench it with water to bring the minimum yield strength to 110,000 psi. This gives the rail a stronger, longer life,” Baka says.

But many barriers preclude entry into the business, which is why Midland is only one of two companies in the United States manufacturing frame rails. Those barriers start with an inventory of large bed presses, an expensive investment that necessitates expertise in operation. Midland Steel, for example, has a 6,000-ton form press, the largest in the country. “You need large presses and expertise; you’re making a 40-foot frame rail with tight tolerances in one hit,” Baka says. For another, customers all demand highly customized products, which happens to be Midland’s specialty.

Baka explains, “We know our customers’ end users really understand the product they’re purchasing.” Consequently, truck manufacturers, he adds, “have done a good job of offering options they know their customers want. These options can be in combinations that can almost reach infinity.” Midland Steel can supply the customized frame rails to meet their demands.

Continuing To Build on a Firm Foundation

The Framework for the Future

Midland Steel, reports Baka, recently installed a $10 million gas-fired, heat-treat system to accommodate new heavy-duty frame rail business and also upgraded and refurbished, at a cost of $2 million, a number of presses. Out of an estimated sales revenue of $108 million in 1999, approximately 5 percent will be exported to Canada, Mexico, Australia, Brazil, Argentina, China and Chile, or, “wherever the need arises,” Baka says.

What keeps the company on top of its game is its ability not only to manufacture a reliable product but to deliver its frame rails in time and in the right sequence for assembly line production.

“Midland Steel provides to our customers a customized frame rail, in line set sequence, just-in-time,” says Baka. “When they take it off the carrier and put it into the line, it’s sequenced to their build; that means the rails have to be accurate because they go right onto the production line by the manufacturer. If it goes down the line and it’s not correct, that’s a no-build.” Because it is the foundation of the truck, it is critical that the rail is right the first time. And that is the perfection Midland strives for.