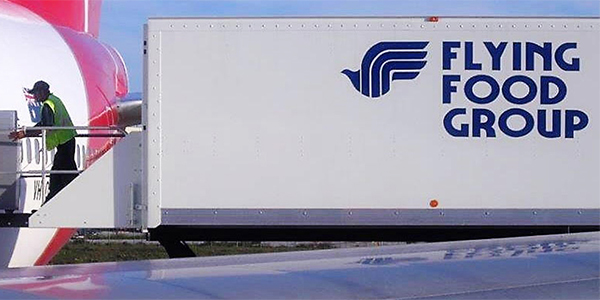 Back in the early 1980s, Sue Ling Gin thought airline food was no good. But unlike the rest of us, she did something about it and along the way created a $250 million business.
Ling Gin, who ran a bakery, was a frequent flyer on the original Midway Airlines out of Chicago-Midway (MID). Disappointed with the quality of the baked goods in flight, she called the airline president and nabbed a contract to become the caterer. Only problem: Where was she going to put the kitchen to service aircraft with fresh food between runs? She came up with the idea of building a kitchen in the airline’s basement. The concept caught on.

“It’s gone well past baked goods,” says Chief Marketing Officer John Long. “We’ve got three significant segments to our business: airline and in-flight catering – that’s primarily what we call `follow the food.’ We cater to international, long-haul airlines where food is required. The second area is what we call Meal Solutions.”

“Supplying airports fits in with both the production facilities for airline catering and with the Meal Solutions,” Long says.

Most recently, the company acquired HEMA, a Los Angeles food production company specializing in Asian cuisines. “We provide specialty products like dim sum steamed buns, which are frozen for both convenience stores and airlines.”

“Our niche, which has let us grow in an extremely competitive industry, is our passion for food and our passion to deliver individualized customer service,” Long says. “In the airlines our customers in the premium cabin first and business class are paying to be there, paying for the comfort. They expect the service, quality of the food and the ability to get what they want when they want it. So we’ve got to have lots of variety and it’s got to be high quality. Anything you could imagine in a first-class restaurant but we’re putting on an airplane.”

The company has European-trained chefs, Indian chefs for the subcontinent cuisine, and an executive chef specializing in Asian-Pacific foods. “We do a large Asian business. We really customize our product to our [airline] customers’ needs and play a major role in assisting them in designing their menus for them.”

Of course the special demands on in-flight meals dictate menu design. The company has come up with special production and preparation techniques to bring freshly prepared gourmet meals to the airlines’ top customers.

“We have to tailor the preparation, ingredients and product to the environment on the aircraft and to the timing of preparation so they’re made fresh, then refrigerated, put in ovens on the aircraft, and then reheated. We really have to design the product for that process,” Long says. Although the galley presents limitations, the company has come up with some creative approaches. “In the premium cabins, on international flights we used to assemble all the items and just reheat them. Now we individualize components so items that are going to be cold are separate from items that are hot; and hot items are heated separately from the main dish, then plated on the aircraft. That helps quite a bit in the freshness of the product when it’s served.”

The company’s airport kitchens are akin to large restaurant kitchens. “Most people are surprised when they see an in-flight kitchen,” Long says. “We have very large warehouse areas for the airline equipment and supplies. From a logistical standpoint we manage all the airlines’ supplies. We use large dish rooms to wash equipment and have large cold food production areas. Almost all of the food now is produced under refrigeration. In the past it was done in an ambient temperature but today’s refrigerated rooms protect the integrity of the product.”

The kitchens also feature large hot preparation equipment. Food is blast chilled for assembly in cold rooms. Finally, meal components are finalized and placed in meal carts, which are held in large, walk-in refrigerators for transport out to the aircraft.

“The biggest advances we’ve made have been in lean manufacturing, just-in-time arrivals for the raw product, and individualized food preparation so we don’t do it on a mass scale. We are doing large volumes but on an individual basis which gives us much better quality control,” Long explained. “Over the last few years most of the industry has gotten away from belts and production lines. Instead we may have one or two people on a station producing the cold food, making a salad or dessert and then packing it and putting it right in the meal cart which gives us better product control over the flow.”

Flying Food Group is a small player in its industry. “Competition is fierce. Price points are fierce from both the competitive side and from the customer. People are looking for high-quality items, best value, price sensitive,” Long says.

“We are a little guy in a world of giants. Our major competitors are billion-dollar companies.” This year Flying Food Group sales will exceed $260 million. “From a growth perspective in 2000 we were a $100 million company.”

“Some of our competitors are logistics companies who sell logistics expertise. We are not selling the logistics. We are selling the quality, product and the innovation. We spend a great deal of time in development and understanding what the customer is looking for. We believe we have defined our niche,” he says. “We have been fortunate that part of that definition has been long-haul international airlines and has not been affected by elimination of food as we’ve seen on domestic airlines. We’ve also diversified into more than one segment of the industry (with Meal Solutions) and that propelled growth and has been a major asset also.”

In the final analysis, the one safe bet for the future of air travel is on the sophisticated traveler that Flying Food Group caters to. “The premium market is absolutely growing and the airlines spend a great deal of time improving and protecting that segment.”

The company’s vision is to enhance the meal experience of its customers’ on-the-go guest. “Our customer is not the ultimate customer. The ultimate customer is our customers’ guest (the airline traveler). If the guest recognizes that the meal exceeded their expectations then Flying Food Group has enhanced the experience of that particular guest. So it’s the emotional response or the `wow’ factor. `That was better than I expected’ is what we’re trying to achieve. The food is fresh, authentic and very, very good.”