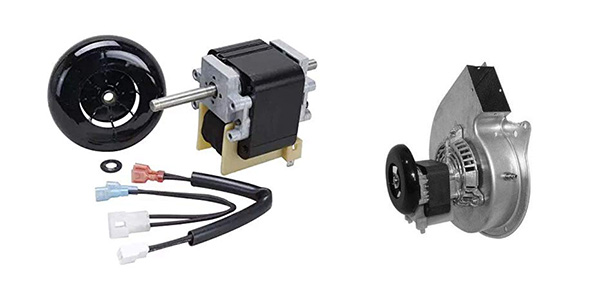 A major transformation has taken place at Jakel Incorporated of Highland, Ill. In just two years, this manufacturer of electric motors, electric blowers and gear motors has changed from a family-run, low-profile business into a global, leading-edge supplier. It has become a company whose chief executive officer, Mike McCracken, uses the word “exciting” to describe its management, its product line, its philosophy and its prospects for the future.

Originally known as J&H Machine Company (for Otto Jakel and Leonard Heim, the two founders), the company opened for business in 1946 as a manufacturer of tools, dies and stampings. Over the next few years, the business expanded into other facilities, and the product line added fans, fan assemblies, wire guards, tubular frames, metal stampings, folded metal products and temperature-control parts.

In 1951, Jakel purchased Heim’s interest to establish sole ownership of what was then known as Jakel Manufacturing for himself and his family. The company remained in the Jakel family’s control for the next 48 years.

Moving to the Front

In 1999, the Jakel family yielded ownership of the company by selling it to Chicago-based Code-Hennessy & Simmons LLC. The new owner moved immediately, hiring McCracken as the new Jakel CEO. A 25-year industry veteran, McCracken came to his new job with a clear vision of what Jakel was, and what it could be.

Before the change in ownership, McCracken says, “Jakel was always viewed as a follower. It took existing designs, reverse-engineered them and went to market with them at lower prices. Their philosophy was to sit back and wait for the industry to change, and then just follow the changes.”

So, from his very first day at the helm, McCracken needed to deliver a message. “The first thing I had to do was put together a talented management team, which I did very quickly,” he recalls. “Then I said to everyone at every staff level, do you want to be with a follower or a leader? It was very exciting from the beginning. And it wasn’t just me talking this way. The whole new management team was on this page, so all the employees knew we were serious about being a leader.”

From there, McCracken and his team began orienting Jakel’s entire operation around the goal of industry leadership. The company instituted the latest lean-manufacturing technologies at its manufacturing plants in Highland and Palestine, Ill., and Murray and Clinton, Ky. It also created an executive position in charge of quality control, reporting directly to McCracken. It then opened a new facility in Piedras Negras, Mexico, and formed a joint venture with still another facility in China.

The excitement of this new approach spread immediately to the rest of the employees. “What we’ve done is take a family-run operation and made it a global-sourced, high-technology leader,” says John Kunze, vice president of business development. “When the Jakel family ran it, they kept tight cost controls and a very low profile. Now we’re more global, and we’re developing products that others are copying.”

In developing those new products, Jakel again had to turn away from its past. McCracken says, “Jakel was a bare-shaft motor company, making products with not a lot of value-added features. But we’ve gone to our customers with ideas specifically for them on value-added features. We’ve told them, too, that instead of buying four, five or six products from a number of suppliers, they can buy products with all of the features they need from us.”

Two years after the company’s transformation, Jakel can now claim to offer one of the most comprehensive lines of motors and blowers in the industry, plus the largest variety of bearing bracket systems and mountings. More specifically, Jakel began standardizing its line of C-frame products and launched a development effort for new versions of air-moving assemblies.
Its most recent product initiatives demonstrate clearly that Jakel is now a mover, and a fast one. In March, the company completed its purchase of Emerson Electric Company’s line of 3.3-inch motors. “The Emerson agreement gets us to new technology we didn’t have before,” Kunze says. “It also broadens our reach into the HVAC, pump and mechanical markets.”

In April, Jakel launched its new Freedom blower. “The Freedom blower is a patented new design that reduces the total system costs for furnace manufacturers and makes the assemblies simpler,” says Stu Gatley, director of engineering. “For us, it addresses the goal we have of getting to the next level in air-moving system design.”

Not only have the initial results of Jakel’s transformation been positive, but those results have come at a time when it is difficult to expect much good from the marketplace. Along with the HVAC market, Jakel’s primary customer base is in the home appliance, office equipment, pump and gear motor sectors. “We’ve seen some improvement in all measurable areas at a time in which the economy hasn’t been very kind to manufacturers,” McCracken says. “We’ve more than held our own. In fact, we’ve had some nice market-share gains from these initiatives, which have offset the soft economy. When economy comes roaring back, we’ll be positioned nicely.”

Jakel’s current customer markets will continue as its base in the future. Plus, the company is making inroads into new markets such as recreational vehicles, trucks, buses and telecommunications. Its approach to both existing and new customers, says McCracken, will include organic growth with new products, which will feature more value-added items that will remove some of the hassles customers have to put up with in current products.

In addition, Jakel will pursue acquisitions. “We’ll look for two things in deciding on purchasing a company,” McCracken says. “First, we’ll seek companies that can extend our existing product line. Second, we’ll look at any company that has a new technology that we can bring into our company.” With both of these approaches, McCracken believes that in the next three years, Jakel can be triple the size it is now.

Already, it has reached the initial goal set by the management team from their first days with Jakel: industry leadership. “We had to leapfrog our competition and we did that from the git-go,” says McCracken. “The customers recognized what we were doing right away. When we began taking some of the new products we began developing initially out to the market, our customers looked them over and said, ‘Wow! The follower has just become a leader.’”