One year ago, in September 2017, Hurricane Harvey made landfall in Texas. Not only did the disaster cause major devastation to homes, buildings and infrastructure, but oil refineries and pump systems had to shut down completely. Sadly, Hurricane Harvey was not the only big natural disaster to hit the U.S. in 2017. Hurricanes Irma and Maria also caused major devastation in Florida and Puerto Rico, respectively. Americans struggled with not only the financial impact, but also the lack of human resources available to rebuild their communities.

Now, with the assault of Hurricane Florence in North Carolina, our nation faces yet another disaster with major structural damage to homes, businesses and other infrastructure. For manufacturing and construction companies, this presents significant challenges at a time when skilled trades workers are needed most, yet a qualified labor force is scarce.

Following natural disasters like these, repairing and rebuilding damaged structures can take months, and plenty of skilled trade workers working to get this done. While demands for skilled trades workers continue to grow, The American Welding Society predicts a shortage of approximately 400,000 welders by 2024, with the need for them significantly increasing following natural disasters. Tulsa Welding School (TWS), the largest welding school in the nation with three separate locations, works to close this gap by offering programs to build a stronger labor force — one that offers skilled trades workers who specialize in sectors impacted by natural disasters such as energy, electrical and construction.

Hurricane Harvey left 280,000 Texas residents without power. Hurricane Maria destroyed 80 percent of Puerto Rico’s power lines and generators. Hurricane Irma left 64 percent of Floridians without power. And, now, Hurricane Florence is leaving its catastrophic footprint with more than 400,000 people left without power the night it hit on September 13. Restoring power to households following destruction is extremely difficult, especially due to the tremendous amount of homes and buildings left without electricity. Because of this, the need for highly-trained, licensed electricians following natural disasters are high.

Bringing these critical services back online challenges the industry in multiple ways across the board. One common denominator they have, however, is the need for skilled trades workers. Welders are needed to repair and reconstruct wrecked buildings and facility parts and highly-trained, licensed electricians are needed to restore power. Not only do they need the right training and expertise, but they must also know and follow proper safety precautions while doing their work in conditions exposed to large amounts of water and natural damage.

While demand for skilled trades workers skyrockets with natural disasters, there is an overarching need for them year-round, especially within the construction industry. Much of our nation’s aging infrastructure needs repairs, ongoing maintenance and new construction – from our roadways to pipelines, energy grids and more. Additionally, there are immense delays in constructing homes, businesses, schools and other facilities important to communities across the nation. Given these challenges, the U.S. will always need properly trained skilled trades workers to help execute and provide these services.

Although the nation is already facing a large shortage in skilled trades workers, it is often when disasters strike for the nation to really see this shortage first-hand. Simply put, the country does not have enough skilled welders to fuse the metal joints found in buildings, bridges and highways. Additionally, there aren’t nearly enough trained electricians to wire new homes or buildings, let alone ones that are destroyed during a natural disaster. And, construction workers are hard to come by as is – what about following devastation when rebuilding is at its peak?

Welders, electricians and other tradesmen and women built this country— from the foundation to buildings, bridges and highways. And, we’re still in desperate need of them today to help construct and maintain important infrastructure. This is why it’s important to educate and grow the next generation of skilled trades workers.

Not only do jobs within the skilled trades field provide several opportunities, hands-on work, and competitive salaries, but the work done truly makes a difference. Without skilled trades workers, the country wouldn’t have the smart, efficient homes and buildings we have today. Running water and electricity simply wouldn’t be accessible at our own fingertips. And, following natural disasters, rebuilding and repairing would be nearly impossible without these highly-trained, skilled trades workers. With the proper training from skilled trades institutes such as Tulsa Welding School, the industry will feel more prepared knowing a reliable workforce is available — whether during times of natural disaster or for demands year-round. 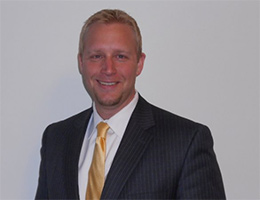 About Jason Wetzel
Jason Wetzel is the campus president at Tulsa Welding School & Technology Center (TWSTC) in Houston, where he oversees many aspects of campus operations, including operational effectiveness, academic quality and overall growth. Wetzel began his career in higher education in 2007 at ITT Technical Institute as admissions manager and then campus director. In 2011, Wetzel made the move to Stanford-Brown College, where he served as campus president of the Columbus campus until 2014 and, most recently, as campus president of the Seattle campus. Wetzel received his graduate degree in management and business administration from Mt. Mercy University. He also serves as an evaluator for the Accrediting Bureau of Health Education Schools (ABHES).