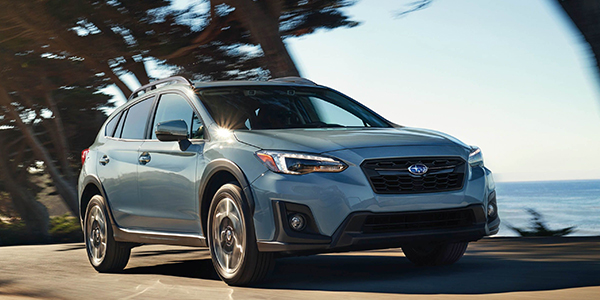 When you think of Subaru, you think of all wheel drive, a standard feature on the Outback, Legacy, Forester, Impreza and the new Baja. Subaru was ahead of its time in predicting the desirability of full-time all wheel drive for everyday driving, all year long.”We made the decision to produce 100 percent all wheel drive beginning with the 1997 model year,” says Mike Whelan, national manager of corporate communications. “Our sales have gone up steadily ever since.”

Some doubted the wisdom of the company’s transmission transition, but it proved to be a bold move that paid off for the niche market of Subaru of America, subsidiary of Japan’s Fuji Heavy Industries. Because of the all wheel drive innovation, and the benefits of its integration with other Subaru core technologies, there is no longer any reason not to choose all-wheel drive for all driving conditions.

“Many people think of all-wheel drive as just for the snow, but we’ve positioned it as being for all seasons because, even in dry conditions, you can lose traction going around a turn, braking, or accelerating. Without all-wheel drive, you run the risk of losing traction and safety,” says Rob Moran, product public relations manager. “And our systems are so efficient that, in most cases, our all-wheel drive fuel economy is exactly the same as a comparable front wheel drive or rear wheel drive configuration.”

Core Technologies
In addition to full-time all-wheel drive, all Subaru vehicles incorporate many other standard design features in the engine, suspension, and drive train.

The Subaru engine is a horizontally opposed boxer engine, so called because the horizontally laid out pistons, like the fists of two sparring boxers, oppose each other as they move back and forth.

“The boxer engine configuration is unlike the inline fours and V6 engines,” Whelan explains. “In order to get those under the hood of the vehicle, (other auto makers) sometimes have to cant them to one side at an angle that affects the balance of the vehicle. But because our engine design is a very compact and flat, it sits right in the center of the chassis. The symmetry that comes from our longitudinally mounted engine translates into better handling and performance because the vehicle is balanced.”

Most front-wheel drive vehicles, with transverse engines mounted off to one side, tend to under steer toward the outside of a turn, unlike Subaru’s agile yet stable, all wheel drive vehicles. In addition, the power takeoff in the Subaru occurs at the back of the engine, which sits forward of the drive wheels, a very efficient design for direct power application to all wheels.

The boxer engine is all aluminum alloy, lighter in weight than conventional cast iron engines. Aluminum warms up to operating temperature faster and, in extremely hot weather, dissipates heat very rapidly for longer engine life. It’s the same type of technology that you find on much more expensive vehicles, such as the Porsche Carrera, which also has an aluminum alloy, horizontally opposed engine.

Outback and Friends
Subaru recently added a die-cast aluminum engine plant to its Lafayette, Ind., manufacturing facility, where all Outback, Legacy and Baja vehicles are produced for the U.S. and Canadian markets. Occupying 820 acres with floor space of more than 3.5 million square feet, including 10.7 miles of conveyors, the current production capacity per month is 11,550 vehicles (allowable production volume under SIA’s air operating permit is 262,000 units). The increase in production volume since the facility opened in 1989 is impressive and proof of the company’s growing popularity: in 1989, 4,087 units were produced; in 2001, 186,318. Further evidence of Subaru’s staying power is a milestone it hit July 30, 2002 when the one-millionth vehicle rolled off the assembly line.

The Outback H6 3.0 VDC is the company’s flagship with a Vehicle Dynamic Control (VDC) system that automatically diverts power to the rear wheel that has better traction.
“The VDC really takes the all wheel drive one step further,” Moran says. “It’s a stability control program with sensors measuring everything from vehicle speed, lateral G force, yaw, steering angle, braking force–all these factors are taken into account.”

Let’s say you’re cruising in your new, 6-cylinder Outback Wagon with its smooth, 3.0-liter engine. Suddenly, you enter a turn too fast. The VDC system senses the potential trouble and takes a series of corrective actions so you maintain total control of the vehicle: VDC will alter the torque split between the front and rear wheels, use the anti-lock braking system on one or more wheels, even cut fuel to the engine or apply more throttle as needed to help maintain vehicle stability.

“The sensation is seamless to the driver. You’re not aware of any transfer of power occurring while you’re driving,” Whelan says. “All you know is that the vehicle is firmly planted on the ground and that you feel very comfortable and confident.”

The Outback H6 3.0 VDC also features an advanced Variable Torque Distribution (VTD) system that determines the optimum power distribution between the front and rear axles and adjusts the distribution of torque accordingly for optimum handling, control and traction in every road condition. (Under normal driving conditions, more power is assigned to the rear wheels to increase handling agility and performance.)

Also born in the U.S.A. is the Subaru Legacy in sedan and wagon models. Like the Outback, the Legacy offers a 2.5-liter, 4- cylinder; horizontally opposed engine producing 165 horsepower.

Have you seen the new Baja yet? This head turner is a real Subaru invention.

“Our newest offering is a further extension of our crossover philosophy, designed with an active owner in mind,” Whelan says.

The Baja has an open bed for cargo, along with a Switchback(tm) system to expand the cargo area into the inside of vehicle. The Switchback system consists of a bulkhead door that folds down to expand cargo-carrying versatility for a variety of outdoor activities.
The entire Subaru lineup – Outback, Legacy, Baja, Forester, and Impreza – are all available with transmission technologies including a 5-speed manual transmission with a viscous coupled center differential, and 4-speed electronic automatic transmission with a hydraulic multi-plate clutch center differential. And the entire lineup includes Subaru’s package of core technologies – all wheel drive, aluminum-alloy boxer engine and long-travel suspension.

“It’s a total package,” says Whelan. “The core components by themselves are great, but when you put them together, that’s the real key to a Subaru.”