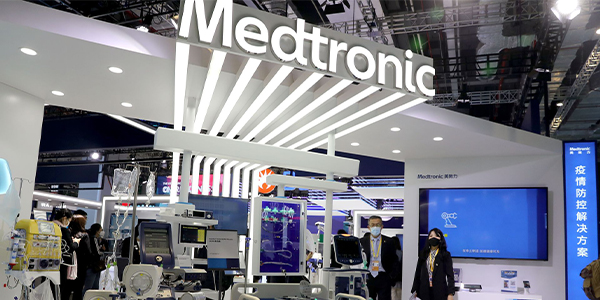 The transformation of medical procedures into less invasive techniques and devices is turning medicine into a vast field of experimentation that brings hope and relief to many patients worldwide. Benefiting the most are those patients affected with cardiovascular problems or diabetes, which require a constant monitoring of the disease.

Medtronic, a well-known global leader in medical technology, has set its mission to relieve pain, and enhance or extend people’s lives with chronic disease. People around the globe with cardiovascular problems, heart disease, neurological disorders or diabetes benefit from its breakthrough products and therapies.

Founded in 1949 by Earl E. Bakken and Palmer J. Hermundslie, the company was the first to develop the wearable external cardiac pacemaker back in 1957, and to manufacture the first long-term implantable pacemaker in 1960. Company’s headquarters are located in Minneapolis, Minn. with subsidiaries and distributors in 120 countries and regional headquarters in Switzerland and Japan, with a global workforce that reaches 34,000 employees. The company’s revenues for the fiscal year ending in April 28, 2006 were $11.3 billion worldwide. Medtronic trades on the New York Stock Exchange under the ticker MDT.

SOUTH OF THE BORDER
To support its operations, the company opened its Mexico plant in 1998. Looking to reduce cost and improve processes, the south-of-the-border facility was founded to support the vascular division located in San Diego, Calif. The plant was launched in Tijuana, a vital area with easy access to the United States.

“The Mexican company essentially achieves the function of a maquiladora, taking advantage of the North American Free Trade Agreement. We import all raw materials from our parent company and we reproduce and manufacture products according to their specifications,” explained Gerardo de la Concha, site director for Medtronic de Mexico S.A. de C.V.

De la Concha was involved in the acquisition and launching of the Tijuana facility, located across from Sony corporation and next to the Universidad CETYS (Center for Technical and Higher Education), which brings technical talent and logistics to the plant. According to de la Concha, Mexico is growing in capabilities and training of its engineers and technicians, especially in the medical field and devices.

A new division was added the following year, to manufacture products for cardiac surgery and valve replacement in bypass operations and artery blockage. This is the oldest technology available, said de la Concha, with over 15 years of tested performance. Since then, the market has developed new less invasive answers to such problems that have compressed the segment at a 2 to 3 percent rate every year. “We had 14 competitors when we initiated operations and now we are only three companies left internationally,” he said.

Today, in addition to the cardiac surgery kits, the Mexican operation aids Medtronic corporate in other three main areas of production: neurological kits for spinal cord accidents, vascular kits for angioplasty, and in September of 2006 will launch the MiniMed device for monitoring diabetic patients.

BREAKTHROUGH PRODUCTS
Medtronic Neurological Division specializes in breakthrough neurological products and therapies focusing on problems caused by neurological diseases and disorders. New techniques for spinal and cranial surgery have also stayed at the forefront of the company’s developments. These products range from neurostimulation systems and drug delivery systems to neurosurgical implant devices and surgical access products.

The neurological kits include a wide variety of PS Medicalr silicone elastomer valves, catheters, and shunts for hydrocephalus management and external drainage products for the treatment of traumatic brain injury and invasive monitoring.

Mexico’s main line of product is related to supporting the Medtronic Cardiac Surgery Division, which leads the way with new technologies for all areas of cardiac surgery including heart valves, perfusion systems, cannulae, beating heart surgery, and surgical ablation of cardiac tissue.

“During open-heart surgery, the heart is practically `dead.’ These products are used to circulate and monitor blood, supply oxygen, and regulate body temperature keeping the patient alive during the procedure,” he explained. The systems can also be used during organ transplantation and other emergency or high-risk procedures.

Perfusionists may request samples to adjust kits to their surgery room’s conditions, which are diverse and carry different types of technology. Medtronic de Mexico is committed to deliver a complete sample kit in three days or less for trial or a sterilized kit for actual use in seven days. Once the order is received, the company delivers 50 or more kits in as little as 14 days.

The company’s team of 10 technical support experts can interpret and design small details and changes to the parts, send drawings to perfusionists for approval, and recommend products’ best technical changes. “Medtronic works with over 1,500 medical facilities in the United States, Canada, Latin America and Japan. These facilities might use from very sophisticated technology to earlier ones. We need to respond to each case with very precise products because patients’ health depends on them,” de la Concha said.

The facility produces 1200 SKUs. These kits are modified twice a year by perfusionists or surgeons to be adapted to the surgical conditions. Packages including 150 components are selected from over 5,000 parts or original components, which gives an actual combination of around 1,200 different packages. Labor is intensive and packages cannot be standardized. The company can hire from 800 to 1,350 employees at different times of the year depending on orders and inventory.

QUALITY ASSURANCE
Medtronic prices are competitive but not cheap, said de la Concha. The parent company prioritizes quality and excellence over pricing and has developed quality systems accordingly. Mexico follows the parent company’s quality assurance systems, Lean Manufacturing and Six Sigma principles and Manufacturing Executing Systems. It is FDA-certified and was audited in 2004, and attained the ISO:13485 last version recently. The plant also complies with the European Commonwealth standards.

Manufacturing Executing Systems is a computer monitoring system that continuously assists employees along the production lines. Operators may consult the monitors with visual diagrams and training records, databases with pictures of each part and components records. Personnel can also track down activities and components’ suppliers with a high level of detail so that the system’s traceability may avoid critical points or faulty components.

These certifications and high quality assurance systems guarantee each device and piece. Base technology is provided by the parent company and is of American origin but Mexico has the ability, to some extent, to modify some physical aspects, facilitate procedures and make them more cost effective. During the annual company meeting where new products, processes or regulations are presented, Medtronic de Mexico obtained five awards in the last four years, called the Star of Excellence, which is the highest award inside Medtronic.

Operators and assemblers hired at Medtronic de Mexico undergo a two-week strict training with low-responsibility assignments. A written test and a practice test showing zero defects in assembly at 50 percent speed of a regular operator are the minimum standards to be moved to a clinic product line. The first two to four weeks, training is provided by experienced co-workers coupled with new hires.

“The northern part of the country attracts many people, and unemployment is very low, approximately one percent. Consequently, turnover is constant because people find jobs easily. We are positioned among the first 10 companies paying out best salaries and benefits, and we offer constant training to keep our employees,” De la Concha explained. The company offers transportation and food coupons in addition to recognition and retention rewards. According to the general director, one hard task is to retain the professional personnel, mostly engineers and technicians that represent the talent asset of the company. People is so capable and highly trained that headquarters in Minneapolis already recruited two engineers from the Mexico plant, which was a great opportunity for them and great satisfaction for the company.

WHAT’S IN THE NEAR FUTURE
The company has been assigned to manufacture the MiniMed blood-monitoring sensor, a product that is the result of 20 years of research and innovation. The pump simplifies the life of millions of diabetic patients that otherwise need to inject themselves several times a day. The product has been designed to be used easily and safely, and to ensure continuous insulin delivery.

The device uses an easy to read navigation menu powered by BD LogicT Technology that automatically beams blood glucose results to the MiniMed Paradigm insulin pump. Safety checks by the millions a day ensure continuity while built-in prompts and reminders help the patient to stay in control of its glucose levels. The pump is as small as a cell phone and can be carried around without problems with the pertinent attachment.

According to de la Concha, manufacturing the device in Mexico is another opportunity to serve well the company of which he is a proud part. “Medtronic serves its customers with world-class quality programs and products. All our manufacturing processes are tested carefully and controlled statistically. We work at high standards of product development, manufacturing and labeling, and as stated in our mission statement, we are a company of dedication, honesty, integrity and service. After all, lives depend on the work we do,” he concluded.