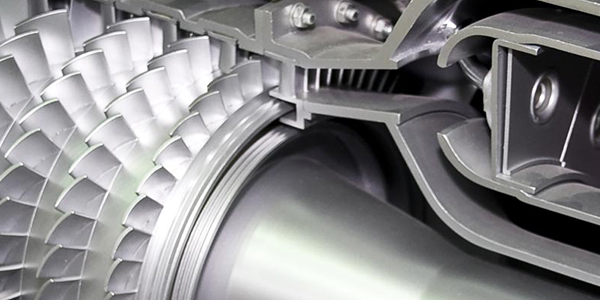 If you’ve ever wondered about the companies that make the parts that go into the engines that go onto the planes that go into the sky, then SIFCO Forge Group belongs on your radar screen. Since 1913, SIFCO has been manufacturing components primarily for the aerospace industry, and while planes and helicopters have changed dramatically over the decades, SIFCO service and products have never wavered in quality.

“When you’re making parts for the airline industry you don’t want breakdowns,” said Bill Maykowski, sales and purchasing team leader, SIFCO Forge Group. “We’re a fully integrated forge shop that can provide for all forging needs equally well in the North American and international marketplaces. We are constantly aware of the need to focus on the requirements of the customer.”

Improving steel
Today SIFCO employs 148 people in its 250,000-square-foot facility in Cleveland. In addition, the company achieved $42 million in revenues in its latest fiscal year. In the beginning,
operations were not quite as massive. The company started when five men joined to form a new company dedicated to applying relatively new scientific principles to improve the physical properties of metals though heat-treatment. Because improved steel was its main product, the company was called The Steel Improvement Company.

Just three years later, this small company merged with its neighbor,The Forest City Electric Company, a manufacturer of pole line hardware for power transmission lines. Since the major manufacturing process for this product was forging, the merger added forging capability to the heat treating company which was then renamed The Steel Improvement & Forge Company (SIFCO).

Throughout World War I, the company produced a wide variety of the forgings required for trucks, guns and other ordnance to support the war effort. Shortly after the war ended, Charles H. Smith Sr. joined the company and focused its efforts toward the growing aerospace market. From these humble, yet significant beginnings, SIFCO has grown and evolved through American history to become a key contractor in military and commercial markets, specializing in aerospace.

Exotic expertise
“SIFCO Forge Group has a history of forging special materials and became the first company to successfully forge monel metal and titanium,” said Maykowski. “This tradition continues with the company seeking out new alloys and materials to forge.”

SIFCO will continue to leverage its long history as an innovator and leader in the forging of exotic alloys for aerospace and other high technology markets, according to Maykowski. He explained the company’s computer simulation process, which, in essence, dictates how SIFCO engineers work backward from customer blue prints to arrive at the optimal method for moving from raw material to finished product.SIFCO’s engineers work concurrently with customer design teams during the pre-production stages of the forging process. The engineering team utilizes design and process simulation software to assist engineering and quality departments.

Diversified products
A feature article in the Cleveland Plain Dealer accurately stressed that SIFCO’s strength lies in its diversified product line. “A key to the forging group’s health is the breadth of
its product line. It makes a range of components from engine parts for commercial jets to arresting hooks for naval planes that fly off carriers. Helicopter parts also are a big part of the business. And SIFCO is always looking for opportunities to supply new types of aircraft. The forge division makes several parts for the “tilt-rotor” V-22 Osprey aircraft under development. It takes off like a helicopter, then the engines rotate down and it flies like an airplane. The initial customer will be the united States Marine Corps.”

SIFCO Forge Group continues to participate in a wide variety of new commercial aircraft programs. The most contemporary include Boeing’s new state-of-the-art 777 and the 737-700, 737-800 and 737-900. Forgings are also being produced for the airframe of the Airbus A340-600 jumbo jet, the Canadair Challenger 604 business jet, the Gulfstream V business jet and the Mitsubishi MH2000 commercial helicopter. Military programs include the Boeing C-17 military transport, the Lockheed Martin F-22 advanced tactical fighter, as well as the new Joint Strike Fighter being developed by Lockheed Martin.

Yet SIFCO isn’t content to make products for aircraft alone. According to Maykowski, SIFCO is expanding its presence in the locomotive industry where the company supplies turbo-
charger forgings and the tele-communications field where it supplies copper alloy components that prevent corrosion on undersea communication cables. Maykowski pointed out that SIFCO also intends to make selective in-roads into other markets, including the medical industry.

“We tend to focus on creating long-term agreements with customers — establishing partnerships in the truest sense of the word,” said Hudson Smith, president of SIFCO Forge Group. “SIFCO focuses on absolute customer satisfaction; in fact to us the word focus means ‘For our customers’ ultimate satisfaction.“ Maykowski believes that SIFCO’s competitors overseas could be vulnerable to instability as a result of international concerns over terrorism, which have surfaced since September 11. SIFCO’s military business has already increased due to the escalation of U.S. force’s activities as a result of the war on terrorism.

“U.S.-based companies may consider the logistical impact the war has on doing business with suppliers on foreign soil,” said Maykowski. “SIFCO is ready to take advantage of that situation by capitalizing on the cost savings we can offer to customers who are interested in buying their forged components, at home, in the USA.”