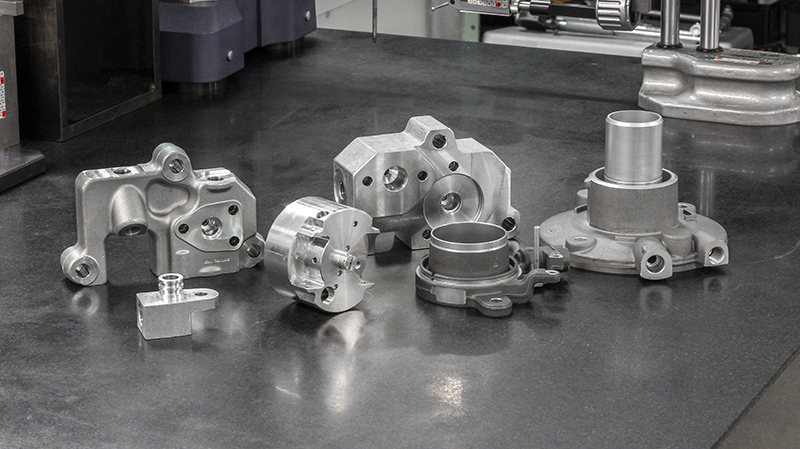 Hammering out the sizeable dents caused by the economic crash and deepened by political scandal, proved an impossible task for many Brazilian companies. Recovery and repair required response, resilience, strategy and stability. Metalúrgica Schwarz SA, one of the country’s leaders in forged aluminum automobile parts, is living proof.

Survival in an economy, whose development resembles “a chicken in flight,” was not for the faint-hearted. According to Company President, Orivaldo Omodei Junior “maintaining focus and flexibility in mid-air, and relying on solid knowhow and products that shape the future,” are among the reasons for Schwarz’s ongoing success.

Schwarz is a privately held company – a fact to which Omodei also attributes its resilience. With roots dating back to 1933, when a family-owned metalworking company, working in iron foundry was established. By 1993, Schwarz had established itself in Brazil as a manufacturer of cutting edge technology in forged aluminum.

Consolidation in Brazil was the company’s focus for the next four years. “Denso automotive manufacturer was Schwarz Brazil’s only client. When the Asian markets hit economic crisis in 1997 and Denso, changed order volumes, we needed to find new business fast.” Undeterred by financial contagion, feared by many worldwide, Schwarz adapted to maintain business with Japan-based Denso.

The company concentrated on acquiring new contracts – one of which was Delphi Automotive Systems do Brasil. Producing piston compressors in aluminum for a demanding client such as Denso set Schwarz in good stead. Mahle (auto parts producer) purchased the thermal division of Delphi in 2015 and is the company’s largest client today.

In 2008, Schwarz made a production agreement with Bosch in Austria. Parts made in Brazil are exported exclusively to Austria and not sold domestically. “Through Mahle, we also export piston compressors for vehicle air conditioning systems to Mexico and Hungary,” Omodei adds. Working internationally is testament to the quality of Schwarz products and the company know-how.

Expertise has rendered Schwarz a reference in its field. “Our parts are used mainly in foreign cars such as BMW, Audi and Mercedes – German and European vehicles that generally have high standards of technology and use premium materials, such as aluminum for optimum performance. Most Brazilian automobile parts manufacturers focus on steel, while 99 percent of our products are made of aluminum,” explains Omodei. As well as piston compressors, Schwarz produces air conditioning valves, connectors and tubes.

There is an important reason why Brazilian manufacturers are producing parts in steel. Omodei emphasizes that steel is much cheaper than forged aluminum, which can have the same resistance.

So, how have Schwarz survived, with an innovative, but more costly product in a fragile economy? “Aluminum is three times lighter than steel and is the preferred option for vehicles that prioritize performance,” he says.

His words are strongly supported by the Ducker Worldwide report published in September 2016, which forecast the aluminum content in cars would increase by 30 percent in the next ten years. It states carmakers’ preference for aluminum is due to its lightweight nature, contributing to CO2 reduction. Thanks to inherent strength and its excellent ability to absorb crash energy, well-machined aluminum parts are safer than steel, lighter and considerably more fuel-efficient.

Other global giants such as Schaeffler, Knorr Bremse, Sumitomo, Avibras, Borg Warner and Norgren all use Schwarz forged and machined aluminum parts.

Schwarz began exports in 2006. The expansion of markets not only consolidated the company’s position but also steered it towards the foreseeable future. For a Brazilian company it is also a stabilizing influence, Omodei explains, “overseas markets helped to balance the company, saving it during the current crisis in Brazil. As (Schwarz) works with high quality products, it was able to enter high quality markets such as in the US and Europe.”

Reaction to change is important to Schwarz. Crisis caused staff cuts from 650 to less than 400 in January and February of 2008 and the company has been constantly stabilizing itself through careful planning on the bumpy ride to 2017. As well as “solid financial status,” Omodei adds, “… we centralize production at one, ample manufacturing plant and as a focused, family company can push through quick decisions and rapidly reduce costs.”

Even with a reduced infrastructure of 220 employees in the Brazilian economic crisis of 2014, Schwarz managed, through diversification, to reduce costs and increase productivity, maintaining the same revenue as in 2012.

“National production dropped considerably but the external markets remained the same,” explains Omodei. “Despite the difficulties and challenges of crisis, we were able to look ahead and prepare ourselves. We increased our client base by adding those external markets.”

Schwarz Brazil’s production facility is in Quatro Barras, near Curitiba in the southern state of Paraná cover 16,000 square meters and provides ample space for future expansion. Developments on site have involved heavy investment in automation, as Omodei explains: “With the arrival of Industry 4.0 and move towards smart factories and increased technology in production, Schwarz is investing in new equipment.” In the region of 10 million Brazilian reals (around $3.2 million) is destined for new client projects over the next five years.

Automation is specific, however, as Schwarz only manufactures products according to client needs. “We do not have a portfolio of products sold in the market. We produce forged and machined parts according to contracts – like our 10-year contract with Bosch.” The company assumes responsibility for the process, while the project of the product usually comes from the client.

There is however, an important differential. With the know-how and vanguard production technology at Schwarz, the company can also offer simultaneous engineering assistance. “We can advise on production issues, cost-saving and performance related adjustments, as specialists in machining these parts and experience with major global players,” Omodei says.

Although he clarifies that most pieces for international brands allow no room for design change because they follow strict guidelines from abroad, Omodei emphasizes the uniqueness of Schwarz’s industry knowledge. “Engineering at Brazilian universities involves very little teaching on aluminum forging and machining – resulting in a lack of know- how.”

Herein lies one of the company’s most important platforms for future growth. In addition to an environmentally sustainable solution, aluminum is also used in electric cars. On September 7, 2017, Jaguar Land Rover became the latest large carmaker to say it will only produce electric cars from 2020 – just two months after Volvo pledged to do the same. “It is difficult to know the timescale in Brazil, which is typically about 10 years behind in technology in this area, but electric cars will have a huge impact on the industry,” Omodei comments. “Brazil does not realize the size of the technological wave that is about to hit its shores… technology that will consume aluminum parts.”

Driving ahead towards bright horizons, Metalúrgica Schwarz SA has every reason to forecast continued growth. Despite the inflation crisis, revenue in Brazil is rising. The rare expertise and foresight that have forged the company’s past also provide great prospects – as the world prepares for a technological future.