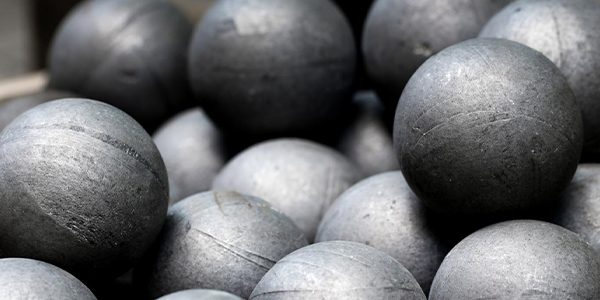 José Adler began his business in the 1950s in Brazil, years of great industrial growth under the administration of Getulio Vargas. In the beginning of the 1960s, President Kubitsheck continued working with the plan of development that had been laid out during the Vargas years. What this meant for companies like Forjas Brasileiras S.A. was that the federal government was a main and trustworthy partner that provided a much-needed edge.

In fact, it was in 1960 that Forjas Brasileiras, with the support of the Kubitschek administration, began producing automobiles and trucks in Brazil. During the initial stages, Forjas Brasileiras’s role in this industrial milestone was to supply parts for what was at that time called the Fabrica Nacional de Motores (National Motors Factory), which produced FN trucks, with a license from Alfa Romeo.

In the 1960s and 1970s, Forjas Brasileiras increased its production capacity in an attempt to keep up with the fast-paced evolution of technology during this period. During these two decades, Forjas Brasileiras solidly established itself in the automobile industrial sector and in the area of parts for use in demolition.

In 1997, Forjas Brasileiras established two international partnerships, with Mahle and Brockhaus and Hirschvogel. Today the Adler family owns 73.8 percent of the company’s shares. The remaining 26 percent is split between Mahle Brockhaus, with 7.8 percent, and Hirschvogel Automotive Group, with 15.4 of the company shares.

State-of-the-art facilities
Forjas Brasileiras operates three plants worldwide. Two are located in the Brazilian cities of Curitiba, state of Parana, and Queimados, state of Rio de Janeiro. The Queimados plant is strategically located 30 miles from the Sepetiba Port and the Rio International Airport, and only 250 miles from Sao Paulo, Brazil’s industrial and business epicenter. The third plant is located in the United States, in the state of Indiana, city of Indianapolis. Forjas Brasileiras has the capacity of producing 2.6 tons per month of auto parts.

Forjas Brasileiras’s wide spectrum of products are distributed among a range of customers: Bosch gets 25 percent of Forjas Brasileiras’s products, Volkswagen comes in second with 16 percent, Visteon with 13 percent, then Fiat with 11 percent, Caterpillar with 10 percent, Daimler Chrysler with 7 percent, Mahle with 6 percent, Sata with 5 percent, Delphi Automotive Systems with 4 percent, and finally MWM International Motores with 3 percent.

Extensive capabilities
To market its products worldwide, Forjas Brasileiras has consistently raised its quality standards. The company obtained the ISO: 9002 certification in 1995; the QS-9000 in 1997, and the ISO/TS 16949 in 2004. For the first time in its history, Forjas Brasileiras is supplying internationally, and continues to plan for improvements. The company is getting ready to receive the ISO/TS 16949 certification.

Today, Forjas Brasileiras has the capability to do three forging processes, hot, warm, and cold, and machining as well.

For hot forging, the company uses 16 presses from 100 tons up to 3,150 tons, one Hammer (63KJ) and two cross-rolling lines. For warm forging, Forjas Brasileiras counts on two presses, one of 500 tons and the other of 1,600 tons. Cold forging is done with an SMG hydraulic 900-ton press, a Mark Press, and a Dan Press.

The company’s growth has created a well-defined need for the implementation of team and leadership skills and development programs, a need Forjas Brasileiras has been fulfilling by investing in these types of programs. In this way, the company endeavors to develop a sophisticated and strategic vision of its market.

In the past decade, as a result of this investment, Forjas Brasileiras has gone from being a domestic market savant to having developed not just the necessary knowledge but also
the strategies to penetrate the international market. Forjas Brasileiras’s new face also constitutes an edge that adds value to the company.

Forjas Brasileiras understands that, in order to remain competitive in the international market, it must meet not just quality standards, but also a very intense level of supply and demand. For this reason, the company places much value in its workforce as a fundamental factor in the successful achievement of medium and long-term goals.

Today, Forjas Brasileiras aims to establish the company’s identity through programs that can aid in the integration of all the resources that are necessary for the company’s success, including clients, suppliers, and workers. In addition to Forjas Brasileiras’s investments in technology and equipment, the company makes it a point to invest in all the people who in different ways contribute to the organization’s success.

Having survived almost five decades of political and economic turbulence, Forjas Brasileiras is now well positioned to survive into the next century. Given the company’s history, its international performance in the future will help to drive the market.