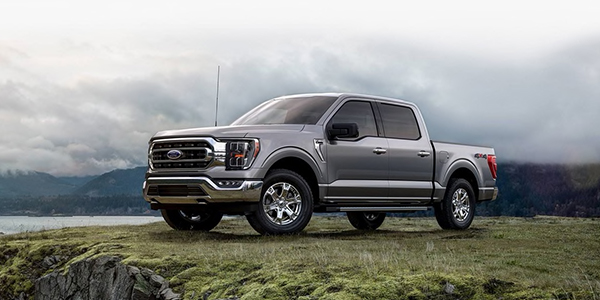 Celebrating its 100-year anniversary, Ford Motor Company finds itself balanced on the cusp of yet another frontier. In the last century, this frontier embraced a new era of industrialization, led by Henry Ford’s invention of the assembly line. Leaving competitors withering in the wind, this modern production system also helped to bring Ford’s closely held ideals – among these to make automobiles affordable to the masses – into the mainstream.

The Ford Motor Company that greets the 21st century is no less innovative as it prepares for the foreseeable end to the gasoline-powered combustion engine. On the heels of the president’s directive to have hydrogen fuel in wide use by 2019, or thereabouts, Ford is once again leading the charge with those same ideals held in high esteem: ingenuity coupled with mass affordability.

Already offering alternative fuel vehicles – propane, natural gas dedicated and bi-fuel combinations, and ethanol flex-fuel vehicles are being used in fleets supplied by Ford to various regions of the country – Ford has conducted extensive research and development into all alternative fuels for the last two decades at its Product Development Center in Dearborn, Mich.

“We consider ourselves to be the leader in the development of alternative fuel vehicles,” says David Henry, AFV (alternative fuel vehicle) Marketing, Sales and Business Strategy Manager. The company, he explains, has produced propane and natural gas vehicles since 1994 and ethanol vehicles since 1993. In addition, Ford has sold more propane and natural gas vehicles than any other OEM, Henry adds. Currently Ford’s dedicated natural gas-powered F150, offering super ultra-low emissions (SULEV), is “The cleanest emission full-sized pick-up on the planet,” he says. For 2004, the company’s Econoline – or E Series – vans will be the “cleanest emission full-size van and wagon on the planet,” meeting the tough Tier II (SULEV II) standard.

All this research and development activity has set the stage for what will ultimately take over: the hydrogen powered vehicle. “In the end, these alternative fuels are all bridges to hydrogen,” Henry says. “We are learning valuable lessons along the way and taking different paths, but everyone is moving in that direction.”

Many fuels; one goal
Numerous arguments abound on the subject of hydrogen as an alternative fuel; the ability to produce a viable refueling infrastructure across the country has sparked perhaps the loudest reverberations around Washington. Ford Motor Company and others have initiated a variety of research efforts to tackle what is seen as a costly venture – it is anticipated the price of each refueling station could run as high as $1 million.

But when surveying the landscape over the next 20 to 30 years, it seems there is little choice but to pursue the options. Reducing dependence on foreign oil is a high priority; officials claim the U.S. mainland contains plentiful supplies of both natural gas and propane, sufficient enough to fuel cars well into the future. The other over-arching concern is the probability that, within 20 years, the world’s oil supply will begin to diminish rapidly. “It is a fact that the oil supply is not a renewable energy source,” Henry says. It will be the R&D efforts pursued now that will decide how we will be traveling tomorrow.

Current conditions aside, the real promulgator of alternative fuel research was the oil crisis of the 1970s. “That was the first time there was a widespread interest in exploring fuels other than gasoline,” Henry says. In the late 1980s, he adds, the environmental benefits of alternative fuels took the lead, when all SUVs, pickups, and mini-vans needed certification as low emissions vehicles. “We were the first OEM to pass car certification for ULEV (ultra low emissions),” he adds. Additionally, Ford was the first to earn SULEV (super ultra low emissions) in California, he adds.

At present, the type of alternative fuel used depends on what region of the country you’re in. Propane is popular in Texas because it is readily available. The Texas Department of Transportation now utilizes a fleet of propane-powered vehicles engineered and built by Ford. “Minnesota is a big ethanol state,” Henry adds, while California chooses natural gas because of the reserves there. California also had environmental reasons for requiring alternative fuel use; the smog engulfing its landscape went a long way in convincing officials of the need for change.

“Right now we’re focusing our (alternative fuel) efforts on fleet vehicles,” Henry says. These are vehicles that can be fueled daily at a home base or central location, such as taxicabs and airport shuttles.

Ford’s newest AFV champion is a Salt Lake City newspaper agency. Using 88 AFVs manufactured to run on natural gas (at roughly 95 cents/gallon), the agency reported to Ford that after one year it has realized fuel savings of more than $325,000.
Such savings can be had with other Ford AFVs as well. For example: While the price of ethanol tends to fluctuate – at different times its cost could be higher than gasoline – Ford produces flex-fuel vehicles that can run on a combination of gas and up to 85 percent ethanol. “Our flex-fuel vehicles are our largest sellers,” Henry reports, primarily because there is no infrastructure barrier. (The Taurus and both the Explorer and Mountaineer have flex-fuel systems.)

Realizing that an AFV is only as good as the proximity of the refueling infrastructure, Ford, over the last several years, has spent close to $2.5 million helping to fund stations in convenient locations across the country. “It’s a vital part of our sales process,” Henry says.

Engineering science
Tackling the science behind the design and creation of AFVs, Ford has moved ahead in many areas, developing vehicles powered by direct hydrogen fuel cells. These systems store hydrogen on the vehicle in a pressurized tank (capable of three times the specified storage pressure); hydrogen is supplied to the fuel cell at less pressure than gasoline is to a fuel-injected engine. Fuel cell vehicles are more than twice as efficient as today’s gasoline vehicles; in addition, both Ford’s Focus FCV and the P2000 hydrogen fuel cell vehicles produce zero tailpipe emissions. The only thing dripping from the tailpipe is water.
Other developments include the hydrogen internal combustion engine (ICE) in the Ford Model U concept, which is joined with an advanced hybrid electric transmission technology called the Ford Modular Hybrid Transmission System (MHTS).

In this system, the torque converter from a conventional transmission is replaced with a high-voltage electric motor and two hydraulic clutches that permit the motor to operate independently of, or in concert with, the engine. The hybrid system is known as a “parallel” arrangement, which means that the Model U can operate on either the hydrogen ICE engine or electric motor, or both for extra power.

Most extraordinary is a regenerative braking function that acts to reclaim energy that would otherwise be lost as heat, storing it in a 300-volt, air-cooled battery pack for the next acceleration, passing maneuver, or hill climb. When the car is stopped at a traffic light, the engine can be automatically switched off to save fuel. When the accelerator is applied, the electric motor instantly starts the engine, the clutch to the transmission engages, and the vehicle begins to pull away, all within 300 milliseconds.

The technology is designed with minimal effect on the base transmission so as to reduce complexity and cost compared to other hybrid systems. Ford Motor Company has obtained patents on various aspects of the MHTS system.

Ford’s third major contribution in pursuit of hydrogen power is its internal combustion engine (ICE) optimized to run on hydrogen fuel instead of gasoline. The engine is supercharged and intercooled for maximum efficiency, power, and range. Its emission of all pollutants, including carbon dioxide, is nearly zero, and the engine is up to 25 percent more fuel-efficient than a typical gasoline engine.

The engine is based on Ford’s global 2.3-liter, I-4 engine used in the Ford Ranger, the European Ford Modeo, and a number of Mazda vehicles. It is optimized to burn hydrogen through the use of high-compression pistons, fuel injectors designed specifically for hydrogen gas, a coil-on-plug ignition system, an electronic throttle, and new engine management software.

Explains Henry, an alternative fuel vehicle is assembled the same as its gas-powered counterpart; in Dearborn, both AFVs and regular automobiles are manufactured in the same facility. “The engine configuration is not that much different,” explains Henry, who adds that gaseous fuels do not have the same lubricating properties as gasoline. Instead of placing the alternative fuel system into the product on the assembly line, the vehicle is moved into a modification center where it receives its specific fuel assemblage.

Next year, Ford plans to launch its Hybrid Escape SUV which the company claims will be “the hybrid vehicle everyone has been waiting for,” Henry adds.

Powering the future highway
The AFVs, he adds, comprise less than 10 percent of the facility’s entire production output; in total, Dearborn manufactures roughly 300,000 AFVs annually. That number, says Henry, has “probably more than doubled” in the last decade or so. Much of this increase was driven by legislation, such as the Environmental Protection Act of 1992 which mandated that by 2002 up to 75 percent of all government fleets utilize alternative fuels. “Eighty percent of our volume is with government fleets,” notes Henry. “We have been working very hard to fulfill that requirement.”

The biggest anticipated boom to the AFV market lies in the newest energy bill and involves tax credits to be awarded to buyers of AFVs. “Providing attractive tax incentives will really spur growth,” Henry says.

Such growth hinges on the two industries – car manufacturing and refueling infrastructure – traveling in sync in the near future. “You can’t invest in the infrastructure without vehicles to fuel the stations and you can’t produce volume if there’s no place to refuel,” says Henry. “It will be the same when hydrogen comes out of its conceptual stage and into the real world.”

Such is the dilemma facing automotive OEMs; however, if 100 years of progress is any indication, then at the very least, at Ford, the two roads will meet.