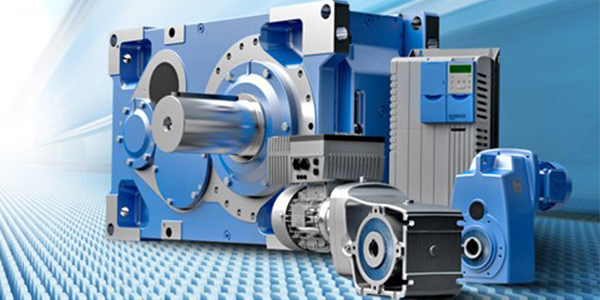 Many companies tout their efficiency and quick-turnaround times, but there is one that has made such boasts a reality. Working on a per-order basis, NORD Gear Corporation can put together any one of 20 million possible combinations of gearbox assembly products with just-in-time accuracy, saving customers time and money. And the gearbox is what makes the motor run.NORD Gear’s principal product range covers gearboxes and motors for a wide range of industries, including materials handling and wastewater treatment equipment. The company also makes drives for pumps and mixers, and manufactures industrial gearboxes that are in-line and right-angle solid shaft, with a range from 1/4 horsepower to 200 horsepower.

Founded in 1965, NORD Gear has its main headquarters in Bargteheide, Germany. The company opened its first U.S. facility in 1979 in Wisconsin. Today, NORD Gear numbers three manufacturing locations in the United States, including Waunakee, Wis., Charlotte, N.C., and Corona, Calif. These plants manufacture an array of products, including the fastest-growing gear motor in its in-line series, the NORDBloc(r). The NORDBloc(r) is a high-performance, helical gear motor with a power range of 1/6 to 50 horsepower and a torque range of up to 28,320 pound-inches – big power in a small package. This motor is also highly compact, and its dimensions are interchangeable with European equivalents.

The Drive for Efficiency
NORD Gear is currently in the process of enhancing all of its products and updating three of its six main gearbox product lines. The enhancements include increased ratings in the same dimensional size, with more torque or horsepower capacity. “What promises the most growth is the right-angle, helical-bevel product,” says Mark Jones, product manager. “Traditionally, people do a right-angle gearbox in a worm product. The disadvantage of the worm product is that it is very inefficient and uses a lot of energy, sometimes as low as 40 to 50 percent efficient.” NORD Gear’s helical-bevel products are 95 to 97 percent efficient, boasting not only energy savings but also a smaller physical package using a smaller motor, to save the customer money.

“We have redesigned our gearboxes to have as much as 65 percent more torque in the same exact package size,” Jones says. NORD Gear’s shaft-mount gearbox, the Clincher, has also been redesigned to have 20 to 30 percent more torque capacity. The Unicase(tm) in-line series now has 25 to 30 percent more torque. The Unicase(tm) design is a heavy-duty, one-piece housing precisely machined to exacting standards. The design’s internal reinforcements further increase strength and rigidity. All bearings and seal seats are contained within the casting, eliminating splits or bolt-on carriers that can weaken the housing and allow oil leakage. The bores and mounting faces are machined in one step, producing extremely precise tolerances and ensuring accurate positioning of gear teeth, bearings and seals, and longer life for all components.

Also among NORD Gear’s impressive array of products is the recently launched 92 series helical-bevel drives, a new class of high-performance, right-angle speed reducers. The 92 series drives are available as gear motors and speed reducers with many mounting options. These units, says Jones, provide the attributes of today’s high-performance, right-angle, helical-bevel gear units at the cost-effectiveness of a single worm system. The price is 40 percent lower than traditional helical-bevel designs, with lower gear ratios for higher output speeds.

NORD Gear’s screw conveyor drives consist of a gear motor or speed reducer; a cross-drilled, two-hole drive shaft; a waste-pack seal assembly with seal-pacing material; and drives that are ready to bolt up to a CEMA-standard trough end. The conveyor’s standard Quadrilip(tm) seal system – consisting of three seal lips plus a grease-filled chamber between seals to protect the inner oil seal lip from damage and external contamination – provides twice the leak protection offered by conventional double-lip seals. The standard Autovent breather allows the gear case to normalize pressure during heat-up and cool-down cycles, without lubrication contamination.

Built to Fit
NORD Gear’s modular design philosophy provides customers with a competitive edge by allowing them to configure drive systems to fit their applications exactly. Modular design makes possible the millions of combinations of totally unique gear motors and speed reducers. By enabling in-line or right-angle assembly, foot or flange mounting, and the use of solid or hollow shafts with either metric- or inch-dimensioned shaft extensions, modular design gives customers complete freedom to specify a drive solution that’s perfect for their individual needs. NORD Gear can assemble gearbox and motor combinations from a vast components inventory, and can ship finished products immediately.

NORD Gear also offers C-face adapters and solid input shaft designs. The company can provide foot-mounted or flange-mounted housings, configuring the plate or tank mounting for compactness of space, for use with an existing attachment pattern or for specialized adaptability for unique bolt-on components. Double- and triple-reduction units are designed to fit into the same housing size, allowing the gearbox to be maximized with minimum space. Competitively sized gearboxes with model nomenclature, footprint dimensions and performance capacities allow direct replacement of existing gearboxes.

In the last four years, NORD Gear has added two facilities in North America. Three years ago, it added the Charlotte plant; and two years ago, the Corona facility came on board. Both of these locations focus on assembly, sales and service. Meanwhile, the company has doubled the square footage of its plant in Wisconsin. This has promoted decentralized assembly and inventory operations linked to a global network, which offers fast and reliable response, greater versatility, shorter lead times, punctual shipping, rapid delivery and increased customer satisfaction. With additional expenditures in its gear-shaft manufacturing facilities in Europe, the company has extended its reach and capabilities into 36 countries.

Because of its flexibility and efficiency, NORD Gear has seen significant growth in sales over the past two years. In particular, the company has seen its sales to the pump industry – for which it is the largest supplier of gear units – grow in leaps in the last few years. Flexibility and support above and beyond what the competitors are doing “translate to double-digit sales growth in 2001,” says Jones. “Growth in the next five years will come through providing better service and support. We have the infrastructure and capital investment in place.”