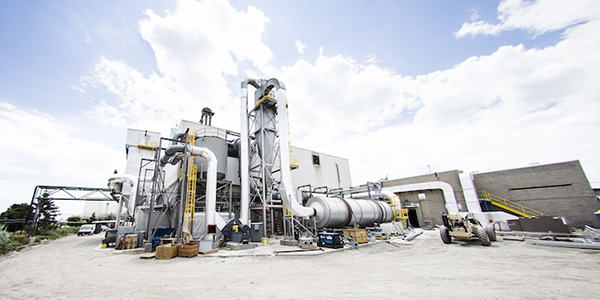 You don’t need an advanced degree in engineering to know that oil and natural gas are becoming harder and harder to find, from the plains of Texas to the sandy deserts of the Middle East. All you have to do is pull into your neighborhood gas station, where prices of $2 a gallon have become the norm.

That’s why oil and gas companies are paying a premium for new drilling technologies, to reach energy deposits that were considered inaccessible during the freewheeling days of oil patch gushers. That’s where a Canadian oil-services company with a growing reputation for technology – Alberta-based Precision Energy Services – comes into the picture.

On a rig in the Norwegian sector of the North Sea, Precision Energy Services just demonstrated a tool that can potentially revolutionize drilling for hard-to-reach oil-and-gas deposits. The rig used a new type of rotary-steerable tool that Precision Energy’s engineers developed, which makes the drilling process more efficient, enabling faster rates of penetration and more precise steering of the drill bit. All this combines to provide a smooth “gun barrel” bore hole which provides an optimum base for completing the well with casing and tubulars. The four-inch rotary drilling system is smaller than competing products, and is able to drill deeper and at higher temperatures than rival products.

“In this case the tool operated at 150 degrees centigrade, performed under demanding fluid flow conditions and was able to allow the operator to achieve his target,” noted Oliver Laurence, the director of corporate marketing for Precision Energy Services. “Nobody else in the industry could have delivered that tool. The tool’s performance is a testament to our first class engineering teams that are involved in our product development centers in the USA and Europe.”

Finding ‘difficult’ reserves
The high-tech invention is the 21st century manifestation of a can-do spirit born in the rough-and-tumble drilling patch of the Canadian Rockies. Precision Drilling Corp., the publicly traded, fast-growing company based in Calgary, announced last September that it would promote and brand its Precision Energy Services unit to reflect the new technologies it offers.

The new business unit, Precision Energy Services, comprises three product-line-focused management groups: Wireline Services, Drilling & Evaluation Services, and Production Services. The branding move reflects the reality that while most of the “easy” oil and natural gas has been found, there will be increasing demand for customized solutions locating and developing the “difficult” reserves.

“In the 20th century, the oil and gas industry was all about exploration – now it’s all about effective exploitation,” Laurence said. “We’re seeing that oil fields are being bought and sold and people have new ideas about how to exploit them. We work with our customers to help enable some of these ideas from a professional driller’s point of view.”

The parent Precision Drilling Corp. owns 278 drilling rigs, 230 service rigs, and has a workforce of up to 14,000 during the peak of drilling activity in Canada. That makes it not only the country’s largest oilpatch employer but the third-largest land drilling company in the world behind U.S.-based Nabors and Patterson-UTI Energy Inc.

Fueled by a string of acquisitions, including last spring’s purchase of Houston-based land driller GlobalSantaFe, Precision Drilling is now a $2-billion-a-year business that is moving far beyond its Canadian base and establishing deeper ties in the oil rich Persian Gulf region.

The driving force behind the company’s phenomenal growth is its CEO Hank Swartout, known by some as “Humble Hank” for his self-deprecating charm. A petroleum engineer who developed a reputation as a top rig designer, he purchased Precision Drilling in 1985 from Peter Pockington, the then-owner of the Edmonton Oilers hockey team.

Swartout mortgaged his house to buy the company for $200,000. It was the depth of that decade’s energy bust, and at the time the company had just three rigs and was nearly bankrupt.

Going high-tech
Precision Drilling grew steadily through acquisitions, riding a wave of both industry consolidation and, eventually, rising energy costs. The company’s reputation took off in 1990 when it designed and built the most advanced land slant/drilling rig in the world, capable of drilling to 2,500 meters. By 1997, the company had global operations and was Canada’s largest driller.

It was around that time that the parent company began to focus more on developing new technology. In the late 1990s, Precision Drilling acquired technology and services to drill effectively in low-pressure reservoirs and then to assess formation potential using logging tools.

Laurence noted that the company has also focused on the best ways to provide drillers with the data that they need. Several years ago, Precision created two computer centers – one in Houston and the other in its hometown of Calgary – to process and validate data that come in from its tools on rigs around the globe. That became a cornerstone of the company’s drive to become a complete supplier of oil well services, from testing and drilling technology to data processing and interpretation, providing answers and solutions for its customers.

In the last year, Precision’s innovations have won the company increasing business outside of the United States. Early in 2004, the oil development company in Oman gave Precision a $40 million contract extension because of innovative drilling technologies, such as the Empulse electromagnetic measurement-while-drilling (MWD) system and BOOST casing signal enhancer.

Laurence noted that one unit that’s a particularly important part of the new strategy of the Precision Energy Services group is Wireline Services, which provides state-of-the-art tools to allow oil and gas companies to better analyze reservoirs of oil and natural gas to optimize the drilling program and positioning of rigs.

“As a field gets more and more mature, it doesn’t drain uniformly,” he explained. “And so there are these pockets of hydrocarbons that get left behind. You then have to plan a drilling campaign that will drill through these by-passed pockets within an economic framework that will enable the by-passed reserves to be produced and delivered to surface. The potential combination of our tools coupled with our rig-focused heritage make us an attractive proposition to potential customers.”

The company’s long-term goal is to have more projects like one that’s been underway for four years in Mexico, involving the national oil giant Pemex. Said Laurence: “We supply all the services in a package, and we’re remunerated for the number of wells drilled. We pull together all the data, drill the wells, clean the wells up, test them and bring them into production – as a “one-stop-shop.”

That technology and packaging is allowing Precision to greatly expand its portfolio overseas, including recent deals in India and Yemen. The company’s purchase of GlobalSantaFes’ land rigs Services Ltd. in May 2004 has greatly expanded its access to the oil-rich Middle East, as well as its future business prospects there.

“We have customers on every continent,” Laurence said. “They range from the major oil-and-gas companies to independent drillers in the United States to the national oil companies in places like Mexico, Venezuela and the Middle East.”

In other words, wherever hydrocarbons are lurking, it’s likely that Precision’s tools are working to fund them.