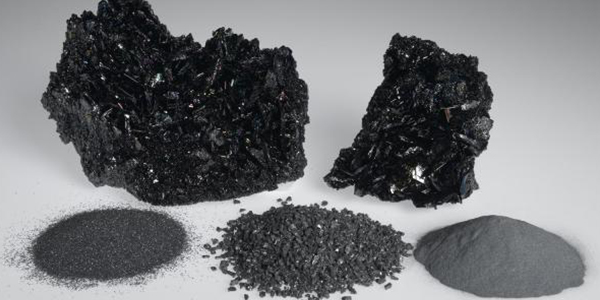 Washington Mills is the oldest most experienced abrasive grain producer in the United States and has served the industry’s needs since 1868. The company sells a rich array of standard abrasive grain and specialty electro-fused minerals to the abrasive, refractory, electronics, automotive, and other high-tech ceramic industries.

After years of expansion, acquisition and research and development, Washington Mills offers one of the broadest product lines of fused aluminum oxide and silicon carbide grains and powders in the business. While the bulk of its manufacturing is done in its Niagara Fall, N.Y. plants, it has more than 700 employees who work in plants in the U.S., U.K. and Canada. Such distribution enabl es Washington Mills to offer convenient, one-stop shopping to all end users. For North American customers it offers a major advantage over offshore suppliers: the ability to rapidly address very short-term needs. While exports account for between 15 and 20 percent of Washington Mills’ sales, its goal is to be the best domestic supplier in the industry.

The privately held company was founded in North Grafton, Mass., as Washington Mills Emery Manufacturing Company and is the last manufacturer of oxide and silicon carbide in North America. “Everyone else has given up,” says Don McLeod, the company’s vice president in sales and marketing.

Indeed, the manufacturing abrasive industry, which is typically characterized by high-energy and high-cost production, has fallen under some tough competition from foreign producers, who are able to produce and sell their products more cheaply than their U.S. counterparts. But Washington Mills is fighting back and has no plans to relinquish its lead in this industry. It plans to do this by offering its customers better and more reliable service and products than its competition.

Products with Widespread Uses
Throughout its long history, the company has earned a reputation for reliable and steady performance, and it seeks to provide customers with the highest quality abrasive grain and specialty electro-fused minerals. Its meticulous quality control departments at each plant safeguard its long-standing quality reputation. This kind of attention to detail is critical as the company seeks to compete against foreign companies.

Manufactured abrasives are generally considered harder and more durable than their natural counterparts and therefore are preferred for many industrial applications such as metal and granite finishing, cutting and polishing. Washington Mills’ products are used in just about every industry that uses steel or metal, says McLeod. That includes the automotive and aerospace industries.

Improve and Expand
Even though the company has a large slate of known and respected customers, it is constantly looking at new products, new opportunities, and for acquisitions that make sense and fit its objectives. Most recently in 2001, Washington Mills acquired another one of the oldest and most respected manufacturers of abrasive minerals, Exolon-ESK, based in Tonawanda, N.Y. That acquisition allowed Washington Mills to greatly expand its source for conventional abrasive grains. Until its merger with Exolon, Washington Mills only processed silicon carbide. This purchase gave Washington Mills the furnaces for making silicon carbide, specifically Exolon-ESK’s advanced facilities in Hennepin, Ill. The purchase also included a 50 percent stake in Orkla-Exolon K/S, a Norwegian producer of crude silicon carbide ore, macrogrits and microgrits.

Expansion has long been a part of its success formula. In 1929, the company modernized its North Grafton plant to process furnaced electro minerals. The most notable expansion, however, began in the 1970s when it built its first — and the world’s largest – furnace operation to produce brown aluminum oxide in Niagara Falls, Ontario. Further expansions and acquisition picked up pace after that. In 1979, the Lake Wales, Fla. ceramics plants was built, and in 1980, Washington Mills opened a new aluminum oxide fusion plant in Niagara Falls, Ontario. In 1986, it added three former carborundum facilities, and in 1990, a high efficiency crushing system was installed to enhance production capacity at its U.K. facility.

Pilot Pride
About five years ago, Washington Mills opened a unique pilot fusion plant in Niagara Falls, N.Y. “We pride ourselves on this newest fusion facility,” says McLeod. The facility provides Washington Mills greater resources as it looks for new products and opportunities. Different products can be brought together there and fused, crushed and sized for new markets. Its scientists and engineers, led by Dr. Robert Hamilton, a well-known chemist in the industry, are based at this plant. A superb analytical laboratory supports these R&D efforts. “We have devoted a lot of time and effort to R&D,” says McLeod, “and it has allowed us to find and develop new niches.”

At the plant are 12 computer-controlled electric arc fusion furnaces that include lab, pilot and production scale units, allowing testing of new specialty products and fusions of exotic materials in samples ranging from five pounds to 30 tons. It also allows the testing and production of standard lines in multiple thousands of tons. The lab services offer analytical capabilities for determining the chemical composition, phase, particle size distribution and particle morphology of any fused product – ensuring precise, predictable qualities to match end users’ needs.

“We take a standard product and tweak it to add value,” says McLeod, “either with a treatment, coating, particle shape or a density.” This continuous R&D effort is really the heart of Washington Mills’ demonstrated long-term commitment to the electro minerals business. The company believes its customers’ interests are ultimately best served by having a strong and financially secure North American electro minerals supplier with modern fusion and processing plants, supported by active R&D and customer service groups.

“We continue to do things to distance ourselves from our competitors,” says McLeod. “We are moving away from aluminum oxide and silicon carbide as they are under intense price pressures. We continue to examine our product lines to improve cost, efficiency and quality.”