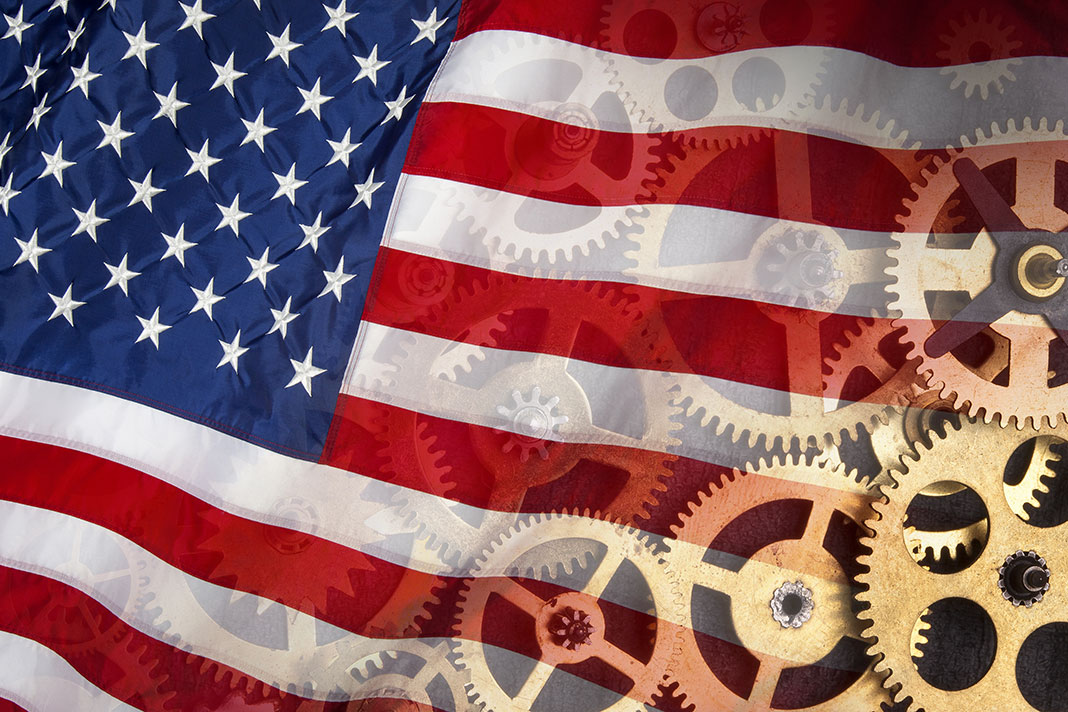 New data shows that U.S. manufacturing has been coming home (especially from China) and becoming more self-sufficient – just as promised.

When two separate sources of information agree on a conclusion, the conclusion obviously becomes a lot more important than if it’s got only a single supporter. That’s why I’m excited to report that a major economic consulting firm has just released data showing that American domestic manufacturing has been coping just fine with all the challenges it faces from Trump tariffs aimed at achieving the crucial goal of decoupling U.S. industry and the the broader economy from China.

I’m excited because these results track with my own analysis of U.S. trade and manufacturing output data – which I’ve been able to update because of a new Commerce Department release measuring manufacturing production through the end of last year. And you should be excited, too – because the more self-reliant U.S.-based industry becomes, the better able it will be to add to the nation’s growth without boosting its indebtedness. In addition, the more secure the country will be both in terms of traditional national security and America’s ability to provide all the military equipment it needs, and in terms of health security and its ability to provide all the drugs and medical equipment it needs to fight CCP Virus-like pandemics.

The consulting firm data comes from Kearney, and I need to tip my hat to Forbes.com contributor Kenneth Rapoza for initially spotlighting it. According to the company, its seventh annual Reshoring Index reveals that last year, imports from low-cost Asian countries like China (well, none are really “like China,” but you get it) as a percentage of U.S. industry’s output hit its lowest annual level since 2014. The decrease was the first since 2011, and the yearly drop was by far the biggest in percentage terms since 2008.

What’s especially interesting is that the Kearney figures show that manufacturing imports from Asia made inroads even during much of the Great Recession. Last year, their prominence dwindled notably even though the American economy as a whole was growing solidly. And although domestic manufacturing output slowed annually last year – due partly to the inevitable short-term disruptions and uncertainties created by major policy shifts, and partly due to the safety problems of aerospace giant Boeing – the Kearney report noted, it “held its ground.”

Kearney reported even better news on the “trade shifting” front, and its findings also track with mine. One major criticism of the Trump China tariffs in particular entails the claim that they won’t aid American domestic manufacturing because they’ll simply result in the U.S. customers of tariff-ed Chinese products buying the same goods from elsewhere – especially from Asian sources.

The Kearney study refutes that claim, reporting that not only did the role of Asian imports decrease in 2019, but that due to the tariffs, this decrease was led by a China fall-off, that production reshoring rose “substantially,”and that a major import shifting beneficiary was Mexico – which is good news for Americans since it means that the globalization of industry is now doing more to help a next-door neighbor whose problems do indeed tend to spill across the border. (I’ve also found important trade shifting away from East Asia as a whole and toward North America – meaning both Canada and Mexico.)

As for my own research, the release Monday of the Commerce Department’s latest Gross Domestic Product by Industry report, combined with the monthly trade statistics, these data also shed light on the relationship between U.S.-based manufacturing’s growth, and the economy’s purchases of manufactured goods from abroad.

The big takeaway, as shown by the table below: The relationship has continued its pattern of weakening – suggesting less import dependence – during the Trump years, although production growth did indeed slow because of that aforementioned tariff-related disruption and the Boeing mess.

Domestic manufacturers obviously haven’t completed their adjustments to the new Trump era trade environment, and the CCP Virus crisis clearly won’t make this task any easier. But Kearney expects that the pandemic will wind up moving more U.S.-owned or -related manufacturing out of China, and so do I. And although the Kearney authors don’t say so explicitly, it’s easy to read their report and conclude that the crisis and the resulting national health security needs will help ensure that the domestic U.S. economy will keep getting a healthy share.