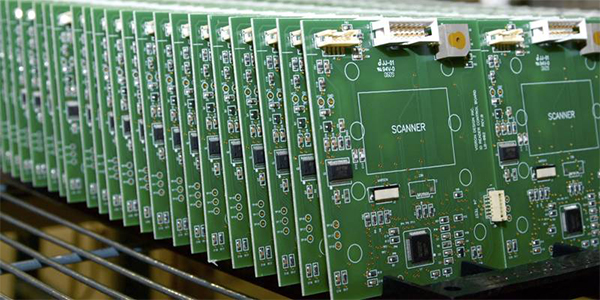 Electronic equipment gets more and more complicated as business, industry, government agencies and consumers put technology to more and more uses. Ironically, much of this equipment has been getting smaller at the same time. Throughout this evolutionary process, one key issue remains: the need for electronic equipment to perform reliably, no matter how complex or miniaturized the internal systems and connectors.

Nestled inside a lot of quality electronic equipment are circuitry components that address the reliability issue by eliminating a major culprit in system failures: the wiring terminations. Flexible printed circuits, efficient interconnects made of etched copper and laminates, do the job of wires but without the tangles and tugs on connection points that can lead to equipment failure or function interruption.

Advanced Circuit Technology (ACT), an Amphenol company, is an ISO 9001-certified manufacturer that has built a reputation for designing, manufacturing and assembling flexible printed circuits and subsystems that meet the highest criteria for reliability. Supplier to more than 450 companies in virtually every major market that relies on electronic components — industry, communications, computers, military avionics, consumer products, medical devices — ACT is also a leader in developing components that fit into today’s downsized electronic equipment.

Keeping Current
Founded in 1976 in Merrimack, N.H., by five entrepreneurs, ACT started by specializing in Sculptured® flexible circuits (SFCs), flexible circuits in which the copper has been etched three-dimensionally. The SFC is a proprietary technology that controls both the width and the thickness of the conductor to produce very reliable circuitry. Headed by Joseph Roberts, the inventor of the SFC, the new company grew quickly as demand for the product increased.

• Tri-Metal™ circuits that use a unique three-layer conductive material to better control fine-line etching.
Describing ACT’s unique capabilities, Kevin Stone, director of sales and marketing, says, “ACT’s capability over its competitors is that we are technically stronger. Every ACT product is custom-made — the shape, the size, the amount of power it will carry, the signal. And we do more design from scratch, without requiring a drawing to start and working from nothing more than a concept.”

Success over the years brought change as ACT began providing customers with additional services. Stone explains, “We don’t simply manufacture. We do value-added assembly. In recent years, we developed the capabilities to assemble all types of components — surface-mount, plated through-hole, etc., on to flexible circuits. This was in response to listening to our customers’ needs in complete system integration. Now we design and assemble for subsystems.” Related services the company provides include technical consulting, cost analysis and comparisons, quote preparation, design and documentation services.

Synergy Energy
More change came in 1998, when ACT was acquired by Amphenol, a Connecticut-based multidivisional corporation that specializes in interconnect products. Stone describes the advantages of this relationship as follows: “Amphenol companies work as independent profit centers, but our parent company strongly encourages tight communication among us. Plus, the companies can combine their abilities and capabilities to reach important markets. We can work together to produce a package that is an assembled solution for the customer. So we can market our capabilities either as an independent unit or as part of the Amphenol team.”

Prior to joining the Amphenol organization, Stone notes, ACT had established its expertise as a designer and provider of interconnects for military avionics — the “black boxes” that handle all the electronics that feed electronic signals to the cockpit displays in airplanes, from sensors to the indicators on the glass panels. Building on this experience, ACT has diversified into commercial avionics and consumer products. Stone cites five examples of product diversification into consumer territory:
• Base stations, switch stations and relay stations for the broadband transmissions used by cells phones and other wireless devices
• Monitors and measuring devices in physician and hospitals testing areas; ACT is the main supplier of flexible circuits for GE Medical, a leading manufacturer of these devices
• Print heads in high-speed printers
• Computer servers
• Bar-code scanners used for industrial applications and inventories

Charged for Growth
According to Stone, ACT’s growth in capabilities has been accompanied by expansion in other areas. Sales in 2000 reached $25.5 million, and 2001 sales are projected at $27.5 million. A second manufacturing site in Nogales, Mexico, now employs 35 people. Exports have increased to 15 percent of sales, and the company has worldwide licensees. Stone points out that Amphenol has grown in the same time frame, posting sales of $800 million in 1999 and projecting for $1.4 billion for 2001.

To continue building on this record, Stone observes that ACT has two patented technologies: one for Sculptured® flexible circuits, the other for Tri-Metal™ production. He further states, “We have two more confidential patents in the works, including one joint venture with another Amphenol company. And we are looking to make capital expenditures for equipment to support our fine-line products and to make partnerships or acquisitions for offshore manufacturing to achieve lower costs for more price-sensitive markets.”

Commenting on the steps that ACT will take in new areas, Stone says, “We are in the process of developing capabilities for fine-line circuitry. This circuitry is measured, both in the width of the copper wire and the width of the space, at 3 millimeters line and spacing. Each circuit line equates to the width of a human hair.” ACT is obviously forging its connection to future technologies — especially those that demand enormous reliability in the smallest, most economical interconnect packages.