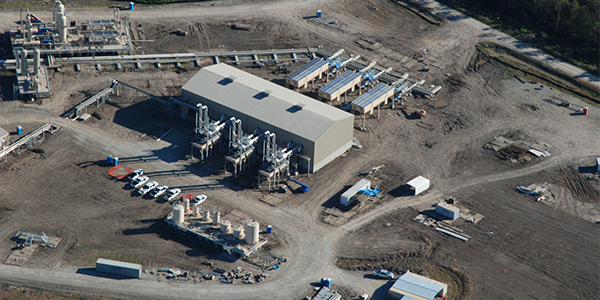 The price of energy is going up, and alternatives to oil are consequently becoming more cost effective. Natural gas, for one, is becoming increasingly popular. Yet though worldwide supplies of natural gas are plentiful, according to the Department of Transportation, the U.S. holds less than 4 percent of those worldwide reserves. Consequently, new ways of importing natural gas tools to help mitigate the volatility in pricing must be explored.
One of the favored methods of bringing in new natural gas supplies is to convert it into liquid form (LNG). Michael J. Economides, a professor at the University of Houston, writing in World Energy Source, says, “Because natural gas is rapidly emerging as the premier fuel of the world economy, its transportation from sources to markets has become an important issue…the United States is poised to increase its natural gas import capacity – and Canada, thus far the main source of imported gas, can no longer satisfy the emerging demand. Because of this, LNG terminals are becoming an increasingly viable alternative to the United States.”

Recognizing the new influx of LNG that will need to be delivered and the already present mismatch between supply and demand, it is easy to infer that the use of natural gas storage is becoming more important. Bobcat Gas Storage, a newly formed enterprise sponsored by Haddington Energy Partners, LLC (part of Haddington Ventures, LLC) is currently developing underground salt dome storage in Port Barre, La. that at full build will have the capability to store up to 12 billion cubic feet of natural gas. Customers of the Bobcat Gas Storage project will be able to inject up to 900,000 million cubic feet of natural gas daily and withdraw or deliver 1.2 million cubic feet per day to the market, according Jamie Craddock, vice president of marketing and public relations. Another perspective on the capacity of the facility is that after its first phase of construction it can contain between $40 to $70 million of natural gas, depending upon market pricing conditions; upon completion of the full build, that number jumps to between $100 and $150 million.

The Bobcat facility will serve natural gas producers, local distribution companies, regional marketers or aggregators, LNG developers and capacity holders, business and industrial and chemical facilities located throughout the Midwest, southeastern and northeastern United States. The facility’s first phase is expected to be operational in time for the 2007/2008 winter heating season. Ultimately, the facility will comprise the following components:

Location, Location, Location
“Bobcat is located in a unique position between the production zone where supply is gathered and aggregated and the market zone where deliveries are made to energy consumers and businesses,” Craddock says. “This location allows Bobcat to access many different sources of supply and deliver to multiple market regions through its connection with five interstate and one intrastate pipeline systems. What is amazing is that these superior interconnections, which maximize customer access, are achieved while minimizing our pipeline construction and interstate pipeline rate stacking and fuel charges. The bottom line is that customers should pay less, in storage fees, pipeline transportation charges and fuel, to move their gas from the Bobcat facility to market.”

Not only is the geography beneficial to the project, but so is the geology; the underlying salt dome caverns are ideal for storage. The Port Barre salt dome is substantial in size with a depth starting at 4,000 feet and extending past 14,000 feet deep. The width of the dome is estimated to be approximately 16,000 feet.

A process called “solution mining” will be used to create the storage caverns. During this process, high-pressure water will dissolve the salt by injecting water into the caverns and then pumping out the resulting brine, which is disposed of separately. This leaves an empty cavern that can accommodate the injection of natural gas for storage. Craddock points out that “Bobcat will confirm each cavern’s shape by sonar imaging, and will test each cavern for mechanical integrity before gas is injected.”

Craddock likens the need for storage as “an insurance policy. Having gas in the ground gives you the flexibility to deal with price spikes and short-term supply problems. The ability to effectively manage supply and demand imbalances by storing or releasing gas to the market minimizes price fluctuations. Moreover, as LNG imports continue to increase, the ability to store gas will help alleviate pipeline congestion.”

She adds, “Bobcat will not be involved in pricing. That’s up to our customers. We just rent the space to our customers, and while that might figure into their market price upon release, it’s not up to us to determine what the final end-user pays.” It will effect pricing in the sense that it provides a relatively secure supply source that is out of harm’s way from natural disasters that have plagued the Gulf region.” The storage facility’s Port Barre location (near Eunice, La., and the Henry Hub, two of the premier gas trading centers in the Gulf Coast region) is well far enough onshore and at a higher elevation to be protected from potential hurricane damage.

Community Partner
Although Bobcat was on the drawing board before Katrina hit, Craddock notes that the project makes a significant contribution towards not only the overall rebuilding in the state, but, moreover, the local economy. “We’re committed to hiring local labor wherever they are qualified. Bobcat is already using local contractors and services for location construction, surveying and drilling our first fresh water well. It is estimated that about a hundred jobs will be available during peak construction periods. The completed facility in Port Barre is expected to employ six to 10 people in full time positions. In addition, local vendors will be given every opportunity to submit a bid for project-related services. Moreover, Bobcat will require minimal use of existing community infrastructure while contributing to the local tax base.”

“Bobcat’s developers are well aware that the energy industry is not always well perceived by the public and it is part of our corporate governance to treat our local communities like what they are, our neighbors,” Craddock explains. “Bobcat is committed to employing a collaborative approach in establishing good relationships with the landowners and local community who will be the neighbors of Bobcat’s facilities. Our committee meetings are public and we hold regular open houses that are well attended by the community. Plus, we want to be good neighbors. Bobcat has selected routes that minimize environmental and landowner impacts by using existing pipeline and road rights-of-way as much as possible. Our main goal is to integrate into the community with as little disruption as possible.”

Just as important is Haddington’s experience in successfully building and running storage facilities. “One thing that distinguishes our project is the Haddington sponsorship. Haddington just doesn’t develop storage – they are the inventors of independent storage – they are the best in the business and have proven many times that they can get the job done. I call them the ‘godfathers of storage development’,” Craddock points out with a chuckle, but perhaps not over exaggeration. “The principals of Haddington are either directly responsible or have trained the personnel who have constructed over 80 percent of the independent storage available in the United States today.”

Environmental Impact
Craddock notes that experience explains why Haddington has the highest levels of safety and environmental compliance. “All of their projects not only meet Federal Energy Regulatory Commission (FERC) as well as federal and state Department of Transportation (DOT) safety and environmental requirements, but in many cases exceed them. In addition, there are a host of other state and federal regulatory agencies – ranging from the Occupational Health and Safety Administration (OSHA) to the Fish and Wildlife Service to the Army Corps of Engineers. No Haddington managed project has ever been cited for a violation during any stage of development or operations.”

She adds, “Construction and operation of the Bobcat gas storage project will have minimal impacts on the environment and on nearby landowners. Brine created in the solution mining process will be disposed of through three brine disposal wells that will be drilled and completed in compliance with requirements of the Louisiana Department of Natural Resources, Office of Conservation. The storage facility itself is located in previously farmed land away from residential developments. The pipeline routes are being designed to utilize existing pipeline corridors and existing rights-of-way. The compressors and other equipment have been designed to limit sound and air emissions to comply with all applicable state and federal guidelines. The storage facility itself will be surrounded by a buffer of trees, which will help to minimize both visual and noise impacts on the surrounding area. In fact, the project will not be able to be heard or seen from the nearest major road.”

To ensure ongoing operational safety, Bobcat plans to install state-of-the-art control systems to provide reliable, real time monitoring. In addition, the facility will be staffed 24/7, with regular, sometimes daily, inspections to comply with both DOT and company regulations. Craddock emphasizes that all inspection records will be maintained at the Bobcat facility and that these records will be available for public inspection.

The project filed for its federal approvals from the Federal Energy Regulatory Commission (FERC) in February of this year and anticipates final approval for construction by the end of the summer. That would allow for construction to begin by the fall to meet Bobcat’s targeted in-service date in 2007. Currently Bobcat is seeking bids from the customer community for its service offerings in a process called an Open Season.

Future Asset
“I don’t have a crystal ball, but the general consensus is that LNG is going to play an increasingly larger role in the nation’s energy equation,” Craddock says. Indeed, she isn’t the only one who believes this. Chevron Corp. announced last December that it is boosting its daily Gulf coast LNG capacity from 700 million cubic feet to one million cubic feet to respond to rising demand. And according to a recent UPI report, “With U.S. natural gas supplies strained and prospects slim for adequate exploration permits in U.S.-controlled areas, LNG is emerging as a near-term solution to soaring natural gas prices.” All of this makes Bobcat a project ideally suited not only to the future of the industry, but the future of the local infrastructure. “That is the beauty of salt dome storage; we can offer our customers unique capabilities with built-in flexibility to respond to changing market conditions,” Craddock says. “At the same time, we’re actively partnering with the community to revitalize the area and work together to achieve a better and brighter economic future for all parties concerned.”

Now that’s a cat that will be leading the pack.

Additional information on the Bobcat Gas Storage project can be found on their website at www.bobcatstorage.com.