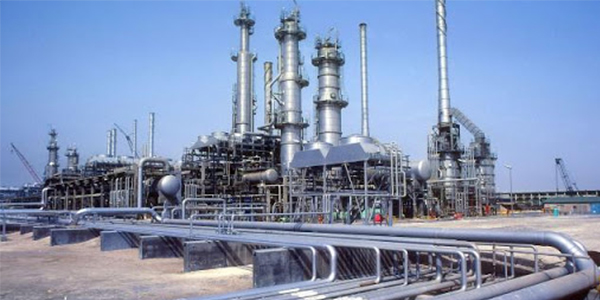 Burgess-Manning, Inc. does its best work when the pressure is in – that is to say, inside industrial systems that move air, gas and steam under pressure. This high-tech designer and manufacturer offers a trio of product lines:

• Industrial silencers and mufflers for engines, compressors, turbines, vents and blowdowns for use in gas, air, and steam systems. As their name implies, silencers control the noise associated with venting pressurized gases into the atmosphere.
• High-efficiency separators for the removal of solids and liquids from gas, air and steam. Used alone or in any number of configurations, separators remove liquid droplets and contaminants from the flow.
• Pulsation dampeners for use on all types of reciprocal compressor applications. Also known as pulsation snubbers, they reduce the pulsations associated with the compression process, and so protect piping, components and compressors from dangerous levels of pulsation and vibration.

Tony Walton, national sales manager, comments on the positions Burgess-Manning holds in those markets, where customers include companies involved in gas transmission, power generation, and oil, gas and petrochemical processes. Focusing first on the line of silencers Walton states, “We’re a leading producer of vent silencers in steam applications in the power-generation business. Our top seller is high-pressure steam vent silencer used in combined-cycle power plants.”

Regarding separators, he explains, “Separators are used in almost all process industries and particularly in the natural gas industry to remove contaminants that naturally occur in gas. We are one of the few manufacturers that offer mechanical assurance and performance guarantee based on proprietary designs. Our product line provides more options for more internal designs than any other single manufacturer.”

For the line of dampeners, Walton notes, “We do specialized fabrication dictated by the structure and the requirement of construction. Some are made of the more exotic, expensive steels, and we have the people who know how to weld those materials.”

Historical Flow
Burgess-Manning’s history establishes the manufacturer’s senior position in its product markets. Founded in 1910 by Dr. C.F. Burgess, the company began manufacturing industrial silencers in 1930, pulsation dampeners in 1945 and separators in 1964. A continuous stream of innovations, product introductions and acquisitions of businesses with complementary expertise followed.

Now, as the largest subsidiary of Nitram Energy, Inc., a multinational company that provides equipment and services for process industries, Burgess-Manning is expanding its global reach. Headquartered in Orchard Park, N.Y., the $30 million U.S. operation is responsible for the domestic market, North American markets in Canada and Mexico, and growing markets in South America and the Far East. Export markets account for 30 to 40 percent of sales. A separate Burgess-Manning network of international offices forms another division that adds approximately $30 million to the bottom line.

Manufacturing operations in the United States employ 250 people and comprise three locations. Two plants are located in Wichita Falls, Texas – one with 40,000 square feet of manufacturing space, the other with 48,400 square feet. The third, in Cisco, Texas, manufactures in 67,000 square feet. Each location houses a state-of-the-art inventory of materials, manufacturing and finishing machinery, processing equipment and testing facilities for its product lines. The Wichita Falls facilities fabricate to ASME Section VIII, Division 1 and 2 Boiler and Pressure Vessel codes, and the Cisco plant operates in compliance with ASME Section IX welding requirements.

Commenting on current product demand and manufacturing operations, Walton notes, “We ship 4,000 to 5,000 pieces per month. We have some standard items that we keep in stock, but 90 percent of what we make is custom. Right now, we are operating at 70 percent of capacity, so we have room to grow.”

Burgess-Manning markets its products through a network of 28 agencies and one direct sales office in Houston, Texas. In-house, eight application engineers convert customers’ requirements into custom designs for their applications.

New Product Stream
Part of Burgess-Manning’s growth is expected to come from new products, which are continually being designed and tested in the company’s extensive research and development program.

In 2001 the manufacturer introduced a line of industrial silencers with technology using single-strand fiberglass – SSF Technology® – which is acoustical absorptive material. Created for gas-turbine exhaust applications but suitable for other applications too, the technology resists physical breakdown, packing and temperature degradation that reduce sound-absorption capabilities.

This year’s product introduction is a line of diffuser silencers that reduce the size and costs of vent and blowdown silencers. As described by Walton, this equipment, can reduce the size of a vent silencer from that of a Greyhound® bus to that of a Volkswagen Beetle.

“When you have a rushing gas stream from a pipe, it sounds like a jet engine, so you have to put a container on the end to slow it down. That container has packing material in it to absorb the sound. We have developed a technology using an engineered diffuser component to alter the incoming flow. This design causes the high-pressure flow noise to shift to a higher frequency that is more easily absorbed or dissipated. In many cases, this may reduce or eliminate the need for large acoustical absorptive sections, so the diffuser is smaller, lighter and less expensive, not to mention easier and cheaper to transport and install.”

Future Course
Walton points out that a good part of Burgess-Manning’s ongoing work is repeat business, especially power from power plants. Citing one example, he says, “A company may order 12 sets of silencers – and each set has 5 to 15 silencers – to be delivered over time. A set can cost between $100,000 and $200,000. Right now, we have orders through 2006.”

Product demand for gas transmission infrastructures is expected to grow significantly with the increasing use of natural gas. Industry analysts expect the current North American market of 24 trillion cubic feet to expand to 30 trillion in the next 10 to 15 years.

According to Walton, stepped-up marketing programs will also contribute to the company’s growth. “We are becoming even more competitive, and our international production will allow us to become even more so. And our use of international sources and resources will grow as we become more globalized.”

He maintains, however, that Burgess-Manning’s high level of customer service will not change. “If you come off the street to do business with us, you will get all the experienced personal service and responsiveness that this company can provide. We have not lost the personal touch the way some large companies have. We make it easy to do business with us.”