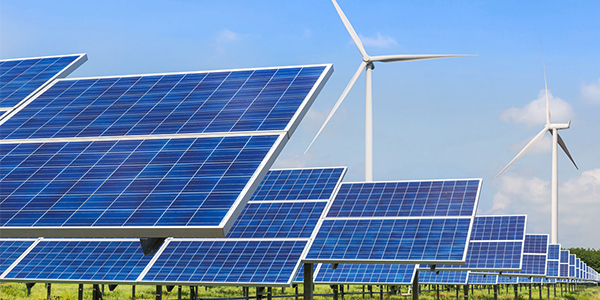 Wind power is a reality today – a bridge that can be built now to a clean energy future. Utility-scale wind energy installations have grown by an average 24 percent annually over the last five years (1999-2004), to 6,740 MW today, and generate enough electricity to power the equivalent of more than 1.6 million average U.S. households.

By 2020 wind energy technology could provide 6 percent of the nation’s electricity – a share similar to hydropower today – up from less than 1 percent today. The drivers are strong: proven technology, attractive cost, vast potential, investor interest, strong demand. These are offset by several constraints, however, mostly institutional and regulatory. The outlook for wind power is good and could be even stronger, depending on how soon and how successfully these constraints are rolled back.

The drivers behind wind energy’s growth are at work in full force this year. The American Wind Energy Association (AWEA) expects 2005 to be a record-breaking year for the industry, with up to 2,500 megawatts (MW) of new wind energy generating capacity likely to be installed in the U.S. These new facilities will bring:

Proven technology
Modern wind turbines are at the cutting edge of energy technology. They feature sophisticated electronic equipment and controls and advanced composite materials that allow the turbines to reap ever-larger amounts of energy from the wind. Modern utility-scale wind turbines are sleek and very tall, reaching some 400 feet high to the tip of the blade. Monitors and sensors allow the turbine to turn into the winds and otherwise modulate performance to maximize output. The turbines’ computers collect and process over 200 types of data, from wind speeds and oil temperature to voltage dips on the grid. A single wind turbine, depending on its size and the wind at the location where it is installed, generates enough to power 250 to 300 average American households or more, year after year.

New studies show that utilities can significantly expand wind power in their portfolios without major adjustments in the planning, operations, or reliability of their systems, even though the output from wind farms can vary with the wind (see for example the study on expanding wind energy in New York state at http://www.nyserda.org/publications/wind_integration_report.pdf. What’s more, the expansion can, in some cases, increase operational reliability by diversifying the power sources on the grid. These studies confirm what has long been the experience in Europe, where Denmark and certain regions of Germany and Spain generate 20 percent or more of their electricity from the wind.

Attractive cost
A growing number of energy companies and utilities now view wind power as an attractive business, and are expanding their operations in wind energy or considering moving into the market. “(Wind energy) will be the biggest generation investment in the next few years,” said Federal Energy Regulatory Commission Chairman Pat Wood III in December 2004.

One of the reasons for this growth is the escalating and volatile price of natural gas – a fuel that now accounts for some 20 percent of U.S. electricity generation. This volatility has slowed the rate of investment in natural gas power plants, long the technology of choice for new electricity generation. Utilities seeking to manage fuel cost and pollution risks are now finding that wind energy can be an attractive option for new generation. Because there is no cost of fuel for a wind farm, wind energy provides insurance against the risk of increases in the price of natural gas and other fuels over time. Wind energy development can also cut consumers’ bills by lowering demand for natural gas, particularly during winter peak demand, and by extending its supply.

Vast resources
U.S. wind resources are vast. In order to generate 15 percent of the country’s electricity (twice what hydropower generates today), only 0.6 percent of the land in the lower 48 states would need to be developed with wind power plants, according to the U.S. Department of Energy. Within that area, most existing land use such as farming and ranching, would continue as it is now, with crops growing or cattle grazing up to the foot of the turbines. Tapping only a fraction of America’s vast wind resources would easily yield much of the new power that the country will need in the years ahead.

Wind energy’s economic development potential is also vast and only beginning to be tapped. In the manufacturing sector, for example, Gamesa, a leading global manufacturer of wind turbines, announced in 2004 that it will open a manufacturing facility in Pennsylvania to serve the growing U.S. market. Just recently, Clipper Windpower, a U.S.-based wind energy company, announced that it intended to open a plant in Iowa, where it would manufacture a new line of large new wind turbines.

Boosting U.S. wind energy installations to approximately eight times today’s levels could create 150,000 manufacturing jobs nationwide, with most being added in the 20 states that have lost the most jobs over the past three years, according to a study by the Renewable Energy Policy Project (REPP), available online at http://www.repp.org/articles/static/1/binaries/WindLocator.pdf . Some 90 companies in 25 states currently manufacture wind turbine components, and over 16,000 companies in all 50 states have the technical potential to enter the wind turbine market, according to the study. Additional job creation would also flow into non-manufacturing sectors such as construction, transportation, marketing, financial, and other services.

Institutional challenges to growth
There are constraints on wind energy’s growth, however, and these are largely regulatory and political, and no less formidable for being man-made rather than imposed by nature or technology. These include:

• Need for long-term federal incentives: The absence of a stable planning horizon for companies operating or seeking to expand their operations in the wind energy sector is a major institutional challenge. The planning uncertainty is due to the cycle of short-term extensions and then expirations of the federal incentive for wind energy, the production tax credit (PTC). The PTC is a valuable and effective incentive that provides a 1.9-cent per kilowatt-hour credit for electricity produced from wind over the first 10 years of operation of the project. When the credit expires, as it has three times now over the past six years, contracts are put on hold, investments come to a halt, and jobs are lost or foregone. A long-term extension of the PTC is needed for businesses to plan for strategic growth in the years ahead and expand their wind energy operations on a large scale.

• Need for fair transmission access and new lines to bring wind power to market: In addition to the uncertainty about the availability of the federal production tax credit, a discriminatory transmission system constrains wind energy’s growth. The nation’s power markets are governed by a patchwork of rules and conditions for access to, and use of, the transmission network. Some charge heavy, unfair penalties against new market entrants or against technologies with different operating characteristics. The result: artificially high costs and inefficient markets. The Federal Energy Regulatory Commission (FERC), which oversees wholesale electric power markets in the U.S., is promoting reforms to ensure fair access for all technologies so that customers can reap the benefits of competition.

Rolling back these constraints and further accelerating wind energy’s growth would reduce dependency on natural gas imports and diversify the nation’s energy portfolio with a safe, clean, abundant, domestic resource.