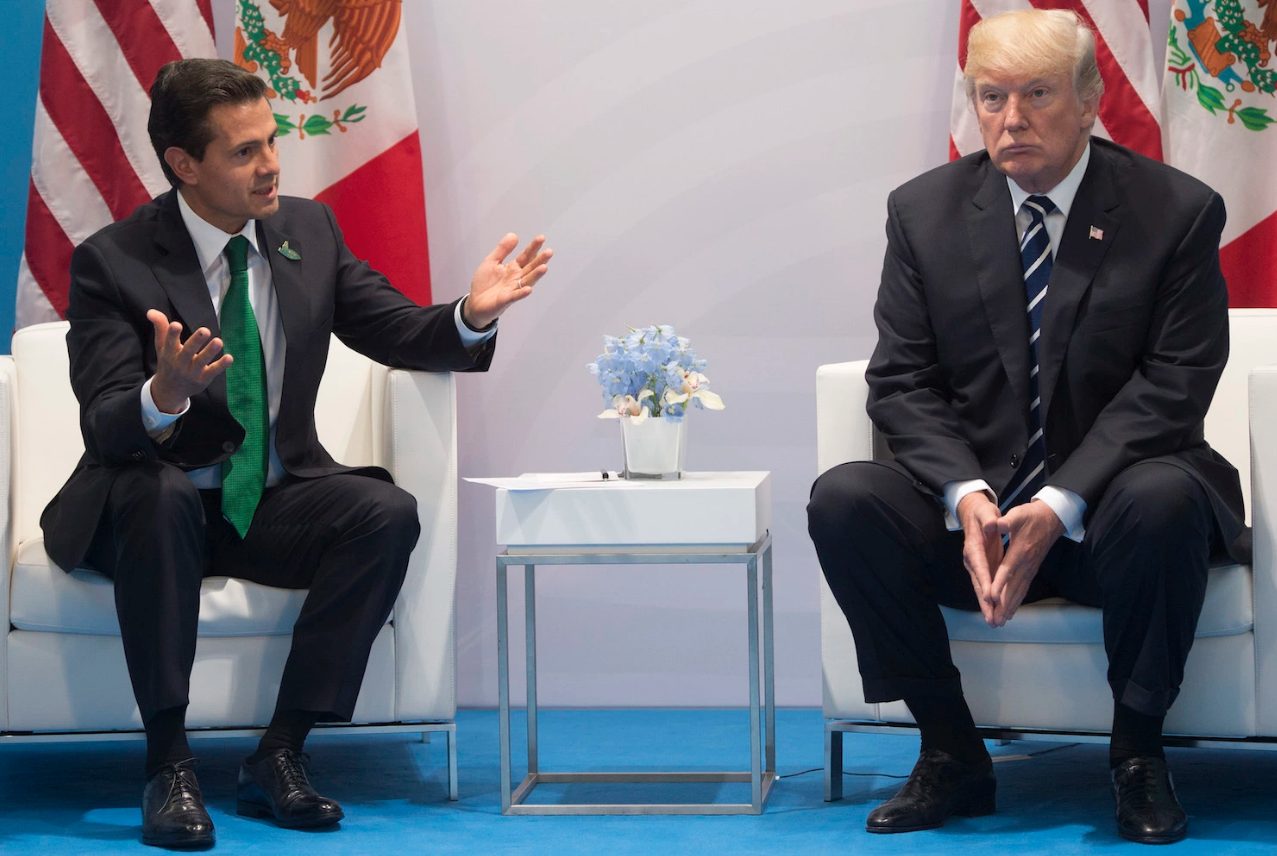 Now let’s suppose that Washington announced that all tax cheating would result in a truly massive and mandatory fine. Chances are you’d become a model taxpayer, or close to it, if your chances of being caught were relatively small.

If this makes sense to you, then you understand one of the main problems that’s plagued the United States since the advent of the North American Free Trade Agreement (NAFTA), and chances are you recognize why what we know of President Trump’s new NAFTA revamp agreement with Mexico leaves that problem almost fully intact.

Although it seems like a big deal that the revised terms require that 75 percent of an automobile be made within the NAFTA free trade zone to qualify for duty-free treatment rather than the current 62.5 percent, as I’ve repeatedly explained, the decision to keep the tariff punishment for noncompliance at 2.5 percent still renders these “rules of origin” toothless. For any automaker whose home base is either inside of outside North America and that’s worth his or her salt should be able to find 2.5 percent cost-savings to offset the levy, or remain plenty profitable even without such offsets. And the high levels of non-North American content that continue to characterize so many vehicles sold inside North America make clear these companies have succeeded in one or both respects.

In other words, because non-compliance is so relatively painless, the existing rules of origin were not stringent or smart enough to achieve their stated aim of luring much automotive production and employment from outside North America to inside North America, and the new rules are no likelier to work any better.

P.S. – the national governments of these non-North American auto producers have always been able easily to help their companies cope with the NAFTA content requirements through a variety of policies – e.g., providing them with new or bigger tax breaks or subsidies, or devaluing their currencies. And because the external NAFTA tariff remains so low, these tactics, too, remain as capable as ever of frustrating the intent of the origin rules.

Even more frustrating for those who hoped for a game-changing NAFTA rewrite, the exact same flaw sandbags the Trump administration’s win with Mexico concerning its separate proposal that duty-free treatment inside North America apply only to vehicles containing 40-45 percent content from factories paying hourly wages greater than $16.

A new piece on Bloomberg.com helpfully confirms the general point about the pointlessness of such a low external tariff, but even more helpfully (if less wittingly) underscores what an immense opportunity has been missed by the administration’s failure to boost these levies.

The article uses U.S. Transportation Department data to show that only three vehicle models currently assembled in Mexico of the 39 sold to Americans would be tariff-ed under the new origin rules regime – and that only one of these is a significant seller in the American market. For Canadian-assembled vehicles, the number that would be affected by the new origin rules is higher – but it’s still only six of the 19 total.

But these Transportation Department data also make clear how likely a much higher tariff would be to shift automotive output and employment to North America. The key is how many of those Mexico-and Canada-assembled vehicles exported to the United States would fall below the 75 percent threshold, and therefore would cost lots more to sell to Americans (say, the 25 percent suggested by Mr. Trump for proposed national security-based automotive tariffs). For Mexico, the number would be 25, or some 64 percent of the number of models its assemblers send to the United States. For Canada, it’s twelve of the 19, or 63 percent.

These numbers as such don’t tell us how many actual vehicles exported from both countries would face these much higher tariffs. But according to the authors, although that figure is a significantly lower than the model percentage number would indicate, it would still represent nearly a third of U.S. vehicle imports from Mexico. Therefore, the costs of noncompliance with the origin rules would be far from chump change for the non-North American producers. (This one-third number also counts cars that would be affected by a separate requirement that 40 to 45 percent of the content of an vehicle come from factories paying at least $16 per hour in order to avoid tariffs.) Exact statistics for Canadian exports aren’t provided, but the authors describe it as “likely” to be similar.

None of the above contradicts the observation that NAFTA external tariffs greater than 2.5 percent would violate America’s World Trade Organization (WTO) commitments. But since when has the Trump administration had use for that regime – or for the previous U.S. trade policies that spearheaded its creation? In addition, why has President Trump not recognized that much higher NAFTA external tariffs – applied, along with universal rules of origin – would solve most of the biggest and chronic U.S. trade problems he’s complained about with foreign rivals like China, Germany and the European Union, Japan, and South Korea.

The answers to date remain unclear at best. What’s perfectly clear, though, is that although President Trump is often portrayed as a disrupter, his new NAFTA deal with Mexico is anything but.