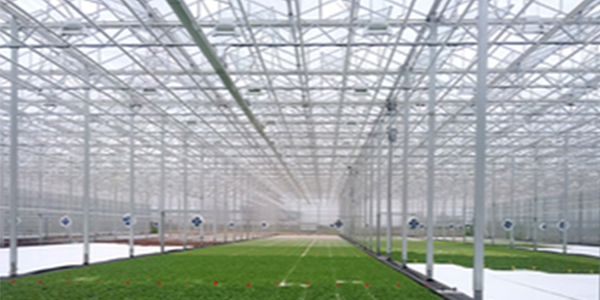 Why did the chicken cross the road? To get from the co-operatively managed farm in Eastern Canada to a major supermarket in Northeast United States, of course. And by the end of this year, Eden Valley Farms’ fully cooked poultry products representing thousands and thousands of birds will make the trip across the border.

Kevin Beyea, vice president of sales and marketing, discusses the extension of Eden Valley’s reach from its base in Nova Scotia to this country. “We’ve been in business over 60 years, and we have basically focused on the Canadian market. We are now in a position to look at new markets, and the United States is one that we’re poised to enter with our further-processed, fully cooked products.”

Eden Valley Farms products that will make their way south to the United States are all-white-meat, breaded chicken nuggets, burgers, balls and strips. Beyea emphasizes that the fully cooked, frozen products are ready for serving “after a brief encounter with the microwave or oven.” But looking to longevity for the company’s quick-cook foods in this new market, he adds, “Once we establish ourselves with a customer base, we’ll work with those existing customers to add to the product line.”

Building a Bigger Co-op
Eden Valley Farms is part of ACA Co-operative, an egg-and-poultry venture established in 1943. The ACA acronym stands for the co-operative’s large geographic growing area, which takes in Annapolis, Cornwallis and Avon. The even larger marketing area for the co-op’s fresh and frozen products encompasses the Eastern Canadian provinces of Ontario, Quebec and Atlantic Canada.

Describing the advantage of ACA’s co-op organization, Beyea says, “The vertical integration of the company is our strength. We control our entire supply chain, and our company mission statement embodies that fact: “From our farms to your family.” We control every aspect of our production process. That includes all raw materials required from breeder farms, to collecting the eggs to bring to hatcheries for chicks, to the farmers that grow the birds. And then we process the birds. So we’re really in control of the whole system.”

The co-op’s products include fresh and processed chicken and turkey products, and eggs – all supplied by approximately 72 grower members. Processed products add up to 50 million pounds of chicken and seven million pounds of turkey a year. Co-op poultry farmers also put about $5 million worth of table eggs on the Canadian market annually.

According to Beyea, Eden Valley Farms products account for a substantial part of ACA’s $55 million in annual sales. He says that the venture into the U.S. market represents an opportunity to add another $10 million to $15 million in processed-food sales to that figure. Beyea predicts that it will take 24 to 36 months to fully hatch this new market. He says Eden Valley Farms is currently in negotiation with a number of major supermarket chains to place the products in their frozen food sections by the end of 2003.

Product Incubation
The Eden Valley Farms label first appeared on ACA products in Canada’s stores about five years ago. The further-processed, fully cooked, breaded chicken products turned out to be immensely popular in Canadian markets. Beyea says that the selling points of good taste and convenience are basic to the U.S. product launch. When asked about the origins of the recipes, he says that they were developed over a period of years and that Eden Valley worked to get the combination of quality and taste that would satisfy today’s discerning customers – an effort that is reflected in the all-white-meat formulation. As to the convenience, he states, “We certainly have that. Our chicken nuggets, burgers, balls and strips are packaged in resealable zip bags. And they take only 10 to 15 minutes to cook.”

Nevertheless, acknowledging the need to adapt to American taste, a specially created marketing campaign will be rolled out for American shoppers. A new Eden Valley logo will make its appearance on the packaging. Labels that feature fantasy figures in farm gear have been designed to convey the ease and fun of what Beyea calls these “any-occasion foods.” Additionally, the labeling will be bilingual in English and Spanish to provide nutrition and content information to a broad market.

Another key point with Eden Valley is the safety of its fully cooked product. Beyea says, “The fact is that all our fully cooked food is safe, so parents don’t have to worry about kids coming home from school, wanting a snack, and undercooking it. If the kids want something fast and cook it eight minutes instead of the 10 to 15 minutes called for, it will just be colder than you or I might want it to be. But it won’t make anybody sick. It will just taste better if it’s hotter.”

Keeping Abreast of the Market
Speaking about the business aspects of supplying food products, Beyea says, “The current customer trend is for quick nutritional food, and that’s where the growth is in this industry. And we have the capability and the knowledge to react to this need in the marketplace.” He says Eden Valley products will be competitively priced for the U.S. market, and adds, although the company has initially targeted the Northeast states, the supply-and-delivery chain already has the ability to ship as far south as Georgia.

Among the enterprise’s capabilities are the two Eden Valley Farms’ processing facilities. At a 55,000-square-foot plant in Kentville, Nova Scotia, more than 200 employees perform the breast deboning process and further processing of the poultry into market-ready products. The fresh poultry is shipped to Kentville for processing from the company’s plant 10 miles away – a 40,000-square-foot plant in New Minas, where more than 200 employees are engaged in primary processing of the birds. Says Beyea, it takes 24 hours or less to produce and package finished products, and certain fresh products reach the Canadian markets in a matter of hours.

The combination of Eden Valley’s marketing strength and ACA Co-operative’s production and distribution resources bodes well for the U.S. venture. Beyea says that this is the company’s first major venture into export, but that they are counting on their tradition and proven capabilities to make it a success. He adds, “We’ll be emphasizing that the Eden Valley Farms brand in Canada is synonymous with farm-fresh goodness. It’s our intent to position ourselves and extend that strategy to the United States so the retailers and customers become quickly aware that our products are farm fresh and that everything we produce is in our control.”

Beyea says the company has everything in place, is ready to do business in the Northeastern United States and will partner with as many retailers as possible to introduce Eden Valley Farms products to America. When Eden Valley Farms was launched in Canada in 1997 there were six products in its line. Today, the Canadian brand has 34 poultry products and 13 egg products. In the American market, there is no doubt but that the chickens will come before the eggs.