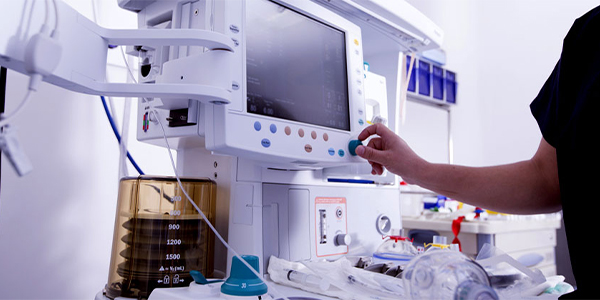 A solid work ethic, tradition of quality, strong sense of community and a belief in its people all contribute to the notable company known as Guidant Puerto Rico (GPR). It was established in Puerto Rico in 1989 as a manufacturing site and is part of its larger parent company, Guidant, a world leader in the design and development of cardiovascular medical products. Guidant was incorporated in 1994, and since has grown to $3.6 billion in revenue and more than 12,000 employees. Corporate headquarters are in Indianapolis, with additional major operations in California, Minnesota, Texas, Washington, and Ireland.

Located in Dorado, Puerto Rico, GPR’s 1,030 employees are fiercely dedicated to the manufacture of medical devices for the treatment of cardiac and vascular diseases, which are distributed globally. These devices include pacemakers and defibrillator leads. Leads are thin insulated wires that deliver therapy from the pacemaker or defibrillator to the heart and send information about the heart back to the device. GPR also manufactures guidewires, which are used to repair occluded arteries using the angioplasty procedure and the VasoView system, used to harvest the saphenous vein from the leg for use in bypass surgery. GPR is Guidant’s sole supplier for leads and the VasoView system, and currently manufactures approximately 50 percent of Guidant’s guidewires, which translates into some 360,000 leads and one million guidewires annually.

GPR’s headquarters are a generous 172,000 square feet, 50,000 of which is dedicated to controlled environment areas or “clean rooms,” specially designed for the creation of medical devices that need to meet stringent guidelines regarding sterility. “We typically invest about $5.5 million annually on equipment and infrastructure enhancement,” says Heriberto Diaz, Vice President and Managing Director of Operations for GPR. “We just finished an expansion of $8.4 million dollars which took about a year and moved in May of 2004. This expansion included office and laboratory space for our microbiology and chemistry testing areas.”

People with Pride
While a strong member of the Guidant team, GPR has been able to distinguish itself by its continuous improvement approach and drive for innovation. GPR is one of the most productive plants within Guidant: it has the lowest cost structure and a track record of lowering product cost year after year. Talking to GPR’s Diaz you begin to gain a sense of how this has been accomplished. “You have to have passion for what you do. I do what I do because at the end of the day I want to help people. I want to help the patients who benefit from our products and I want to help the people who work for us. I also am focused on helping improve the quality of life for people in Puerto Rico. It drives me every day,” says Diaz. “I am from the mountains of Puerto Rico, a community of farmers who were very appreciative, down-to-earth people who worked hard for what they had and appreciated their bounty. We valued everything we had. It was a blessing. I try to bring that attitude to my work here. All these factors drive me every day and I want to make sure the people who work for me understand that. You have to be there for your people. It doesn’t mean you’re not going to be strong leader and you’re not going to be demanding. But if you gain the respect of your people you get a lot more done.”

GPR’s approach is working flawlessly. Year after year it has successfully passed all internal and external audits, including FDA, ISO and environmental audits, demonstrating its strong commitment to quality and compliance. GPR has been used as a benchmark not only by the other Guidant manufacturing sites, but also by external companies, including Hewlett Packard and Ocular Science. “In addition, we have a very strong record of predictability in our financial results, meeting our budget targets every year,” says Diaz.

GPR is also focused on continuous improvement and innovation. The state-of-the-art processes and systems it has implemented over the years are case in point. For instance, there is its Automated Traceability Systems (MATT), which automatically records and stores all the traceability data associated with the manufacturing of its leads. The company has implemented a computer based CAPA system (CATsWEB) that tracks all the information associated with its corrective action system. Quality Digest Magazine recognized this system as the benchmark for the medical devices industry. GPR also has a corporate lab, which is capable of performing more than 90 percent of the testing required for component and product acceptance.

GPR also has been named to the prestigious list of the “20 Best Employers to Work for in Puerto Rico” for four consecutive years. In 2003 the Puerto Rico Manufacturers Association named GPR the “Manufacturer of the Year.” This award is given to a company that has significantly contributed to the economy of Puerto Rico through the creation of new jobs, and has been actively involved in helping the community, demonstrated a strong commitment to quality and compliance and has a track record of continuous improvement and innovation. The Puerto Rico Manufacturers Association also named GPR’s Heriberto Diaz as the “Manufacturing Executive of the Year” in 2003 and has named a member of GPR’s management team as “Manufacturing Manager of the Year” for the last three years.

World-Class by 2006
Never one to rest on its laurels, GPR is firmly focused on its latest goal: achieving world-class status. GPR is currently engaged in a world-class initiative that contains several elements, including lean manufacturing, Six Sigma, Kanban, Working in Teams, Total Productive Maintenance and Design for Lean. The organization is fully engaged in these initiatives and has achieved more than 50 percent reduction in its cycle times; productivity improvements have reached the 30 percent mark in most production lines and in some cases as much as 75 percent. The Six Sigma initiative has helped GRP realize some significant cost savings. All product cost targets have been met and have consistently dropped. GPR’s employee retention rate has averaged 97 percent for the last three years.

“Our greatest asset is our people. Working toward a winning culture will ensure our future success. We will accomplish this by recruiting the best talent and developing, rewarding and recognizing our people. We strive for an environment in which our people are given the opportunity to develop and grow,” says Diaz. “Achieving world class status and continuous improvement is what distinguishes us from the competition. But having our employees buy in on top of that, that makes us a wonderful organization and a place I’m proud to come to every day.”