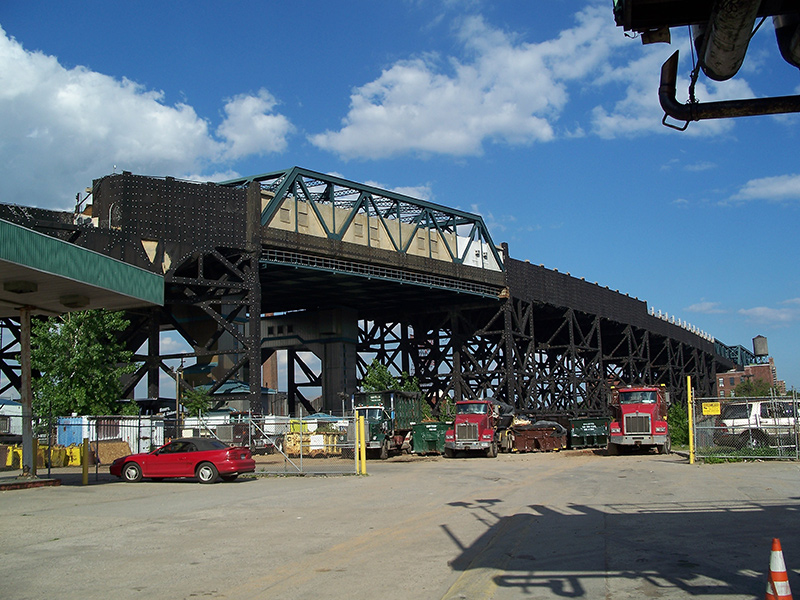 At the beginning of the year, President Trump unveiled a $1.5 trillion plan to fix America’s D+ rated infrastructure. However, with only $200 billion of that coming from the federal government, many are left wondering how America’s bridges, roads, and utilities can be built and repaired in a cost-effective way without leaving them vulnerable to long-term degradation or turbulent natural disasters. With the 2018 hurricane season right around the corner, this is an urgent issue.

In a political climate driven by a scarcity of funds, the United States can most effectively use taxpayer dollars by prioritizing funding for innovative technology and changing the way our nation builds. Today, a majority of North American bridges, utility poles, crossarms, pipes, and tanks rely on materials that are a legacy from the past such as wood, concrete, and steel. These materials, while familiar to the engineering community, come with a number of all-too-familiar issues, including high maintenance costs, poor strength-to-weight ratios, and slow, costly and labor-intensive installation; factors that lead to premature aging and leave the end product vulnerable to rot, corrosion, and storm damage.

However, thanks to robust market advocacy from the American Composites Manufacturers Association (ACMA) and its member companies, many engineers have increasingly turned to fiber-reinforced polymers (FRP), which offer lighter weight, more efficient installation, less maintenance and repair, greater durability and design flexibility. As all industries face workforce development challenges, lightweight composite materials significantly reduce the potential for injury and extend the working life for construction workers. Adding these composite materials to our nation’s toolbox of construction options can bring long-term savings by reducing labor costs and by resisting nearly everything from fire to salt water to hurricanes.

Although FRP is not yet the primary material used in civil engineering, there are plenty of examples that show how composites can serve the needs of communities in need of stronger, longer-lasting structures.

Since the construction of the first all-composite bridge superstructure in Miyun, China, in 1982, composites have been gradually gaining acceptance from civil engineers as a construction material. Today, composites are often utilized as reinforcing materials for concrete in repair and retrofitting of existing infrastructure applications. Over the past 20 years, more than 500 new bridges in North America have been built with composites. Thousands more have had concrete structures repaired with composites, including some of the most iconic ones in the world, such as the Sunshine Skyway Bridge in Tampa, Fla.

When it was first constructed, the Skyway was the world’s longest bridge. But while it was aesthetically appealing, beneath the surface, many of its trestle span girders were cracking. The bridge’s inspection history indicated that the number of cracked beams had increased over time. In addition to the deficient girders, there were a number of cracks in the bridge’s pier caps. In some cases, these cracks were very large and exhibited visible signs of water penetration and damage. Not only were the girders deficient in terms of shear and torsion, but they were also compromised from a durability standpoint. A repair was critical in order to protect the bridge against future concrete fatigue.

Prior to the start of construction in 2006, load testing was performed on scale models of the precast girders in the Florida Department of Transportation’s (FDOT) Structures Lab in Tallahassee, Fla. The tests confirmed that an upgrade with carbon fiber/epoxy composite materials would be the best solution for repairing the shear deficiency in the girders.

FDOT turned to Lyndhurst, N.J.-based Sika Corporation to provide the materials, which easily conformed to the geometry of the girders. Furthermore, Sika’s products were very easy to install, extremely durable, not susceptible to corrosion, and provided high tensile strength and modulus of elasticity. By planning out the construction sequence and using a well-trained workforce with previous experience working with carbon fiber composite materials, the job was completed one month ahead of schedule.

Sika’s materials were also instrumental in the repair of a viaduct supporting the highest aboveground subway station in the world – the Smith-9th Street stop on the New York City MTA Culver Line. The viaduct is primarily supported by a series of concrete-encased steel bents that have been in service since the 1930s. However, since the viaduct had no existing waterproofing membrane, water infiltration was a serious problem. As the water penetrated the concrete, it caused significant corrosion damage to the reinforcing steel and the underlying steel members encased in concrete. This led to cracking, which eventually led to pieces of concrete coming loose from the structure. In 2011, the city decided to repair the viaduct with 1 million ft2 (92,900 m2) of composite fabric from Sika to provide confinement to the concrete.

Working on an elevated viaduct on an active subway line in the middle of Brooklyn would present enough obstacles for any contractor. However, no one predicted what would happen in October 2012. Hurricane Sandy struck New York with a vengeance and caused the entire NYC Subway System to shut down, with many lines being out of service for over a week due to significant flooding. Wind gusts were recorded at 100 mph (160 kph), 53 New Yorkers lost their lives, 250,000 vehicles were destroyed, and $18 billion in damages were recorded just in New York. Despite this devastation, work on the Culver Line was only shut down for a few days, as the new FRP reinforcement successfully resisted the hurricane forces.

An Alternative to Wood Utilities

While hurricanes can have a devastating impact on ground transportation, their damage to an area’s utilities can be felt for years. Most of today’s utility poles are made of wood, which is susceptible to significant damage from rot, pests, storms, and wildfires. This forces utility and telecommunication companies to replace 2.5 million wood power distribution poles every year that are damaged and destroyed by woodpeckers, ants, termites, and storms. According to a 2009 report from the U.S. Department of Energy, more than 70,000 utility poles were destroyed during Hurricane Katrina. Another 60,000 were destroyed during Hurricane Sandy.

However, despite their drawbacks, utilities continue to replace failed wood poles with more wood poles that are destined to fail. This happens, in large part, because of a disconnect between how long people think wood poles last (60 years) and how long they actually do (25- 30 years). Composite poles, however, can last two to three times as long as the average wood pole, will not rot over time, and are virtually maintenance-free over the lifetime of the pole.

One area that has seen firsthand how composite poles perform in hurricanes is the Virgin Islands. After Hurricane Irma, only eight poles in the territory were left standing. All eight were made with FRP. Typically, when a Category 5 hurricane goes through a region with sustained wind speeds in excess of 156 mph, a wooden utility pole might not only fail, it could also create a cascade by bringing down many other poles with it. Composite poles, like the ones erected in parts of the Virgin Islands by RS Technologies, have enough reserve strength to absorb that elastic strain energy and stop the cascade failure.

Another area that took a major hit during Hurricane Irma was the Florida Keys. Prior to the hurricane, CompSites International (CSI) was working on a microcell application to extend the cellular network for AT&T in Big Pine Key, Fla. CSI has a long track record of success working with Verizon, AT&T, T-Mobile and other wireless and utility companies in providing small cell pole infrastructure, integrated cabinet designs, and full-turnkey site development services.

CSI’s relationship with AT&T, along with product demonstrations that proved composites could withstand 150 mph winds, were the deciding factors in composite poles being chosen for the project. CSI worked with Creative Pultrusions, Inc. (CPI) to install 30 of CPI’s pultruded composite poles. After the hurricane hit, CSI visited every installation in Big Pine Key and verified all poles were still standing.

For years, a lack of design codes and standards has been a major barrier to increased adoption of composites in infrastructure. Last year, ACMA took a major step to address that problem during a workshop at the National Institute of Standards and Technology (NIST) that laid the groundwork for a “roadmapping” document that outlines actions that industry, academia and Congress can take to help engi neers and designers build more confidently with composites. The report identified needs including aggregation, validation, and dissemination of existing standards, development of advanced durability testing and performance modeling, increased education and training.

ACMA moved one step closer to overcoming these barriers on April 18 during a congressional hearing on how creating standards for composites can strengthen American infrastructure. The hearing focused on the benefits of composites and explored NIST’s unique ability to aggregate existing standards and design data for composites and validate them for broader dissemination and use.

In addition to its advocacy in the standards space, ACMA is working with Members of Congress to bring forth legislation that would create an interagency innovative materials task force to assess existing standards and test methods and compare them against composite materials. ACMA is also working to educate end users and asset owners through its new website, DiscoverComposites.com. The site features an introduction to the basics of composite materials, their benefits, how they’re made, how they compared to other materials, and a wealth of case studies and market applications. The website also features rebuttals to some commonly held myths about FRP.

Tom Dobbins has been the President for the American Composites Manufacturers Association (ACMA) since 2006. Prior to joining ACMA, Mr. Dobbins served in the Executive and Legislative branches of the US government, as well as in two other associations. He has also worked in the private sector doing government relations and public relations.

During his tenure at ACMA, Dobbins has worked with ACMA members and staff, along with partners at the Society for the Advancement of Material and Process Engineering (SAMPE) to launch the CAMXThe Composites and Advanced Materials Expo. Since its launch in 2014, CAMX has established itself as the premier composites industry event in North America. Dobbins has also overseen the creation of a new Education Hub for technical industry resources, as well as new websites for Composites Manufacturing magazine and ACMAnet.org. His leadership also led to the creation of targeted education websites, CompositesLab.com and DiscoverComposites.com, designed to promote the benefits of composites to a wider audience.

Under Dobbins’ leadership, ACMA’s Composites Growth Initiative program has launched new committees and new programs and its government affairs program has been effective in working with federal agencies and Congress on key issues for the industry. ACMA’s federal advocacy has led to the inclusion of language in the 2015 highway bill that directs the Transportation Research Board to study the performance of bridges made with composites.

Dobbins also oversaw ACMA’s work with the Department of Energy and stakeholder groups to launch the Institute for Advanced Composites Manufacturing Innovation (IACMI), which will invest over $250 million in R&D in the industry over a 5-year period to promote composites recycling and workforce development.

Three Places for The Future of Work in Manufacturing