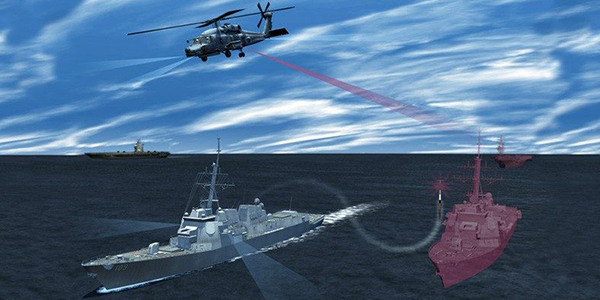 The Naval Electronics & Surveillance Systems/Surface Systems unit of Lockheed Martin is more than a mere military supplier. This company looks upon its more than 40 years’ relationship with the U.S. Navy as “a heritage of service” — in the words of Jack Irving, the unit’s vice president-life cycle and production support. Indeed, few companies have this kind of service record. It has provided naval electronics, surveillance systems, radar, surface ship electronic warfare products and missile defense products to the U.S. Navy and to other navies around the world.

But NE&SS-Surface Systems’ pride in itself stems from more than its link to this nation’s defense. Over the past 10 years, the company and other defense vendors have had to respond to a restructuring of the defense products industry. With other suppliers being swallowed by consolidations or lack of capital, Surface Systems reconfigured itself to meet the new realities. “We increased our outsourcing, we shut down facilities and we created partnerships with our unions,” Irving says. “Now we’re a stronger company than ever. We’re very proud of this.”

Surface Systems accounts for about $1 billion of annual sales. These revenues and its 10-year efforts to strengthen itself have combined to create “a very solid business base,” Irving states. “Our long-range forecast calls for rather significant growth for many years. We’re robust and healthy, and we’ll be that way for the long term.”

Stalwart of the Navy
Surface Systems began in 1953 as a division of RCA. In 1986, it became part of General Electric, which sold the unit to Martin Marietta in 1993. When the latter firm merged with Lockheed two years later, Surface Systems became an operating unit of the combined parent — a very comfortable position given than Lockheed Martin is now a $25 billion-a-year company and one of the most critical suppliers to the U.S. military. Inside the Lockheed Martin organization, NE&SS-Surface Systems is part of the Systems Integration sector, which does about $12 billion in annual sales.

Surface Systems specializes in combat system engineering development, production, integration, test and lifetime support for naval surface ships. It’s headquartered in Moorestown, N.J., a location that includes more than 1 million square feet of its own plus an additional 500,000 square feet that it leases, and 4,100 employees.

NE&SS- Surface Systems’ manufacturing is certified for both ISO 9001 and ISO 14001. It has also earned recognition as one of the top 10 manufacturing facilities from Industry Week magazine (the first time a defense facility has ever made this ranking) and the New Jersey Quality Achievement Award. The facility is a VPP Star Site for Environmental Health and Safety.

Full Combat Resource
NE&SS produces land-based systems, combat and ship systems, and radar. In the first category, its products include radar systems for air defense, range instrumentation, weapon location and threat simulation, all of which support worldwide requirements for land-based defense systems. In combat and ship systems, the company provides systems design, documentation, development, production, integration and test, which all combine to produce combat-ready ships. Its radar offerings are the world’s most advanced in this category for naval, surveillance, anti-air warfare and range-tracking applications.

Its customers can bank on having a supplier with a solid record of achievement. The first ballistic missile early-warning system and the first multiwarfare combat system both emerged from NE&SS-Surface Systems. It can also take credit for developing active solid-state phased-array radar systems, lunar space rendezvous radar, the automated intercontinental ballistic missile launch control system and range instrumentation radar.

The Industry Week ranking and award from New Jersey are just two of the citations Surface Systems can claim. Last year, the Moorestown facility received the James S. Cogswell Outstanding Industrial Security Achievement award. The company is particularly proud of its work in environmental protection, and has garnered recognition for this as well. Also last year, it received the New Jersey Department of Environmental Protection’s award for outstanding achievements in recycling. Early this year, it accepted the U.S. Environmental Protection Agency’s National Environmental Achievement Track. The company has also put itself at the safety forefront in its facility; the National Safety Council bestowed its Perfect Record Award when Surface Systems surpassed the 5 million mark for hours without a lost-time injury.

Anchors Abroad!
Surface Systems’ customers in the United States — the Department of Defense and other government agencies — account for nearly 75 percent of its client base. Domestic commercial and international markets make up the balance. Among the latter, NE&SS-Surface Systems has supplied products to the navies of Australia, Japan, Spain and Norway.

Surface Systems’ outlook for the future is extremely positive. Irving says the company is a prime contractor for Aegis, a total weapon system from detection to kill, whose heart is an automatic detect-and-track, multifunction, phased-array radar. The company is anticipating significant growth from the international arena as well. Irving says it is currently negotiating to become a supplier to the navies of Korea, Taiwan, Chile and Turkey.

That Surface Systems is a valued supplier to both the U.S. Navy and to the other navies mentioned above is apparent from the atmosphere in the Moorestown headquarters. Irving says, “We have officers and sailors walking around here every day.” Their presence is testimony to the company’s vital role in this country’s and other countries’ defense efforts. It also underscores the defense sector’s need for the innovation and the state-of-the-art development and production that is part of the NE&SS-Surface Systems tradition. The company’s commitment to this goal, like the U.S. Navy, will never change course.