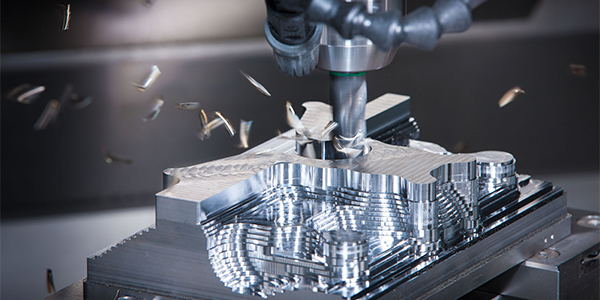 If you look at Ann Arbor Machine Company’s customer list 16 years ago and compare it to today’s list, you’d see the same names. It’s a testament to the company’s unyielding devotion to its customers. “We focus on building relationships and becoming our customer’s partner. We don’t spend a lot of time advertising. While we are always looking for opportunities with new customers, we devote a great deal of our time to nurturing our existing clientele, listening to them and delivering what they want,” says Jim Woods, president of Ann Arbor Machine.

Ann Arbor Machine works primarily for the automotive industry but also provides machines for small engine manufacturers and small equipment manufacturers, such as makers of lawn and garden equipment. The company has always had a history of innovative solutions to machining problems. Years ago its focus was in dedicated machine lines but today its customers are driving a shift toward more flexible machines.

“We needed to become more versatile as the marketplace changed,” explains Woods. “Years ago dedicated machine lines were much more in vogue. But because of offshore competition, shorter product cycles, lower volumes, less loyalty with the big three to suppliers, and more diversification in vehicles, we had to start building something different. The machines we used to offer could produce a million of one part. Today, customers need something that will be more adaptable or produce a family of parts.”

An Innovative Vision
Ann Arbor Machine defines quality as meeting or exceeding the needs of its customers. In order to achieve superior performance, it strives to build reliability, maintainability, and durability into every aspect of its machines and components. It is a formula that’s worked quite well for nearly two decades.

Robert Betzig, a veteran of the machine tool industry, founded Ann Arbor Machine Company in July 1985. He envisioned a company expert at developing innovative solutions for its customers’ most challenging manufacturing problems. The newly formed Ann Arbor Machine Company purchased the assets and assumed the operations of a machine shop located just west of Ann Arbor, Mich. Most of the company’s revenues during the first year came from producing small parts and sub-assemblies and resulted in a respectable $6 million in sales.

To build on that foundation, Betzig assembled a group of talented design engineers who began developing concepts for sophisticated, high-volume machine tools. Sales doubled to more than $12 million in 1987 and Ann Arbor Machine had begun building a reputation for providing reliable and cost-effective metal-cutting machines.

Within 18 months, the company had outgrown its original 35,000-square-foot building. Three additional buildings were added during the following two years: one to house the expanding engineering department and two additional assembly bays to accommodate the ever-larger machines being built. By 1989, the company’s sales surpassed $21 million.

Diversify & Conquer
The 1990s brought an exciting period of growth for Ann Arbor. It began investing in new technologies to complement its metal-cutting machine operations. In 1992, the company started its Electrical Discharge Machining (EDM) division to research new machining methods. This group has produced some of the fastest and most technologically advanced EDM machines in the world. The company meets the demanding challenges and special requirements for high-volume small hole production EDM equipment, from fully automated machinery used for making precise microholes in fuel injectors, to custom products for producing deep and shallow-angled cooling holes in aerospace components.

By the mid-1990s, the company’s sales volume had surpassed $50 million and Ann Arbor Machine began vertically integrating some of its component manufacturing to gain a stronger hold in the marketplace. In 1996 the company launched its Gear Technologies Division to meet all of its internal gear, spline, and spindle requirements, as well as to supply a growing number of customers in a variety of industries.

Growing Pains
Ten years of growth saw the company’s sales volume grow ten-fold. But it wasn’t without its growing pains. By the mid-90s, Ann Arbor Machine was operating out of nine different rented buildings. Coordinating information and material among nine buildings in order to produce special machines was extremely difficult.

Bursting at the seams, a 200,000-square-foot building became available and Ann Arbor Machine jumped on it. The Dana Corporation had decided to move out of its manufacturing facility in Chelsea, Mich. This facility was well suited to Ann Arbor Machine’s requirements for size, location, and function. The company added a two-story engineering facility and raised the assembly bay roofs to a height of 20 feet. By 1995, all of the company’s machine-building operations were moved to the Chelsea facility with Ann Arbor’s Production and Parts Division moving to occupy the original buildings just west of Ann Arbor.

Ann Arbor Machine intensified research into gear and spindle development within its Gear Technologies Division. Within months, the company developed a reputation as a leader in gear prototyping, and in March 2000 acquired a new 20,000-square-foot facility in Dexter, Mich. dedicated to gear development and manufacturing.

The Gear Technologies Division, which has worked with such companies as Delphi on the Quadrasteer(tm) program and GM on its Electric Bus, now produces high volume production gears and continues to work closely with customers on the design and development of innovative gear systems.

With long-standing certification to both ISO: 9002 and QS-9000, the Ann Arbor Machine Production Division has incorporated the quality systems and continuous improvement philosophy to maximize on-time delivery and to minimize defects. Over the years, it has manufactured millions of precision parts.

Agile & Faster
Ann Arbor Machine has developed new manufacturing technologies to provide for faster, more accurate machine tools. “We’ve built machines that address the trend toward lower volumes and product cycles that are shorter. We’ve addressed different uses for machines to help minimize a customer’s capital investment. By the early ’90s we were among the first to build flexible machining systems that had some degree of specialization but were also made so they could be redeployed or run with different product families.” Ann Arbor Machine has spent the last 10 years refining these products and now offers a standard line focused on flexibility. “We still build dedicated machines, there are still some applications for it, but the trend is toward flexibility,” says Woods.

“Our technically skilled team of employees has grown to nearly 250 strong. With annual sales in excess of $50 million, and with over 250,000 square feet of manufacturing space, Ann Arbor Machine enters the new millennium with the resources to bring our new technologies to fruition,” says Woods. “As the global manufacturing revolution unfolds, Ann Arbor Machine Company intends to remain on the cutting edge.”